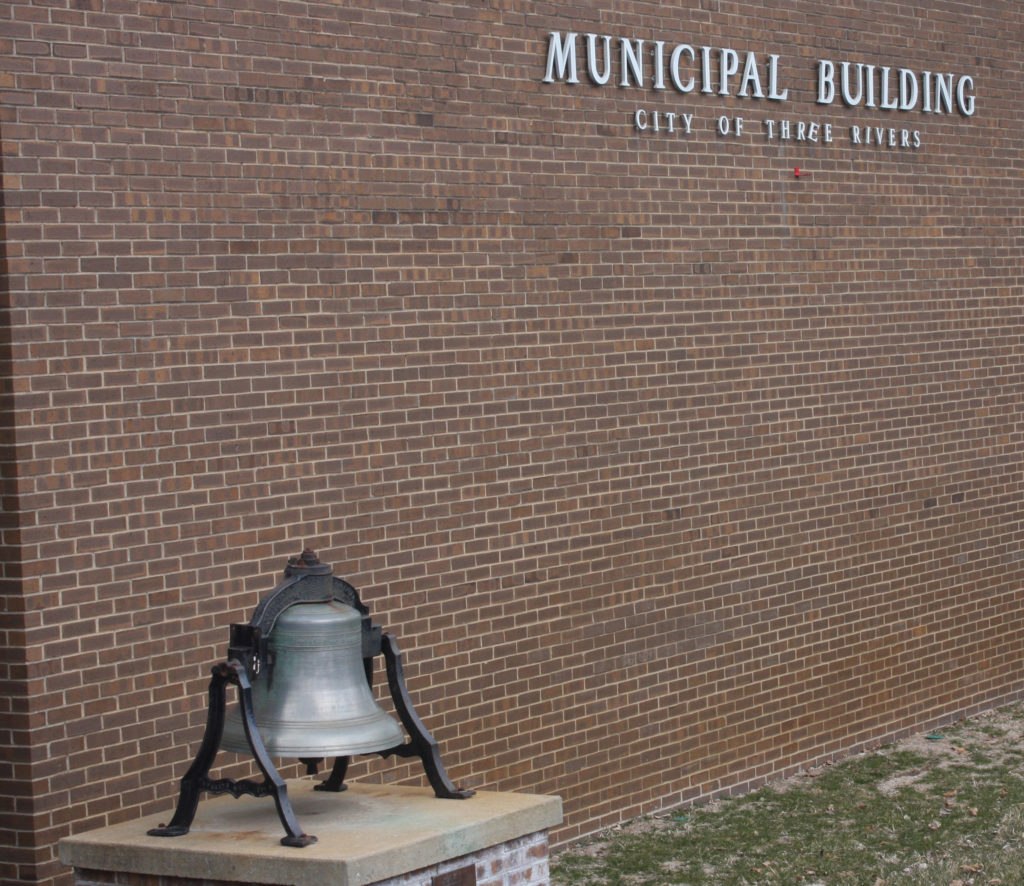 The Three Rivers City Commission approved a number of proposed revenue and expenditure adjustments to its general fund in anticipation of potential reductions in state shared revenue due to the financial impact of COVID-19.

As previously reported by Watershed Voice, the city has temporarily furloughed staff, and in an effort to tighten its 2019-2020 FY budget “scrubbed each line item for unrecognized savings.” Among the changes implemented Tuesday, was a reduction of $93,274 in anticipated intergovernmental funding.

“In the general fund portion you reduced intergovernmental shared revenues by the state by $93,000, and we tried to cut expenses to match that somewhat,” Mayor Tom Lowry said to Finance Director Cathy Lawson Tuesday. “My question is, is that a known number or is that a guess?”

Lawson said the $93,274 reduction is “somewhat of a known number” based on the state’s May revenue consensus numbers, and the report’s state shared revenue estimates.

“We have six state shared revenue payments in a year, we have received four of them, and the remaining two are expected to have a 40 percent reduction on each of those payments on the constitutional share side,” Lawson said.

Lawson said as the city finance department works on the 2020-2021 budget, they are taking into account reduction of ACT 51 money as well as additional reduction to state shared revenue.

“It’s going to be a very unique fiscal year, it’s a moving target for 2020, as we are nearing the end of our fiscal year but it’s also going to be a challenging fiscal year in 20-21 that we’re going to have to monitor expenses quite extensively,” Lawson said.

“We may budget for them but not make them until later in the year until we see how things really roll out,” Bippus said. “Like you said (Mayor Lowry), we acted quickly to limit and get some savings immediately before the end of this year in anticipation of the coming crisis. And like I told Cathy, ‘We’re in a pandemic, but we don’t have to panic.’ The city is in a position where we can ride out the storm, but we still need to be very careful.”

Lowry and Bippus commented on a recent decision made by the Lockport Township Board in the matter of a PA-425 agreement that would have transferred the industrial facility at 57332 N. Main St. from Lockport to the City of Three Rivers for 50 years at 3.5 mills.

Lowry continued, “Because once again on a controversial issue everybody on the Lockport Township Board or Council said zero, except for the person who made the motion, and it went down 4-1. I just think it’s a slap to the face of Jamie Clark and Clark Logic. That company just continues to grow, continues to invest, he’s becoming a major philanthropic character in the community and I don’t know what is going on in Lockport Township. It sounds like spite, it really sounds like spite, like somebody’s still upset.”

Bippus said he “virtually” attended a Lockport Township meeting on Monday night, and a discussion about Clark’s property took place.

Bippus said he sees the offer as “more of a publicity stunt” because the township board “doesn’t want to be the one saying no to Jamie (Clark), they didn’t want to be on the hook for that.” Bippus said he anticipates bringing the board a solution to the matter in a future city commission meeting, and a recommendation of how to move forward.

Watershed Voice reached out to Lockport Township Supervisor Mark Major via email on May 13 about the board’s decision but has not yet heard back.