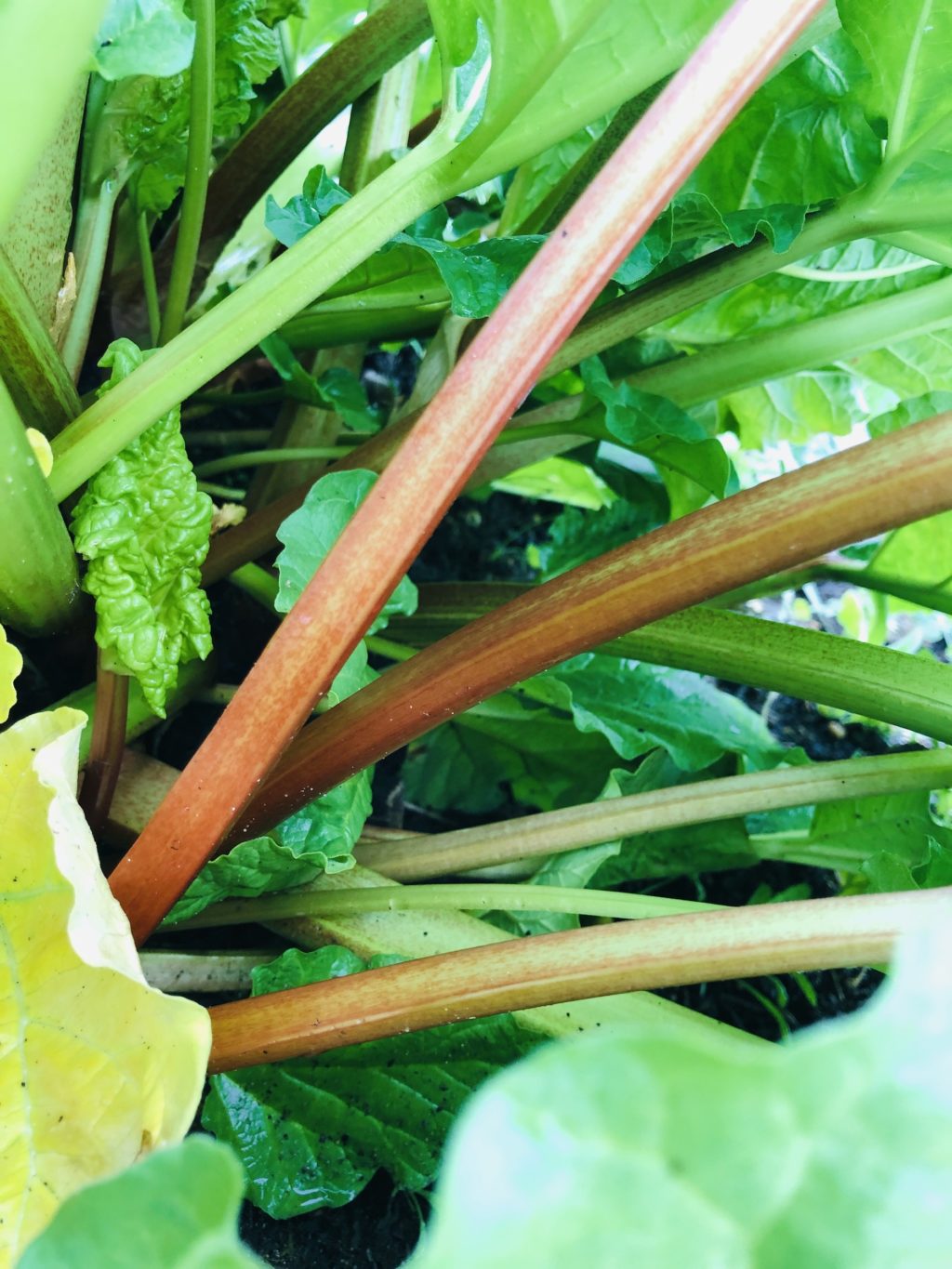 Sow Good Seeds is a column devoted to environmental issues, gardening, cooking, and anything else connected to the natural world that has so graciously hosted us on this earth. It is the author’s hope that it will encourage you to see the world around you in a different way, to make incremental changes in your daily living, and to treat our planetary home such that we honor the generations of life that will follow.

Just like asparagus, rhubarb is one of the indicators that the growing season is underway, and lots more fresh produce is on the horizon!

I didn’t always appreciate rhubarb as I do now. Having grown up in the Southwest where rhubarb isn’t a thing (it prefers temperate summers), I didn’t really get it when I moved to Michigan. I tasted a strawberry-rhubarb pie — which was gooey and sweet and the crust was flaky and golden — but I couldn’t locate the rhubarb in the flavor. I concluded that it’s like sour celery that you have to engulf in sugar or tuck behind actual fruit to make palatable: what’s the point? In my mind, it was the Midwest version of grapefruit (which does well in the desert, but is still too bitter for me).

I don’t deny that rhubarb can be an acquired taste, but I’m glad my palate shifted. I came to realize that a little sweetener takes the edge off, but it doesn’t need to be doused to be edible. In fact, I think masking rhubarb’s flavor is an unfortunate habit of the dessert-making world and doesn’t do service to its finer qualities. A bit of pucker-iness gives nuance, interest, and dimension.

I recently discovered a tasty by-product of rhubarb preparation: I tossed some chopped rhubarb in a bit of sugar and set it aside to include in a recipe later. When I came back to it, I pulled the rhubarb out and found that the syrupy liquid left in the bowl made a refreshing addition to cold sparkling water. If I’d had any gin or vodka, it definitely would have elevated the drink further.

Rhubarb has a history of medicinal use, long before it came into the kitchen. The plant is actually a vegetable, though treated as a fruit today. A form of rhubarb has been in existence for thousands of years, and the root is still used in traditional Chinese medicine. Only in the 1700s did the stalks come into culinary use.

Its leaves and roots should not be ingested, but oxalic acid — the compound that makes those parts toxic — can be used as an agent for cleaning metal, tanning leather, and controlling insects. The root can also be used to lighten hair, aided by the oxalic acid as a fixative (just don’t inhale the steam as you’re preparing the rinse)!

I love cooking rhubarb down into a compote to serve over yogurt for breakfast or ice cream for dessert. The compote freezes beautifully as well — a great way to preserve the season’s produce! I’m certainly going to incorporate rhubarb simple syrup into my life after that happy incident as well. And, I’ll never turn down rhubarb in baked goods, as long as the bright and bold flavor shines through. Here’s a simple and delicious one-bowl recipe for a not-too-sweet rhubarb bar from my friend Kirstin:

Mix together and pat into an 8″ x 8″ pan. Dough will be soft and crumbly. Bake 15 minutes at 350 degrees Fahrenheit.

In the bowl you used for the crust, mix together:

Deborah Haak-Frost is grateful for every ray of sunshine that reaches her skin. She is the Caretaker for Community Engagement at GilChrist Retreat Center in Three Rivers.