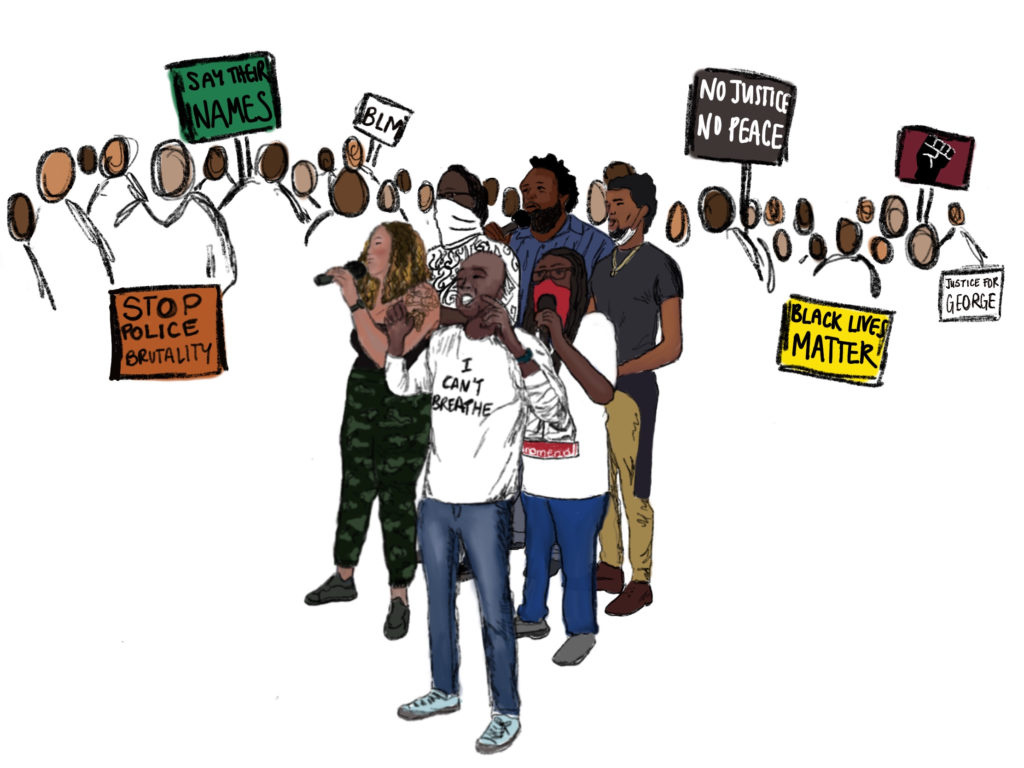 The success of Three Rivers’ “Stand for the Right to Breathe” protest, in terms of attendance, the response to its powerful and thought-provoking subject matter, as well as its peaceful nature, was a trending topic on social media and on the lips of many of those in attendance Monday.

The event drew well over 300 attendees in downtown Three Rivers’ East Alley and the adjoining parking lot, and fared even better online, as it collected more than 18,000 live stream views on Watershed Voice’s Facebook page.

Torrey Brown, a Three Rivers native and the event’s lead organizer, said he never expected that type of turnout or response.

“When I first came up with the idea, I thought that maybe 15-20 people would show up. I would have been surprised if 50 showed up,” Brown said. “There is no way that I could have imagined that 300-plus people live and another 18,000 watching would be there in solidarity.”

What makes the protest even more impressive, according to Brown, is how quickly it came together.

“This was all planned and executed within 48 hours with the help of my colleagues at Watershed Voice. And for that kind of response, it tells me that the people of this community were hungry for change,” he said. “I hope the way the crowd carried itself shows the naysayers around here that it can be done without destruction.”

The demonstration, like many protests that have occurred nationwide in the last nine days, was sparked by the recent deaths of Ahmaud Arbery, a 25-year-old black man who was shot and killed in February by two white men while jogging, and George Floyd, a 46-year-old black man who died of asphyxiation during an arrest by the Minneapolis police on May 25. Bystander video of Floyd’s arrest shows a police officer’s knee on Floyd’s neck, which went on for several minutes while Floyd gasped for air, repeating that he could not breathe. Prior to his arrest and eventual murder, Floyd was accused of passing counterfeit bills to buy cigarettes.

“Stand for the Right to Breathe” featured 10 speakers, each taking a turn standing behind a podium and atop an elevated, makeshift stage — a detached countertop on six cinderblocks — speaking passionately about racial inequality and injustice through poetry, prayer, speech and song.

Brown said while he’s proud of the protest’s results, it’s just the beginning.

“We have to take this same energy to the polls in November,” Brown said. “We have to get people in positions that can and are willing to make the changes that we want and need. Not just on a national level but at a local level. Voting along straight party lines is not going to cut it. We need to study up on these local candidates and see what their platform is. Their platform can’t just be ‘I’m for Trump and everything that he says.’ This has to stop.”