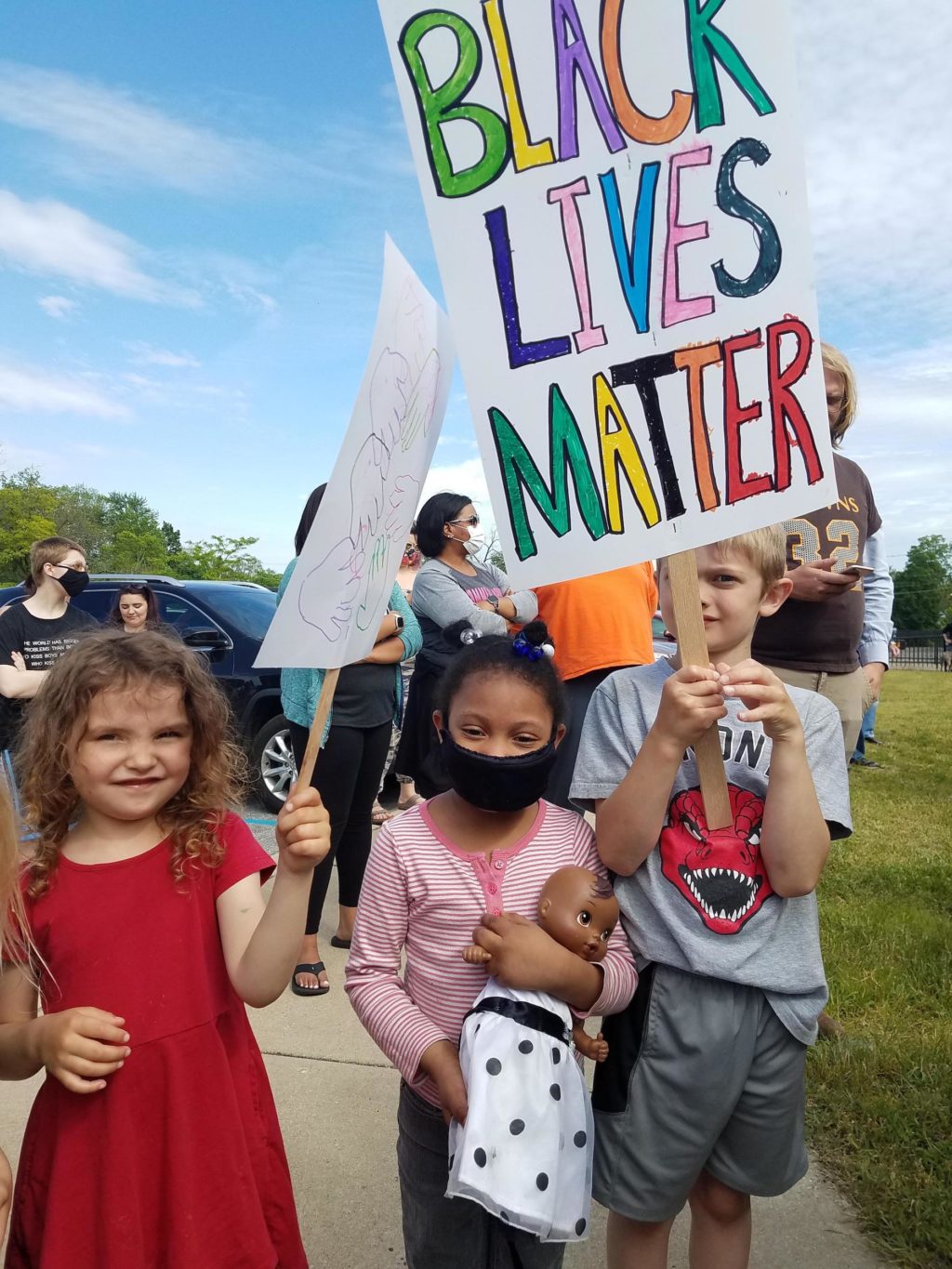 It has been a hard and revealing week. Racial injustice and the many forms of response to it has taken over the media. It was everywhere, there was no way to miss it. At one point I opened my front door and took off, not knowing where I would end up. I just needed an escape from the mix of grief and frustration I felt.

At one point I was downtown and caught a glimpse of a sign referring to the pandemic that read “This too shall pass.” I immediately thought, “Will it though? Because this KEEPS happening!” I kept going and ended up standing in front of our police station wondering who inside cared that this was happening and opposed it? I left still heavy with emotion.

This death…this time HAD to be different.

I tried my best to feel better. I threw myself into chores, I overate, I overslept, I vented, prayed, and I wrote. Nothing worked. Late Saturday night I was approached with the invitation to take part in a peaceful protest. A protest? In THREE RIVERS?  YES!

Being the true-to-tradition city that it is, I was doubtful that many people would come but a protest was needed anyway. With a day to prepare the organizers planned and set everything motion, all the while prioritizing keeping the peace.

The time to protest arrived and immediately it was a beautiful sight! Before the speaking commenced, I was given a thoughtful letter from Nancy who really wanted be there, but couldn’t. She ended the letter with a familiar Rodney King quote, “Can’t we just all get along?” Yes, Nancy we can, and right here in Three Rivers we did. It was a sight to see! Local politicians, law enforcement, and people of all demographics in solidarity.

When someone is grieving one of the best things to do is just be present. Your presence was felt, Three Rivers. I bawled afterward and finally regained a sense of peace knowing that so many others care, are willing to have the hard conversations, and take a stand against injustice. After all of the mourning, there was joy.

As a community, we were able to put aside differences and fear, and stage a peaceful protest in the heart of our downtown. Throughout the nation tensions are still high and getting worse…but not here in Three Rivers, Michigan. Let’s be the continuing example this nation needs. Keep having hard conversations, keep supporting organizations dedicated to making real change, research and make your voice heard every single chance you have to vote.

A native of Phoenix, Arizona Aundrea Sayrie is a firm believer in the power of words, faith and a strong spirit. Her greatest desire is to encourage those around her to discover and honor their truth, and to passionately live on purpose. IG @aundreasayrie.