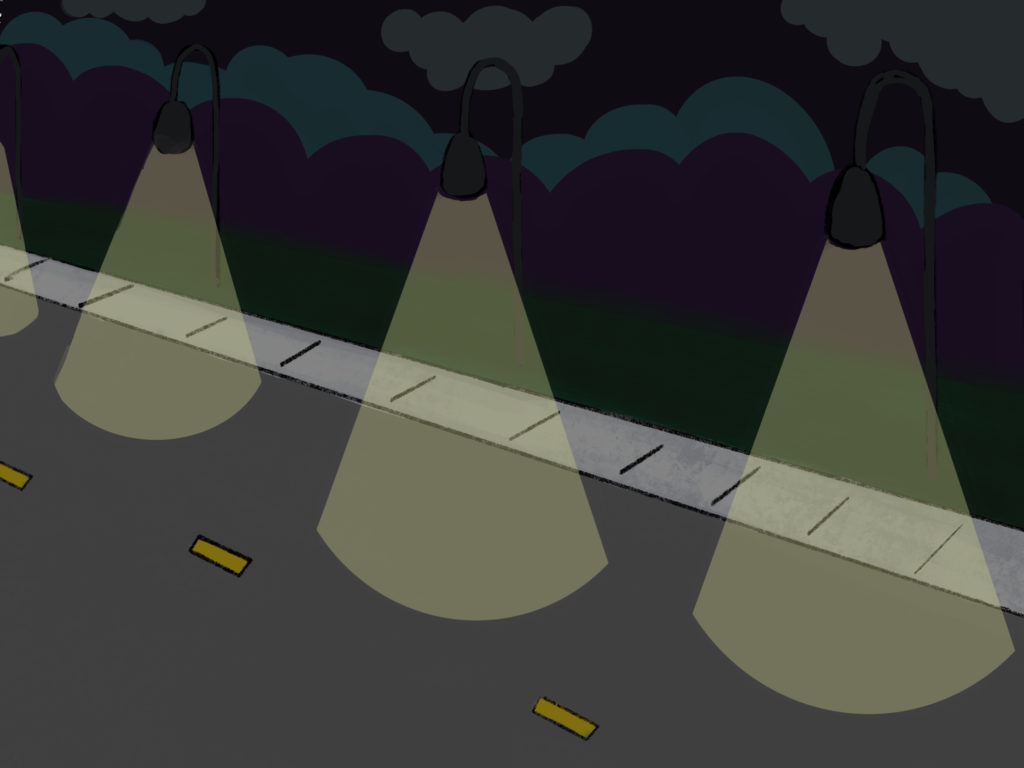 The Ticket is a work of short fiction written by former Three Rivers resident and local author Charles Thomas. The story has been split into seven parts, with the following part representing the final act. The complete saga can be found here on Watershed Voice.

“You should go see your grandpa today,” Madison’s father said to her over breakfast. “We don’t know how much longer he has.”

She nodded, then left and walked to school like she always did. School was the same as it ever was. The same friends, the same classes, the same lunch. But after school, she decided to walk the three blocks over to her grandfather’s house.

It had been three months since that day, the day she’d won and lost $106 million all within a few hours.

After she woke up in the room above Hair Expressions, Madison went home and did the exact opposite of what the attorney, Mr. Adams had suggested. She told her parents everything.

Her father immediately called a friend from work who had a sister who was an attorney in Sturgis. He didn’t tell her why; he just said he needed to talk to an attorney as soon as possible. The lawyer called about an hour later. After she’d listened to Madison’s father for about an hour, she confirmed what Adams had said. Madison had no claim to the ticket because she was a minor.

While she could try and challenge Brittany and Daryl in court, the lawyer said it would be a losing battle. Her father suggested they could call another attorney, maybe one from Grand Rapids or even from Chicago, but Madison refused. She knew the odds were not in her favor and didn’t want to be dragged through the media as a bitter teenaged brat.

Brittany and Daryl held a press conference and didn’t even mention Madison. Her parents were enraged and wanted to go hold their own press conference, but Madison refused. It was a pointless fight.

Her parents continued to press each day to keep fighting until the day Daryl died.

About a month after their press conference, Daryl disappeared suddenly. The media again descended on Three Rivers, this time to cover the mysterious disappearance of the new lottery winner. Brittany gave an exclusive interview to Anderson Cooper that was recorded in Three Rivers, in a space just above the Hair Expressions salon.

“He was the only man that I’ve every loved,” she sobbed into the CNN cameras.

Nearly the entire town came out to help search the day after the news crews left. Mayor Lowry said they would search each square inch of the city to find Daryl.

It ended up being a teacher from Hoppin Elementary that eventually found him. Daryl was found wearing a Triple Ripple Café shirt, face down in a large mud puddle in the woods behind WLKM. No one who knew him had to wait for the autopsy report to learn how he had died.

While Brittany was devastated, Daryl’s sudden death did not stop her from vigorously defending the lawsuit against her ex-husband Rob. Soon after Brittany had claimed her portion of the prize, Rob sued claiming that half of her share of the winnings was his because the two were not yet legally divorced when the prize was claimed. The case dragged on and on, and it was starting to look like the only winners were going to be the platoon of lawyers on each side.

But on the eighth week, Brittany offered Rob 20 percent of her $159 million and he took it.

Madison watched it all on television. While she walked away without a dime, she also walked away anonymously. No one except her parents and a couple of lawyers even knew that she had a claim and none of them said a word to anyone.

No one knew she had anything to do with it, and three months out, Madison considered that a win.

As dusk began to cast its first shadows across the city, Madison drew up to her grandfather’s small ranch. She was saddened to see the big flower garden that her grandparents had planted together was now overgrown with weeds. Her grandmother always loved her flowers, but when she died, grandpa had let the weeds have their way with it.

Madison knocked on the door and her grandfather told her the door was open and to just come in. Gramps had taken a hard fall a few weeks ago, when he slipped in the shower and broke his hip. He’d had the hip replaced, and while the doctors said the surgery was successful, Gramps’s health had been in steep decline ever since.

“Grandpa,” Madison called out. “Are you okay?”

Madison found him sitting in his old ratty recliner reading Watershed Voice with a blanket on his lap.

“How’s my favorite granddaughter?” he asked with a grin.

“I’m your only granddaughter, Gramps,” she said with a smile.

“True enough,” he said. “Did you see the story about your friend from the coffee shop in today’s paper? She’s going to donate $10 million dollars of her winnings to turn that old building downtown that used to sell boats into a second campus for Glen Oaks. It’s going to be called the Glen Oaks North Campus.”

“I heard about that,” Madison said as she sat down on the wood floor next to the old man. “If I’m lucky maybe I can be in the first class there.”

“That would be wonderful, Madison. Wouldn’t it be great if your friend ended up helping you achieve your dreams of going to college?”

Madison tried to smile. “That would be great, Gramps.”

“Any idea what kind of career you want to pursue?”

“Did Brittany’s big lottery trial against her husband get you interested in becoming a lawyer?” her grandfather asked.

Madison reached up and took her grandfather’s hand in hers as the last light drained out of the day. They sat together and talked a little more that night. They talked about Brittany and her riches. They talked about Madison’s grandmother, and they talked about how Three Rivers had changed so much in such a short time.

Somewhere along the way, Ernie fell asleep. When Madison heard him softy snoring in his favorite chair, she got up and let herself out. There was no need to lock the door, not in Three Rivers. The walk home was dark, but the streetlights provided enough light for Madison to feel safe, and for the first time in her life, hopeful about what lay ahead for her.

Charles D. Thomas is a writer and psychotherapist who made Three Rivers his home for over a decade. Feedback is welcome at Charles@charlesdthomas.com.