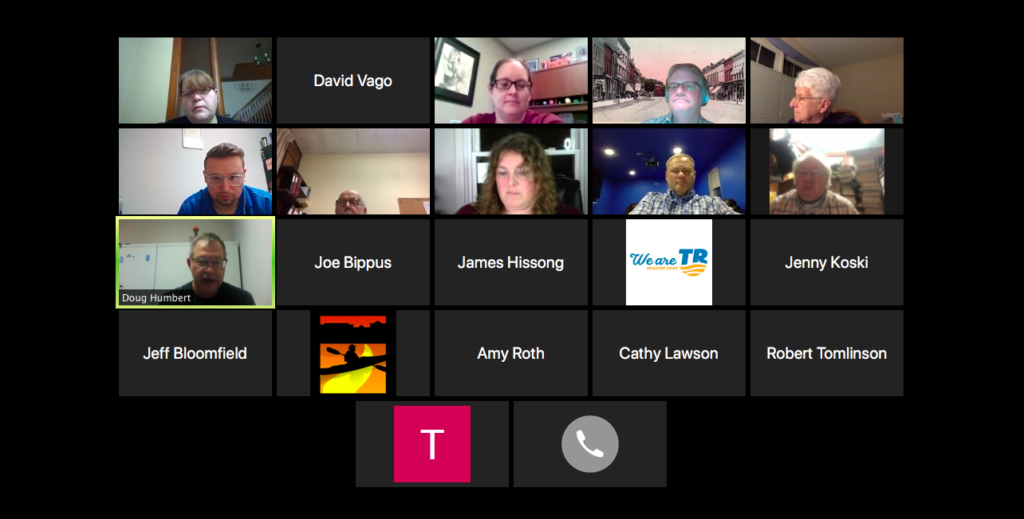 At an annual organizational meeting Monday evening, members of the Three Rivers City Commission heard about a year’s worth of work and progress from the city’s various department heads, ranging from the fire and police chiefs to the mapmaker and the grant writer. Commissioners also passed a series of measures to set various procedures for the coming year.

City Manager Joe Bippus said the city has gotten “a lot of things accomplished” in the past year, and has been “very resourceful,” delivering “quality services” to the public through diligent frugality and with “very little waste” of money or other resources.

Bippus said the RRC process includes a requirement that a joint meeting take place between the City Commission, the Planning Commission, and TRDDA. He hopes to schedule that meeting before or after next week’s regular City Commission meeting, which takes place on Tuesday. The meeting, Bippus said, provides each board an opportunity to talk to one another about what they are doing.

Also at Monday’s meeting, City Commissioners approved several procedural measures for the upcoming year. They include the following: