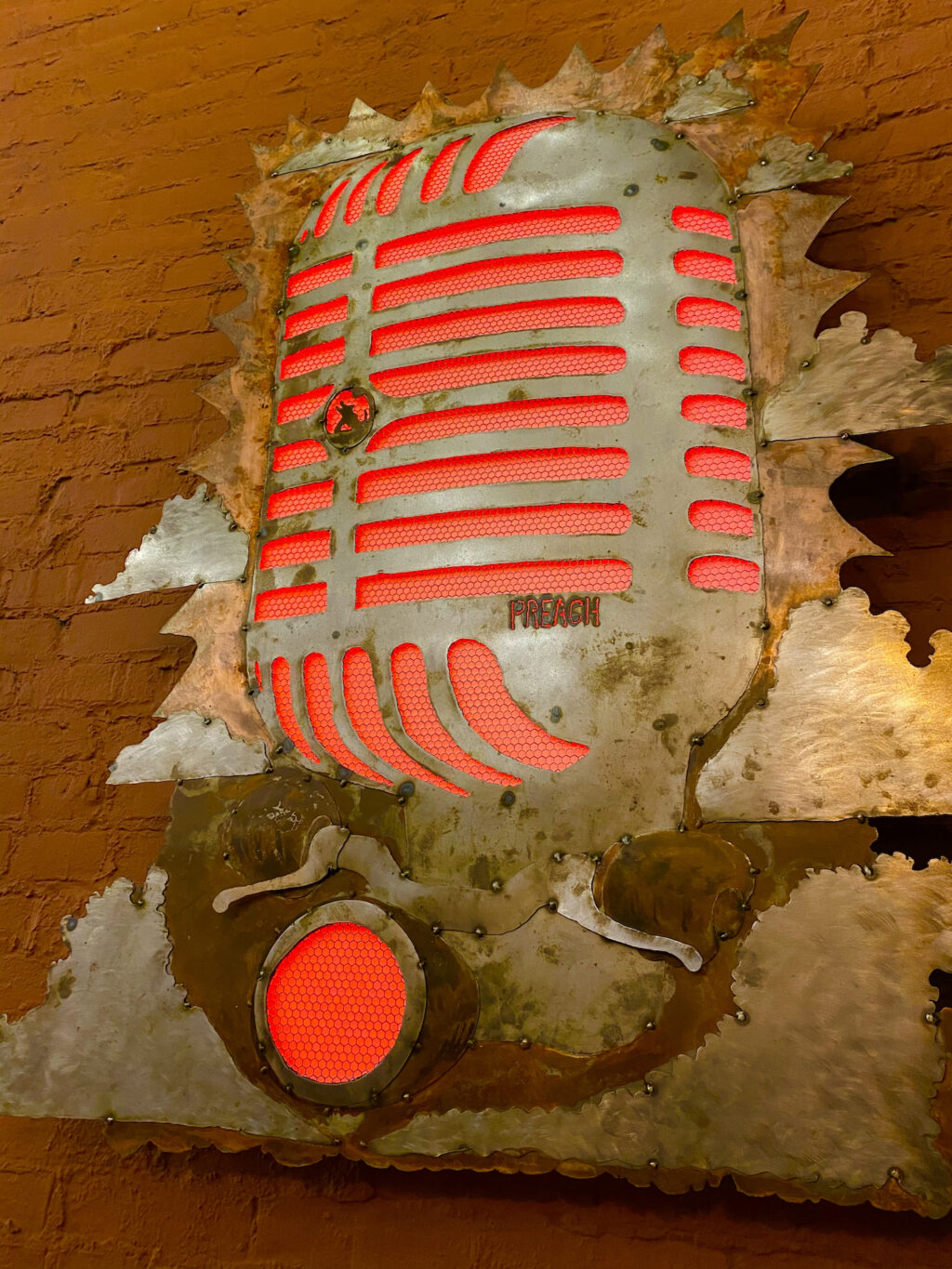 The sculpture, located in downtown Three Rivers' East Alley, serves as a tribute to Spencer Minor, who died in a motorcycle accident in July 2019.

Today, as I’m writing this (December 7), would have been Spencer Minor’s birthday. I’ll always remember this, because it is also my birthday. Birthday bros! I wish we could text each other today.

I had made a few Facebook posts about this in the past, and I think (if I remember correctly), there were quite a few shares, and perhaps many people know this already—but in addition to being a decades long friend, Spencer also helped me with a dream I had for downtown Three Rivers—The East Alley Project.

We needed an artist rendering for the project in order to meet criteria for the grant we received from the MEDC for the project. (“We” being the Three Rivers Downtown Development Authority, specifically—the Design Committee.) Unfortunately, due to the tight budget we operate with, we simply did not have the funds to commission such a drawing from an architect. That’s where Spencer came in.

Spencer worked at Hot Rodders Ink in our downtown. He was gifted as an artist, so I reached out to him. We had worked on projects together in the past, going way back to when he was touring with his band, Scarlet White, so I thought maybe it was worth the ask. Luckily, Spencer was pumped about the project as well, and helped us secure the funding we needed to make it happen.

Tragically, Spencer died in a motorcycle accident before the project was completed. This event happened pretty early on in the planning stages, so it was easy to adjust plans to commission something to remember him. Through some contacts of mine, I found an artist in Kansas City, Missouri that I thought would be perfect for what I was planning.

The themes of the project have always been accentuating the natural elements of Three Rivers, music, visual art, and community. Given that Spencer was formerly the lead singer for an international touring band, it was easy.

The piece oversees the brick stage at the back of the alley; a place for musicians to share their craft. The microphone is based on the Shure Super 55 – BCR Special Edition—also known as, “The Elvis Mic,” but this one was a special red and black edition. I remember that mic from the moment Spencer took it out of the case to show it to me. It was when we were planning a benefit concert for Orphan Justice Mission, and organization I worked for through college. His band was the headliner, and the bass player had just left the band, so I was playing with them for a practice session one day. I wasn’t quite the rockstar type (more of a podcaster) so I never became a permanent member, but I had a blast at that session.

Where the logo would normally be, instead you might notice a wolf—a theme that Spencer was fond of in his art. There are other things about the light sculpture unique to him as well; his nickname “preach,” motorcycle handlebars, and a patina finish to match his Ducati sports bike that used to always be parked in from of Hot Rodders.

I’m thankful to Chris Portwood, the artist—who learned about Spencer’s life and was passionate about creating a fitting display; and I am also thankful to Mike Curtis and Lisa Devine, who made sure it was installed in time for his birthday, despite me not being able to help because a potential COVID close contact.

I’m stoked for this display, it’s perfect. A nice backlight for musicians that may play in the alley in the future. Happy birthday, Spencer. I hope you like it. Thank you for your help on this project, and thank you for being part of my life.

Michael “Hogey” Hogoboom is a writer and podcaster for Watershed Voice.