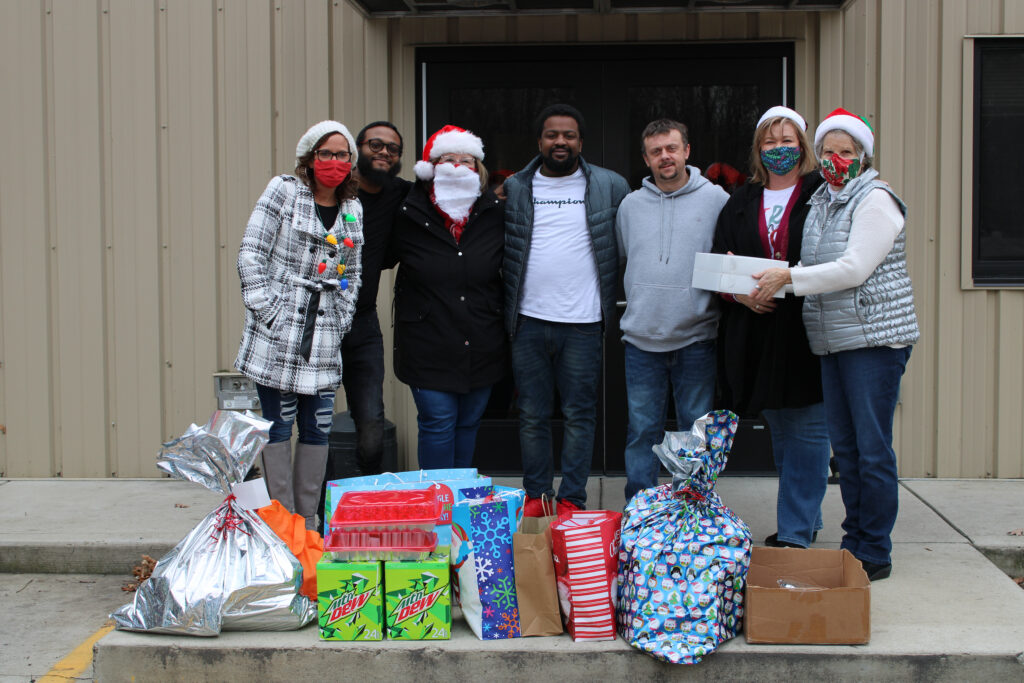 The Three Rivers Woman’s Club does a lot for its community, and often does so alongside residents of Twin County Probation Center. On Wednesday, December 23, the Woman’s Club showed its appreciation for Twin County probationers’ volunteer efforts through a holiday service project.

All 45 members of the TRWC pooled their money together to assemble a care package that included “$150 to $200” worth of board games from Lowry’s Books & More, a couple 24 packs of Mountain Dew, beauty products, and personalized journals and a pen for each resident, as well as eight pies, two cakes, and an assortment of other goodies.

Probationers do much of the decorating for the holiday season in downtown Three Rivers, lend a hand at the Three Rivers Food Site each week, participate in Community Clean Up Day each year, and much more. The Three Rivers Woman’s Club, the oldest service organization in Three Rivers (est. 1891), has sponsored over 100 college scholarships for area students, and supports Domestic And Sexual Abuse Services (DASAS) and Keystone Place through donations and the Afghan Project, among several other community building efforts.