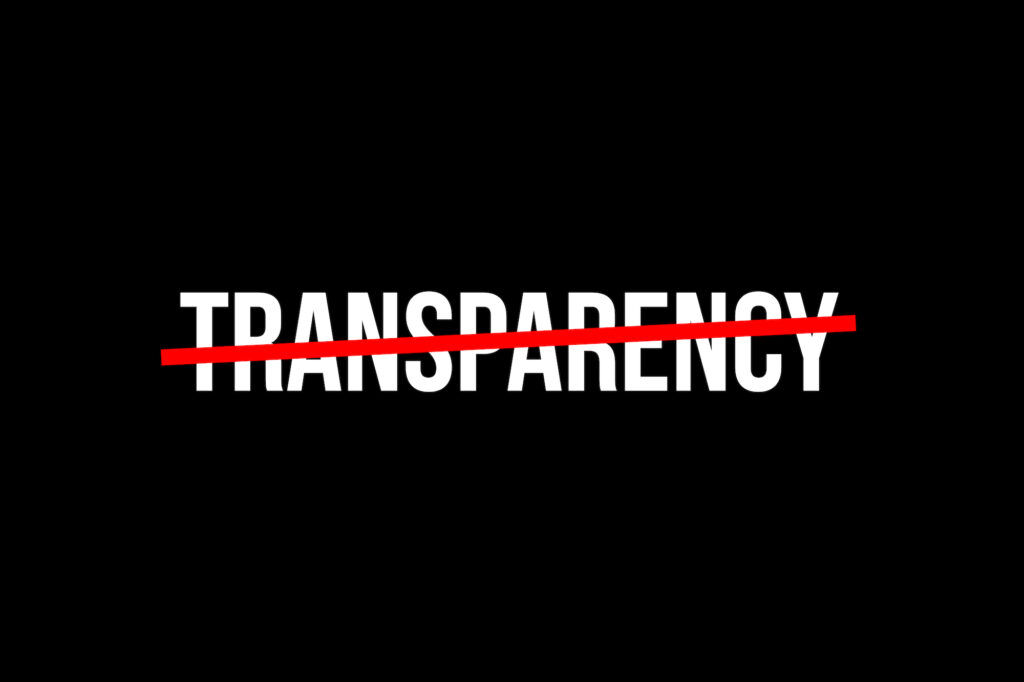 Transparency and accountability have been buzzwords on both sides of the aisle in Michigan.

Michigan scored an F in the Center for Public Integrity’s 2015 State Integrity Investigation and ranked worst in the country for state government accountability and transparency. Since then, dozens of measures have been introduced, but many haven’t been signed into law.

Throughout the COVID-19 pandemic that hit in March 2020*, Republicans have been critical of the Democratic Gov. Gretchen Whitmer administration’s executive powers, saying that she is unilaterally making statewide decisions without the help of lawmakers.

Democrats have argued that the GOP legislative majority is excluding experts from critical conversations and playing partisan, political games during a time when compromise is necessary to move forward.

Sitting in the House Committee on Elections and Ethics is a bill that seemingly would hold all lawmakers accountable and reduce power from any legislator who would personally benefit from the passage of a bill.

House Bill 4001, introduced by House Speaker Pro Tem Pamela Hornberger (R-Chesterfield Twp.), would restrict legislators from voting on a bill or measure if “the member has knowledge that he or she has a personal or professional interest.”

“It’s a simple notion and a critical action; no elected official should be able to vote for any legislation that somehow benefits them or a relative,” Hornberger said.

Common Cause Michigan Program Director Quentin Turner says “on the face of it … it seems like a very good government bill” and could put more pressure on lobbyists to “think twice before putting support behind a lawmaker.”

“They might have to do some more research into a lawmakers personal or familial relationships, because they very well may not be able to vote on legislation … all because of a conflict of interest,” Turner said.

However, attorney Mark Brewer, a former Michigan Democratic Party chair, said the bill is “not worth the paper it’s written on.”

The bill’s language is vague without any clear definitions and provides no enforcement mechanism to ensure that lawmakers follow through, he contends.

Brewer said one of the main issues with the bill is that there isn’t a way to enforce this bill, saying that it’s “impossible to police.”

Hornberger did not respond to a request to comment on the bill.

Turner said other states have similar bills to the one introduced in the Michigan House, but the language is more specific in most other states.

If this bill were signed into law, it could have some unintended consequences for House and Senate Republicans, who have sought to check Gov. Gretchen Whitmer’s powers during the COVID-19 pandemic through legislation.

Some lawmakers may have conflicts of interest around potential legislation to address the COVID-19 pandemic, especially if they own a business that has felt the economic impact of the pandemic and would personally benefit from distribution of COVID-19 funds or would benefit from a full reopening of the economy.

In the early days of the pandemic, Whitmer issued a number of executive orders to quell the spread of COVID-19, including shutting down many businesses, schools and gatherings. Arguing about the economic impact, Republican lawmakers made several moves to limit the governor’s power to implement these orders.

Whitmer was acting under the Emergency Powers of the Governor Act, which was overturned by the Michigan Supreme Court in October after the GOP-led Legislature sued the governor.

Not long after, the Michigan Department of Health and Human Services (DHHS) issued its own set of epidemic orders, including limits on indoor seating in restaurants and bars, closing high schools and colleges and mandating masks in public spaces. Restrictions on indoor seating in bars and restaurants have been lifted, but there is still a 25% capacity limit. And youth contact sports resumed on Monday with restrictions.

Republicans are pushing for more. One of the most vocal proponents of reopening the state’s economy during the COVID-19 pandemic is state Senate Appropriations Committee Chair Jim Stamas (R-Midland), the owner of a pizza restaurant in Midland.

However, the new bill introduced by House Republicans centered around expanding ethical accountability and transparency in state government may be an issue for Stamas if the Legislature did lift restrictions on restaurants through legislation.

Stamas did not respond to a request to comment on the issue.

There are other avenues that have been previously introduced to expand transparency, accountability and trust in the government.

Last term, bipartisan House Bills 4007–4016 and Senate Bills 833–842, which would have made the governor’s office and the Legislature subject to the Freedom of Information Act (FOIA), were stalled in the Senate. Conversations on the bills were taken back up in September, but still never got a vote on the Senate floor because COVID-19 and drama around the Nov. 3 general election got in the way, Sen. Jeremy Moss (D-Southfield) told the Advance.

Moss and Sen. Ed McBroom (R-Vulcan), who originally wrote the bills in 2015, plan to reintroduce the bill package again in the Senate this year.

Another way that the Legislature could expand transparency, Brewer said, is by implementing an annual financial disclosure, which would add a level of enforcement to HB 4001.

“The premise of [HB 4001] is that we police ourselves,” Moss said. “I think the better police of ethical and bad behavior is the public. And so that’s why public financial disclosure is so important. You put your conflicts of interest out there on the front end. And if you’re taking a vote that is scrutinized for being a perceived conflict of interest, and you have to be accountable for that.”

Michigan, Vermont and Idaho are the only states to not provide legislative financial disclosures, Michigan being the only one of these three states with a full-time legislature.

Dozens of state lawmakers already self-disclose their finances, which makes LaGrand confident that this bill package will get enough support to be passed by the Legislature this time around. Senate panel to take up long-stalled bipartisan FOIA reform bills

“I realized when I started working on this package, all of us can do it,” LaGrand said, who has been self-disclosing his finances since 2010. “There’s no reason I can’t challenge my colleagues to self-comply with a non existent law. We don’t have to wait for the law to get passed to disclose.”

This bill package would basically work as a screen for conflicts of interest. It wouldn’t restrict lawmakers from voting on bills that they would financially benefit from, but it would make those decisions more transparent and lawmakers argued it could build voters’ trust in elected officials.

LaGrand also previously introduced legislation, and reintroduced the bill on Thursday, that would restrict lawmakers from becoming lobbyists after they leave office.

Last year, the liberal group Progress Michigan launched the Coalition to Close Lansing Loopholes ballot initiative, which would also bar the lawmaker-to-lobbyist transition, but it folded in March due to complications in gathering petition signatures during COVID-19.

“The average voter doesn’t think we have representative democracy,” LaGrand said. “They think this is like the lottery, you know, occasionally lucky people get elected, they make themselves rich, but they’re not going to work for the common good. That’s a big freaking problem. That means democracy doesn’t work anymore.”