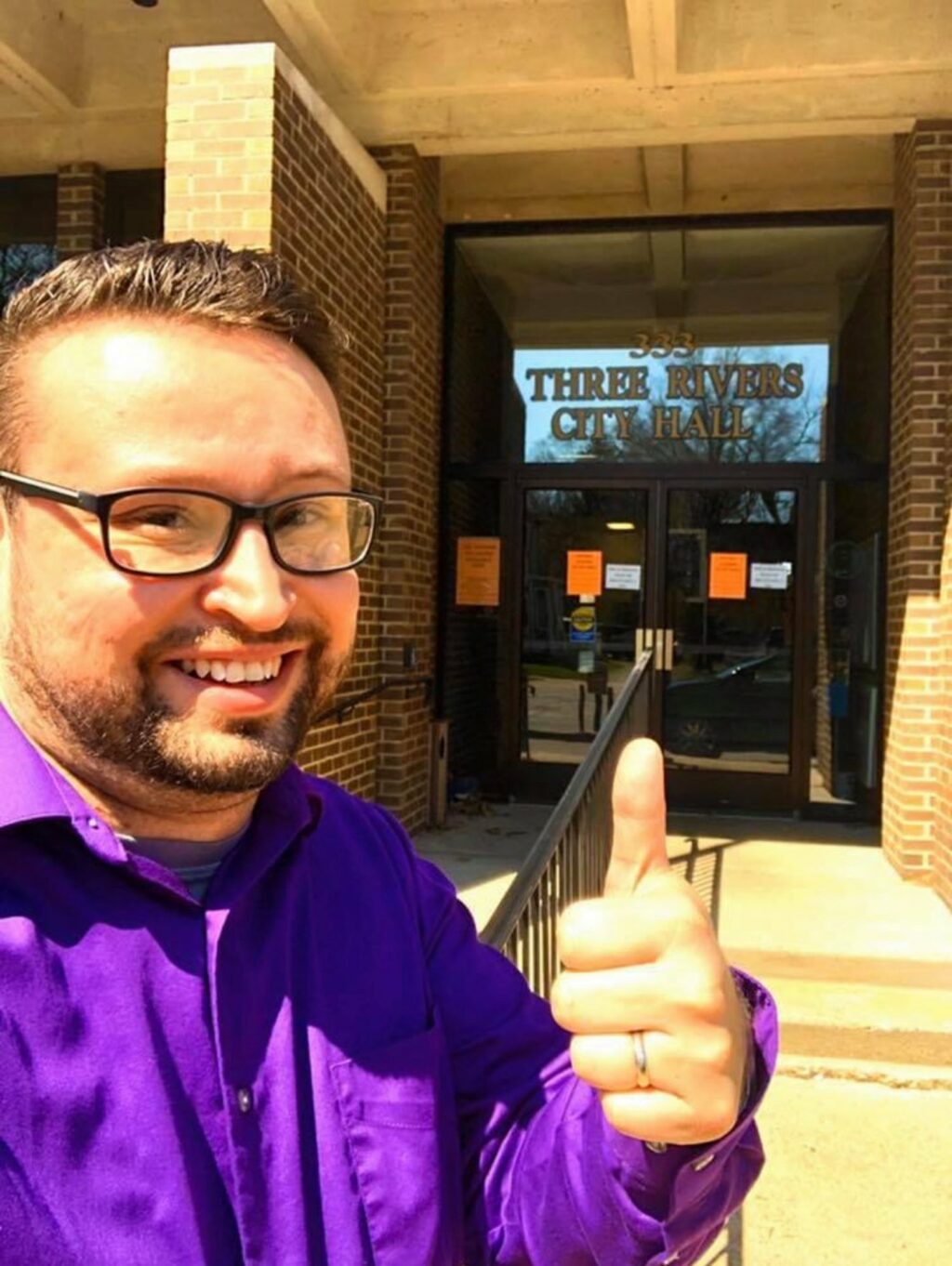 At-Large Three Rivers City Commissioner Clayton Lyczynski will not seek reelection this fall, citing a desire to prioritize time with his daughters who are fast approaching graduation.

“While I am not running for re-election this November, I do plan to serve out my term,” Lyczynski told Watershed Voice. “This has been a surprise to some or even a big surprise because I have been so active in the community, and have done a good job sharing. Just because I won’t be on the city commission doesn’t mean I’m stepping away from much more than the meetings. I have teenage daughters becoming back-to-back seniors starting this Fall, and they need to know that they are my priority. The plan is to continue serving my community, in many capacities, over many years.”

The 41-year-old incumbent was set to run unopposed as no challenger filed for candidacy prior to the deadline earlier this month. Write-in candidates can still file, and while a registered write-in candidate could win the seat, their name will not appear on the ballot, nor will Lyczynski’s.