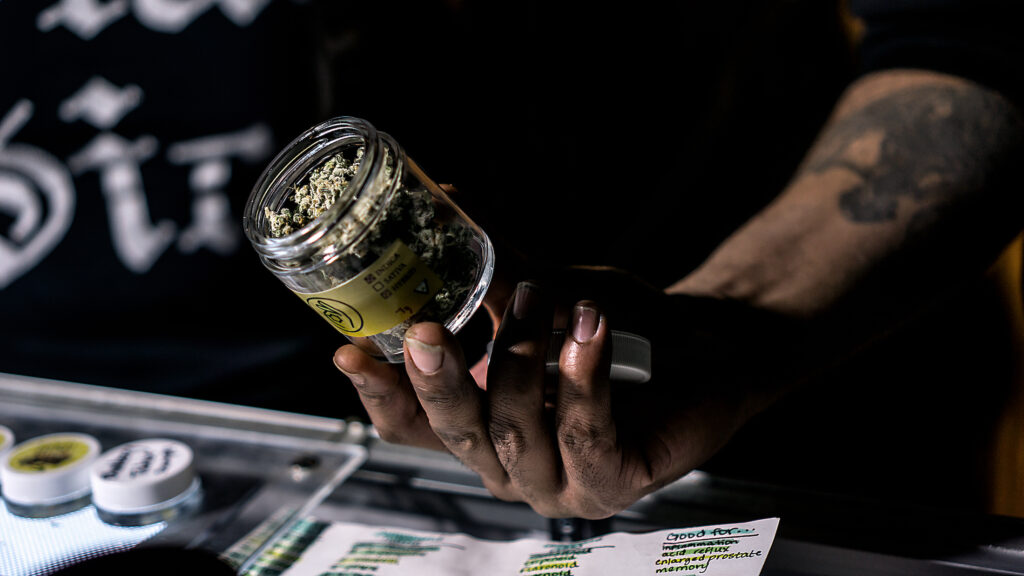 Mayor Tom Lowry and Commissioners Carolyn McNary, Chris Abel, and Clayton Lyczynski voted in favor of amendments to the city code to allow consideration of marijuana establishments to operate in industrial and business zoning districts (including industrial parks), while Commissioners Pat Dane and Alison Haigh voted against the amendments. Commissioner Daryl Griffith did not attend Tuesday’s meeting due to a private family matter.

Commissioners decided not to put a cap on the number of facilities allowed within city limits to avoid future litigation from prospective applicants. City Manager Joe Bippus will determine the schedule of when the first marijuana facility applications may be filed with City Clerk Stephen French no later than six months after the ordinance is adopted.

Once that date is established interested parties will have a small window to apply if they want to be included in the first round of applications. A 30-day window was discussed but was not formally decided on at Tuesday’s meeting but the length of said window will be determined at a future meeting, according to Lowry, who said there will be several opportunities to apply.

“It seems that the majority of commissioners want to allow marijuana in the city unless we are told otherwise by the citizens (by way of a referendum), that’s one of the purposes of this ordinance,” Lowry said.

“We are also honoring our promise that we made in the fall — I think we are — that we would give the citizens another opportunity to speak to us through the ballot if they have a strong opinion on this. Right now we’re permitting it, we’re opting in as they say, but we’re honoring the promise we gave in the fall that citizens would have another opportunity. And I value that greatly, that we gave that promise and we’re going to honor it.”

Lowry said there are “pluses and minuses” to allowing marijuana facilities in Three Rivers, with new jobs, new businesses, and increased tax revenue representing the positive impacts the city could see as a result of the commission’s decision Tuesday.

“But I’m being realistic and honest, this is not just a golden stream, there may be some negatives. We will learn those, I think fairly quickly, to me it’s very similar to the issue of alcohol it is being increasingly accepted by society that it’s a relatively acceptable — not harmless — but an acceptable level of risk and harm that society wants to allow itself. Just like we did with alcohol, the prohibition of alcohol in the United States did not work and citizens greatly cheered when that prohibition was repealed and I think marijuana (is similar in that way.)”

Lowry said he would never say drugs like “speed or meth or heroin or the overuse of opioids” but he thinks marijuana is “in a different class” and much closer to alcohol than any of the aforementioned controlled substances.

Bippus said the city also “recognizes that like with alcohol there will be consequences to society and this will help implement those same negative consequences.” Lowry said he agreed with Bippus’ sentiment but at least with the amendments the commission adopted Tuesday “it will be more open perhaps, and dealt with, rather than hidden in the black market.”