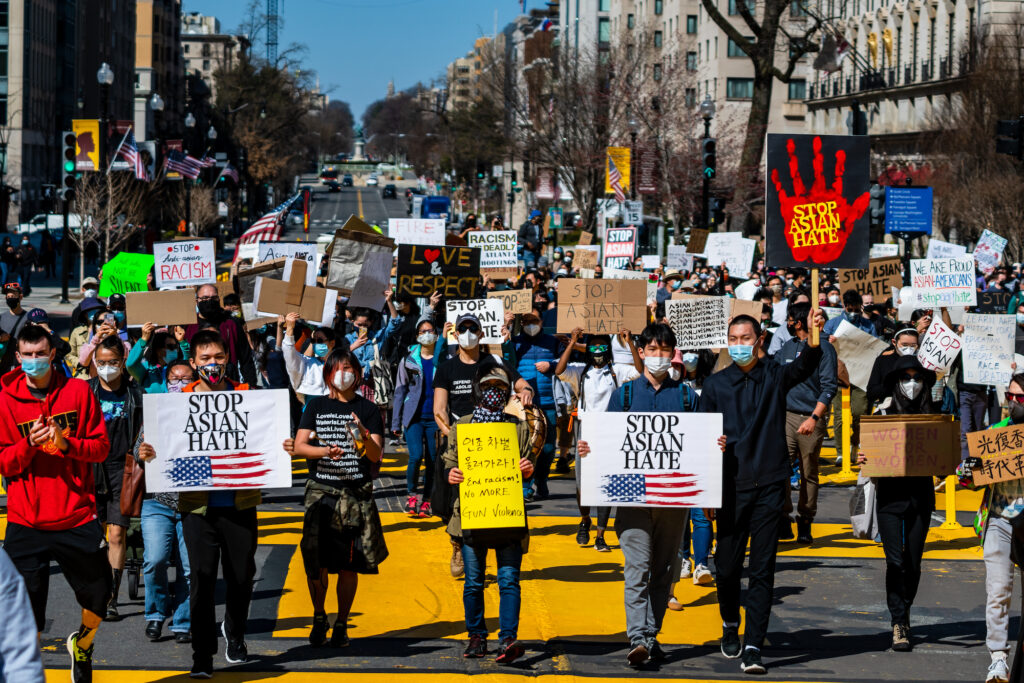 The U.S. House on Wednesday passed a resolution condemning the March 16 mass shooting in Atlanta and reaffirming Congress’ commitment to combating racism and violence against the Asian American community, which has seen a spike in hate crimes since the onset of the pandemic.

The resolution, H.Res. 275, passed, 244-180, though more than a dozen Republicans argued that it was premature in labeling the Atlanta shooting as a hate crime. Overall, 30 Republicans supported it, along with every Democrat voting.

Six women of Asian descent and two others died in the shooting at Asian-owned spas in Atlanta, and Fulton County Prosecutor Fanni Willis has said they were targeted because of their race, national origin and gender.

House Republicans also argued that the Atlanta measure was partisan and that it blamed former President Donald Trump for the rise in attacks against the Asian American and Pacific Islander community.

Throughout the pandemic and his presidency, Trump made racist remarks about the ties between the coronavirus and people of Asian descent.

A study from the Center for the Study of Hate and Extremism at California State University, San Bernardino, found a 164% increase in reported hate crimes against Asians in 16 of the largest U.S. cities since last year. Stop AAPI Hate, a group that tracks hate and discrimination against Asian Americans and Pacific Islanders in the U.S., has reported 6,603 hate incidents from March 19, 2020, to March 31 of this year.

Republicans said the language in the measure was too partisan.

“Today, my colleagues have brought forth a resolution that I believe is laced with political jabs,” Rep. Jodey Arrington, (R-Texas), said on the House floor.

“It seems to be a veiled criticism of President Trump. And [the resolution] needlessly politicizes this horrible tragedy, it is inappropriate, and I believe it is unwise for Congress to presume a motive in the middle of an ongoing investigation.”

However, the resolution does not label the Atlanta shooting as a hate crime and does not mention the former president or condemn his remarks.

It notes that “the use of anti-Asian terminology and rhetoric related to COVID–19, such as the ‘Chinese virus,’ ‘Wuhan virus’ and ‘kung flu’ has perpetuated anti-Asian stigma that has resulted in Asian Americans being harassed, assaulted, and scapegoated for the COVID–19 pandemic.”

Georgia Democrats defended the resolution during debate on the House floor Tuesday night.

Rep. Hank Johnson, (D-Ga.), said that the measure “puts the House on record, condemning the racist shootings in Atlanta. That’s what it does, that’s all it does.”

“Atlanta and the South are no stranger to white folks utilizing violence to terrorize and harm communities of color,” Johnson said. “But even though the city’s past and present are marred with white supremacy, Atlanta is also a city too busy to hate. It’s a city that continues to be a catalyst for progress and triumph.”

Reps. Lucy McBath and Carolyn Bourdeaux, also Georgia Democrats, both said they had visited with the families of victims killed in the shooting.

“I can tell you the profound pain that emanated from them,” McBath said of the families she visited. “Racism simply has no place in our communities, in this nation.”

Bourdeaux said that the Asian American community has dealt with xenophobic attacks for the past year and that this resolution will “affirm our commitment to combat hate and bigotry against the AAPI community and condemns the hateful actions taken in Atlanta.”

Republicans also argued that the resolution was premature as a trial for the murders has not even begun and investigators have not officially labeled the mass shooting as a hate crime.

Willis, the prosecutor, has said she is seeking the death penalty for Long.

Separately, the House passed on Tuesday a bill,  S.937, that would establish a position in the Department of Justice to investigate the increase in hate crimes against Asian Americans during the pandemic.

It passed overwhelmingly in the Senate, 94-1, with only Sen. Josh Hawley, a Missouri Republican, opposed. He argued that the data system for reporting hate crimes could fall into government overreach.

The legislation passed the House in a 364-62 vote and will head to President Joe Biden’s desk to be signed into law.