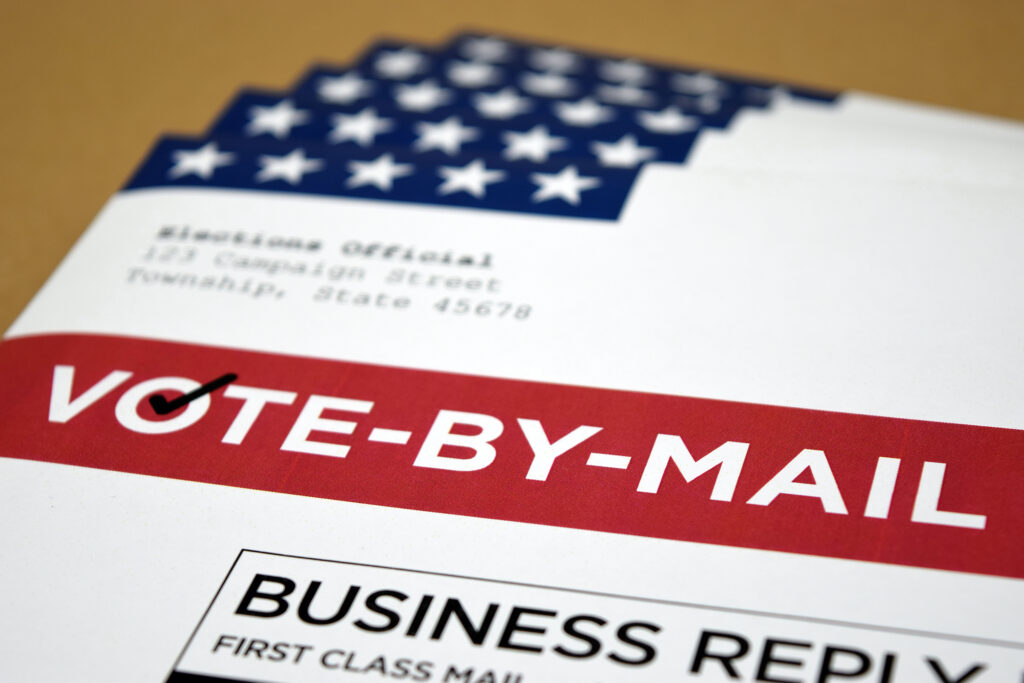 The Michigan Senate Elections Committee voted on three bills Wednesday that could reform voting procedures to mandate photo identification being presented when applying for an absentee ballot or casting a ballot.

All bills passed 3-1 and moved on to the full Senate.

SB 285, introduced by state Sen. Lana Theis (R-Brighton) requires voters to present their state-issued photo ID with their application for an absentee ballot. Voters who fail to show their photo ID will be issued a provisional ballot to vote.

SB 303, introduced by Sen. Tom Barrett (R-Charlotte) requires voters to cast their ballot with a provisional ballot if they do not have a photo ID with them at the polling station.

The three bills are a part of a larger 39-bill bill package introduced by GOP members in March. Other bills in the package bar unsolicited mass mailing of absentee ballot applications, ban pre-paid postage on absentee ballot envelopes for absentee ballots, constrain the hours people are allowed to drop off their ballots in boxes and require video surveillance of drop boxes across the state.

The package comes after the 2020 election where a record number of more than 5.5 Michiganders voted. Hundreds of similar bills have been introduced across the country following former President Donald Trump’s loss.

GOP senators sponsoring the bills say the package will “ensure election access and integrity in Michigan and to restore trust in a system vital to democracy in the state.”

Barrett said his bill and others like it will help to create more secure and safe elections in Michigan.

“Election integrity is not a partisan issue; all citizens, whether they are Republicans, Democrats, independents or other party, benefit from free and fair elections,” said Barrett. “Securing the processes by which voters make their choices for candidates and issues is critical to the health of our society.”

But the bills have been widely criticized by Democratic officials and voting rights advocates who say the restrictions will make it harder to vote.

Jocelyn Benson, Michigan’s Democratic Secretary of State, released a statement following the hearing critiquing the bill, saying the bills could potentially expose voters who sent in a copy of their Photo ID for an absentee ballot to identity theft. She also criticized the bill’s erasure of signed and sworn affidavits, saying the erasure of the provision will “only increase the number of votes that never get counted.”

“State lawmakers continue legislating on lies instead of telling their constituents the truth – the 2020 election was the most secure election in Michigan history,” Benson said. “The bills passed today will do nothing to bolster the extremely strong voter ID laws Michigan already has, and the politicians pushing the bills through are fine with that, because their real goal is reducing voter turnout.”

Lonnie Scott, executive director of the liberal group Progress Michigan, said the bills are a direct attempt to make the voting process more difficult by removing the option for voters to sign an affidavit and adding photo identification requirements for absentee voters.

“Taking away Election Day voting options that voters have successfully used for decades is completely unnecessary and goes directly against what voters overwhelmingly favored with the passage of Proposal 3 in 2018,” Scott said. “These radical, anti-voter bills are cut from the same racist anti-voter cloth as other restrictive measures that have been proposed around the country, and the push to pass them into law is utterly shameful.”