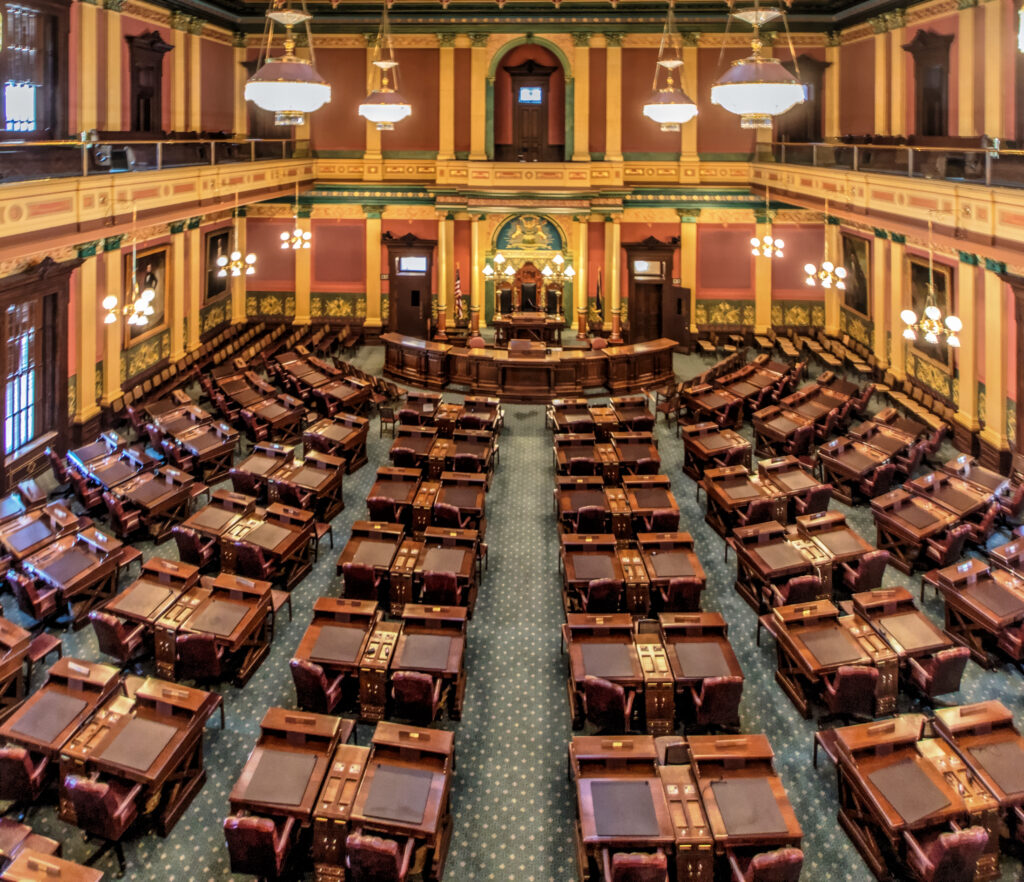 Balcony view of the Michigan House of Representatives chamber in the state capitol building in Lansing.

A bill package of lobbying, financial disclosure and ethics reforms passed through the House with bipartisan support Wednesday.

The 13 bills, House Bills 4680–4692, aim to close the revolving door for legislators and lobbyists, require lawmakers to disclose their financial information to a closed committee created by the Legislature, among other initiatives to raise the ethical standards in the Capitol.

Michigan scored an “F” in the last Center for Public Integrity’s State Integrity Investigation in 2015 and ranked worst in the country for state government accountability and transparency.

“The simple truth is people are losing faith in their government, and the problem gets a little worse every day,” said House Speaker Jason Wentworth (R-Clare). “We need to listen to what the people are telling us and start fixing the broken culture in the halls of government.”

But opponents to the bills say the legislation doesn’t go far enough to ensure the public has access to the information.

Lonnie Scott, executive director of Progress Michigan, a liberal advocacy group that launched the Coalition to Close Lansing Loopholes ballot initiative last year to bar the immediate lawmaker-to-lobbyist transition, said the bills only give the “illusion of transparency.”

“Unfortunately, the version passed through the House today is merely the illusion of transparency and contains critical flaws that would allow lawmakers to evade real accountability,” said Scott. “We urge our legislators to reconsider their approach to financial disclosures, follow the lead of almost every other state in the country, and ensure the public has the full truth about their lawmakers’ financial interests.”

There are a number of other bills in the House aimed at addressing transparency and ethics that are idling in committee, including an eight-bill package that would require state senators, representatives, candidates and members of Michigan State University, Wayne State University and University of Michigan governing boards to file financial reports and make it open to the public.

The 13 bills passed by the House Wednesday now move to the state Senate for consideration.