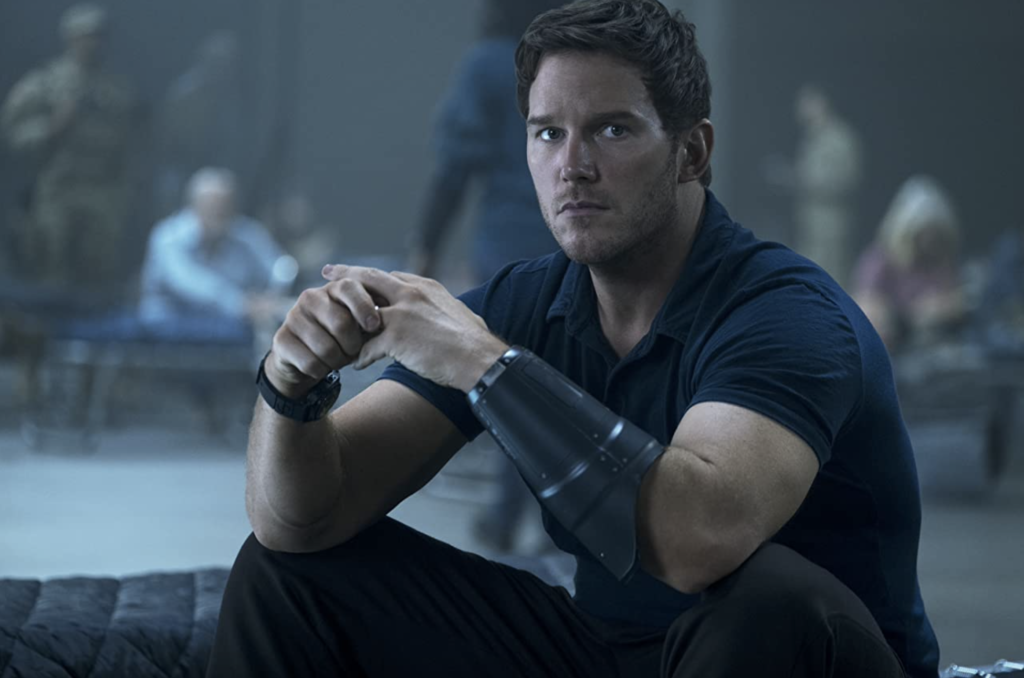 Sow Good Seeds is a column devoted to environmental issues, gardening, cooking, and anything else connected to the natural world that has so graciously hosted us on this earth. My hope is that it will encourage you to see the world around you in a different way, to make incremental changes in your daily living, and to treat our planetary home such that we honor the generations of life that will follow.

I’ve written about the future in a previous column, and the subject came up for me again, unsurprisingly, as I watched The Tomorrow War, an Amazon-exclusive film. If you haven’t seen it and you don’t want spoilers, stop reading now and come back after you’ve watched it.

For those who don’t plan to watch it: The Tomorrow War starts out set in the present time, and the world is visited by soldiers from thirty years in the future, fighting a losing war for the fate of humanity and requesting assistance. The enemy is an alien species, bent on killing every last human for food. What ensues is a swashbuckling journey of time travel, high-energy action, and people doing science.

What stuck with me, more than the somewhat-predictable family dynamics and questionable plot holes, was the call from future generations for help. As a last resort, they fall back on the people who have the capacity to do something, though at great personal and global cost. I don’t know what the next thirty or fifty years will bring – not intergalactic war, I hope – but it makes me wonder: what will those who come after me think as they look at the state of their world? Am I doing what I can to ensure their quality of life (at least) and their survival (at most), even if it costs me? Will they wish that I had lived my life differently?

To really spoil the plot: the aliens have been there the whole time. They crash-landed on the frozen tundra thousands of years earlier, brought to life by – wait for it – climate change(!), which melted the glacier that had encased them.

It’s not subtle. Not much about this movie is subtle, in fact. No one out-and-out says that human-caused carbon emissions caused the ice to melt, bringing about our own destruction, but the message is pretty obvious.

What the movie fails to do is present any real solutions. The aliens are vanquished and the future war is avoided, and the main character vows to live a better life for the sake of his family, but no actual change is undertaken or even suggested. To its credit though, it may encourage viewers to take the long view, which is the first step toward taking action. Seeing the impact of our decisions down the line is essential for making change in the present.

This brings to mind a hot-button issue in the Three Rivers community: a proposed solar farm in nearby Fabius Township. There is contention over a number of issues with the proposal, some of which do need to be resolved. I haven’t followed the ins and outs of the timeline, but as I understand it, the process the ordinance has gone through has not been transparent for the residents of the township. If clean energy is going to provide a substantial percentage of our energy in the future, the procedures and policies around it need to adapt in ways that work for both citizens and for government bodies.

On the whole, though, I welcome solar energy production in our community. We’re already seeing globally that fossil fuels are getting scarcer, dirtier, more energy-intensive to extract, and therefore more expensive, and we need other energy sources.

I work in Fabius Township, on a property that generates some of its own energy via multiple solar arrays. On my way to work, I drive past hundreds of rolling acres of corn and soybeans – crops that require enormous amounts of fossil fuels, fertilizer, water, and pesticides, and degrade the soil when grown conventionally. Are solar panels a more appealing, more productive, more green, more forward-thinking use of those fields? I’d argue: yes.

Yes, with a caveat: alternative energy, with all of its benefits, won’t be a silver bullet. Power from solar, wind, and water are tools in that toolbox, but they’re not the only ones.

The Tomorrow War missed an opportunity to continue the conversation that it started (maybe there will be a sequel; we’ll see?). We’re already seeing the effects of climate change: just recently, our world has watched the collapse of a building in Florida, deadly floodwaters rising in Europe, and heat waves suffocating the western U.S. We need to do what we can, while we can, to reduce our carbon footprint for our own sake and for the sake of future generations. And we need to talk about it.

Deborah Haak-Frost is the Caretaker for Community Engagement at GilChrist Retreat Center in Three Rivers, and volunteers at World Fare and with *culture is not optional, a Three Rivers-based community development organization.