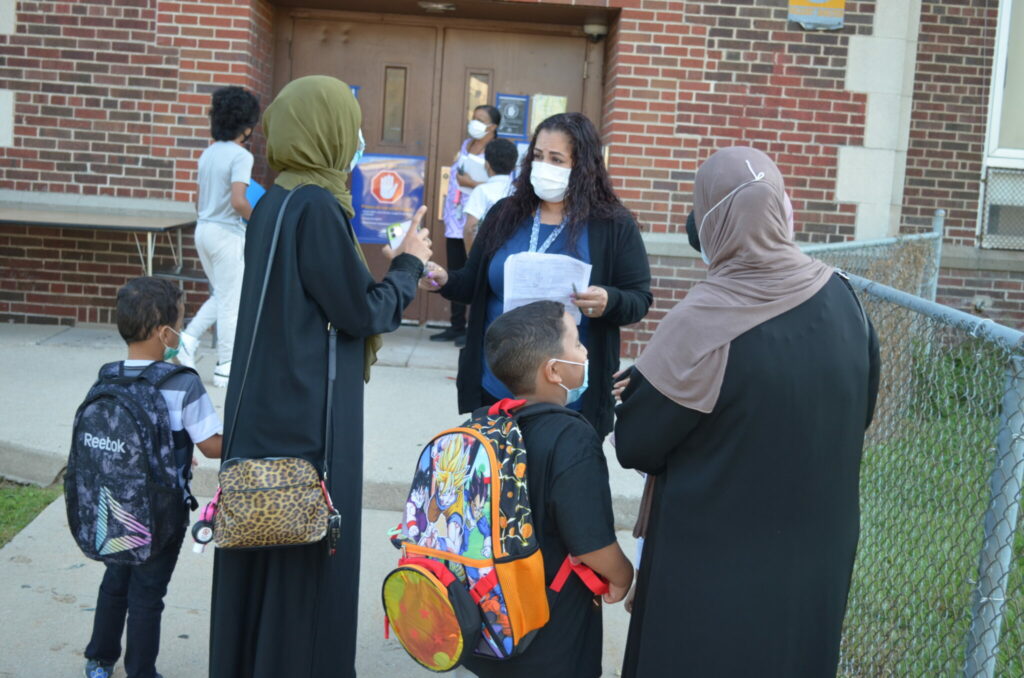 Michigan parents are split on whether or not students should be required to get vaccinated or wear a mask this school year, according to a study done by the K-12 Alliance of Michigan, a Lansing-based advocacy group.

The study, conducted by the Glengariff group between Aug. 24 to 26, surveyed 600 parents in the state.

About 39% of parents surveyed strongly support mandating masks while nearly 37% strongly oppose a mask mandate in schools, with big racial and political divides.

Education officials have asked state officials to impose a statewide mask mandate, like Gov. Gretchen Whitmer did in prior years. But her administration is looking for local school districts to handle it this school year.

“There are no plans for any statewide mask orders, including for schools, at this time,” DHHS spokesperson Lynn Sutfin told the Advance via email on Thursday. “Director [Elizabeth] Hertel continues to monitor case rates, hospitalizations and vaccine rates to help guide her decisions.”

The survey results vary by political leanings, race and where they are in the state. Parents who are Republican, white and live in rural areas largely oppose mask mandates.

For white parents, 41% support a mask mandate and 53% oppose one.

Whereas, a strong majority of Black parents — 94% — support a mask mandate.

Children under the age of 12 are not yet eligible for COVID-19 vaccinations.

The survey also asked parents about whether they believe their student fell behind in school during the pandemic and if they feel like schools supported students this last school year.

Of Detroit public school parents, Trump Republican parents and unvaccinated parents, most believe their child has fallen behind academically — 63%, 60% and 62% respectively.

A quarter of surveyed parents believe their school did not support their child during the pandemic last school year, with the strongest disapproval rates coming from Republicans, parents in rural areas and unvaccinated parents.

Regardless of demographics, most parents want more funding for their local school districts.

“It’s going to take a great effort for our schools to remediate the challenges brought on by the pandemic and the critically important programs we are implementing this year can only remain in place if Michigan takes the steps to rethink our funding formula and continue to invest in our students’ needs once again,” said Erik Edoff, vice president of the K-12 Alliance of Michigan and superintendent of L’Anse Creuse Public Schools. “It’s gratifying to know our parents believe in the importance of that as well.”

A minimum of 60% of every demographic group supports extending the temporary increase to a permanent increase, and nearly 79% of all parents surveyed support this.

When asked how those dollars should be spent, nearly 25% of parents chose more individualized tutoring for students, while just over 20% selected more options for skilled trades training and 18.5% would like to see more nurses and counselors to improve students’ mental and physical health.