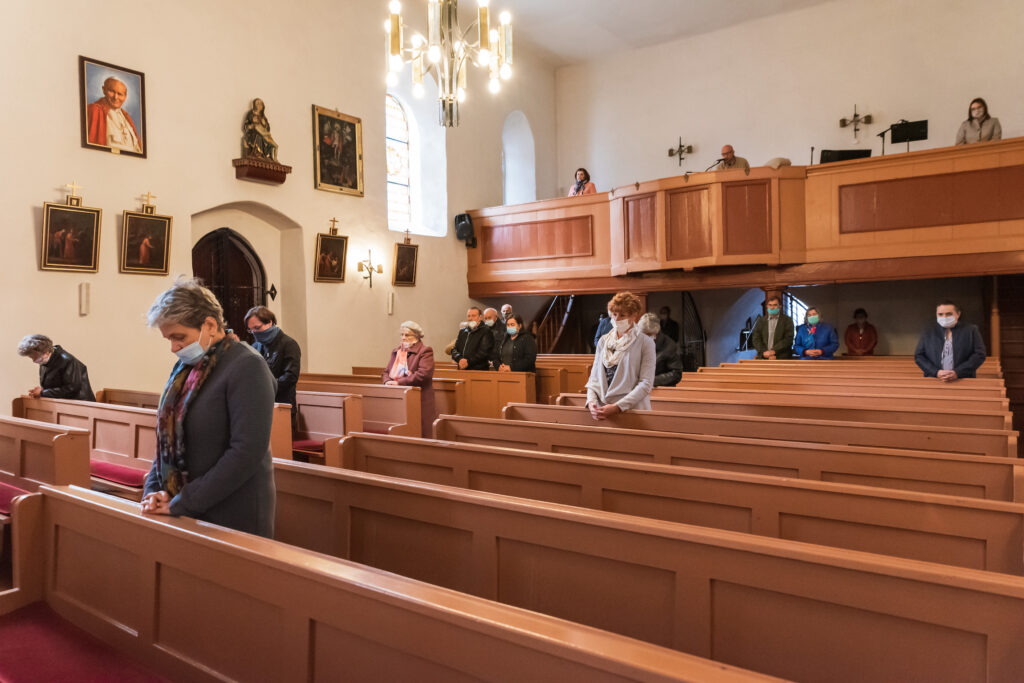 Is it legal for Western Michigan University to require COVID-19 vaccinations? According to District Judge Paul Maloney, maybe not—at least for now. While denying that you could resist the mandate for any reason (previous exposure to the virus was not enough), he took four student-athletes’ religious exemptions seriously enough that he issued a temporary restraining order against the university’s enforcement of the policy while it all gets sorted out.

Now I think the Free Exercise clause is critically important. I don’t know whether it protects religious protestations to receiving the vaccine; for what it’s worth, the Supreme Court recently did not seem to think so. And I’m not here to argue whether it’s good policy or not for Western to require vaccinations for students. I remember having to get several vaccinations to attend college, but then it never occurred to me that I might have a right to object. And in a way, that’s really the point of what I would like to say. There are two questions: both whether there should be religious exemptions, and whether religious people should seek exemptions. I want to look at the second area.

One plaintiff cited her belief that God will ensure she can naturally fight the illness while another said to get the vaccine would go against her trust in the Lord. Another plaintiff cited Catholicism’s refusal of “abortion-tainted” vaccines, citing the use of cell lines taken from an aborted fetus in testing and developing the vaccines as her justification against receiving the vaccine.

I could tackle these arguments one-by-one. Perhaps the abortion argument deserves special consideration, given that not all of the vaccines have the history that the plaintiff argues (if this is an issue for you, please see this excellent rundown here) and, in fact, as the article points out, Pope Francis has encouraged all Roman Catholics to get the shot. But what we can say for the other arguments is that there is a clear red thread, what we might call the “my faith” argument.

As a pastor, of course I am heartened to see young Christians take their faith so seriously! On the other hand, Christians do not have an abstract faith, a faith that says, “God will protect me.” That is more of a belief than anything—and there’s a difference between “a belief” and “faith.” There’s nothing uniquely Christian about this belief; plenty of people of all religions and no religions over time have had this belief that God or someone or something will protect them. But Christians don’t just hold particular beliefs; we have faith in a person: Jesus Christ.

And here is where it gets complicated. Because Jesus said many things, but he never promised to protect our earthly life. In fact, he called us to take up our cross and follow him (Mk 8:34). Faith is not believing that Christ will protect me in this life, but that after death he will raise me to a better life and that we can start living that better, more godly, more loving life now. Even when what we humans think of as “the worst” (death) happens, and someday it will, for all of us without exception, we are safely in his hands. Such faith allows us to stop worrying about ourselves and start caring for others. And Jesus has a lot to say about that. He summed it up this way: “This is my commandment, that you love one another as I have loved you. No one has greater love than this, to lay down one’s life for one’s friends (Jn 15:12-13).”

Sometimes God asks really hard things of us. Christians such as Dietrich Bonhoeffer or Maximilian Kolbe in Nazi Germany knew literally the meaning of laying down their lives for others as Christ did. How much easier for us who are only being asked to take a shot.

Here is what I do know. I have seen some of the most faithful Christians I know who have gotten this virus. Some of them made it; others didn’t. Whatever the case, I trust that they are ultimately in God’s hands.

But so are all of us. God does not just work through miracle cures, but through science, medicine, and above all love. It may be that what is being tested right now is not our faith, but our love. Do we have the love to get a shot that we might not think we need but that will help us not get someone else sick? Do we have the love to come together as a country and as the world to defeat a common enemy to humanity? Do we have the love to see that religion is not a private matter between myself and God, but always a public witness to the Christ of the cross who “so loved the world?”

By God’s mercy, despite all our missteps, we still have a shot to end this pandemic before more people get sick and die. And whether those people are ourselves or our loved ones, this we know: they are God’s loved ones. So to my fellow Christians, I would say this: even if you do not believe that you need the shot, take it out of love. Take it for the many people who cannot take it themselves: people who are immunocompromised, people who cannot miss work without getting fired, children. Whatever an earthly judge might decide in this case, Christians are being judged right now not just by the rest of the world, but by the one from whose judgment we cannot hope to be exempted. May we love one another today as he first loved us.

James E. Smith is a pastor serving at Trinity Episcopal and St. John’s Lutheran Churches. His views are his own. For comments, questions, or rebuttals, fire off an e-mail at jesmith7770@gmail.com. Prosit!