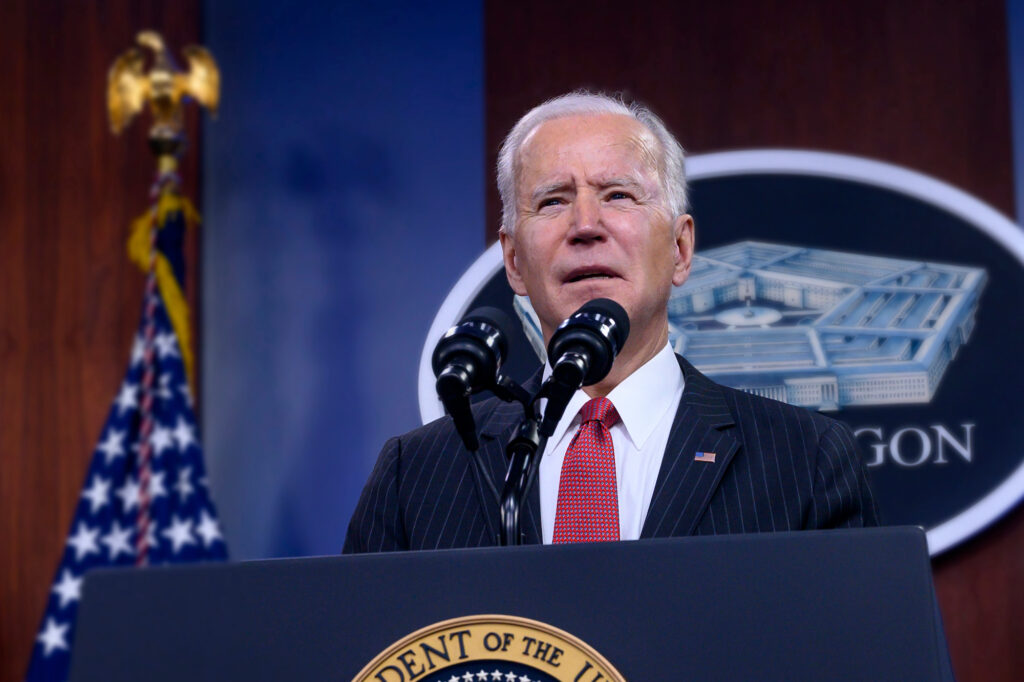 President Joe Biden’s sprawling social spending and climate package has been slimmed down into a still-massive $1.75 trillion plan that he and top congressional Democrats are attempting to wrestle through after months of negotiations.

Snipped from that proposal are a number of key priorities for Democrats, including an attempt to create the first paid family leave program for parents and other caregivers.

But the framework announced Thursday includes other sweeping policy changes, such as universal pre-K for U.S. children, help with skyrocketing daycare costs, expanded health care coverage for millions of people, and a major clean-energy investment aimed at combating climate change.

Democrats also tucked in an immigration provision that would update the green card registry from 1972 to 2010, making undocumented people who entered the country before 2010 eligible for the cards that extend permission to reside and work in the U.S.

“No one got everything they wanted, including me, but that’s what compromise is,” Biden said in a White House speech Thursday morning after meeting with congressional Democrats on Capitol Hill. “That’s consensus.”

But a firm agreement among Democrats remained elusive. Two Democratic senators who objected to the broader, more expensive plan that Biden initially outlined — Sens. Kyrsten Sinema of Arizona and Joe Manchin III of West Virginia — have not yet publicly committed to voting for the measure.

Progressive Democrats also have eyed the proposal skeptically after high-profile policy changes they lobbied for were nixed. They want to ensure that the expansion of social programs isn’t left behind if Congress moves first on a pending infrastructure bill to repair the nation’s aging roads, bridges and rails.

The House was set to vote Thursday night on an extension on transportation funding to Dec. 3 to give lawmakers more time to hash out Biden’s social reform package.

Here’s some of what’s in, and what’s out, of the social spending and climate bill, according to the White House and members of Congress:

The social spending bill would be paid for through a 15% minimum tax on large corporations, as well as a new surtax on the income of multi-millionaires and billionaires, the wealthiest 0.02 percent of Americans, the White House said. Biden has pledged that no one earning less than $400,000 annually will pay more in taxes.

The plan also relies on revenue raised from rolling back some of the Trump administration’s 2017 tax cuts, and more IRS efforts to combat tax evaders.

The Biden administration released details of the framework Thursday morning as the president gave an in-person sales pitch to House Democratic legislators before departing on a long-planned trip to Italy and Scotland.

The latter half of that trip involves a global climate conference, and Biden’s arrival without congressional action on any meaningful U.S. steps to combat climate change would undercut efforts to ask other countries to also reduce greenhouse emissions.

Biden framed debate over the proposal as deciding between “competitiveness vs complacency,” urging lawmakers to support investments he depicted as necessary to restore the U.S. as a leader among nations.

Biden and Democratic leaders in Congress also got some help from former President Barack Obama, who described the deal as “the best chance we’ve had in years to build on the progress we made during my administration and address some of the most urgent challenges of our time.”

But progressives were not budging on their stance to not vote for an infrastructure package without the complete legislative text for Biden’s social reform package, as well as a guarantee that Manchin and Sinema will back it, the leader of the caucus, Rep. Pramila Jayapal, (D-Wash.) said in a statement. Progressives also want the social reform package to be scheduled for a floor vote along with the infrastructure bill.

“There is too much at stake for working families and our communities to settle for something that can be later misunderstood, amended, or abandoned altogether,” she said. “That is why dozens of our members insist on keeping both bills linked and cannot vote only for one until they can be voted on together.”

Rep. Cori Bush, (D-Mo.), said that she would not vote on the infrastructure package based on the framework the president pitched to lawmakers.

Rep. Ilhan Omar, (D-Minn.), added that House Speaker Nancy Pelosi does not have the votes from the House Progressive Caucus to pass Biden’s infrastructure package.

House Democrats were also frustrated by a lack of commitment from Sinema and Manchin, who have not stated that they plan to vote on the framework Biden provided.

“After months of productive, good-faith negotiations with President Biden and the White House, we have made significant progress on the proposed budget reconciliation package,” Sinema said in a statement. “I look forward to getting this done, expanding economic opportunities and helping everyday families get ahead.”

Pelosi held a press conference late Thursday afternoon, where she defended the president’s framework. She said even though it did not include everything that Democrats wanted, it was still an historic social reform bill.

In the 2020 National Defense Authorization Act, the Trump administration included 12 weeks of paid family leave for federal employees, a bill that Manchin voted for.

Pelosi did not answer questions whether she was certain that Manchin and Sinema would vote for the Build Back Better package.

“I trust the president of the United States,” she said.

The Rules Committee later held a hearing on the bill, where Republicans criticized Democrats for the meeting’s quick timing and objected that they did not have enough time to read the legislative text.

The committee’s chair, Rep. James McGovern, (D-Mass.), made it clear that the meeting was not a markup of the bill and that the House had no plans to bring the bill to a floor vote on Thursday.

Pallone, who also chairs the House Energy and Commerce Committee, said during the Rules Committee meeting that he would push for an inclusion of prescription drug pricing such as a cap on seniors’ out-of-pocket spending and penalties for pharmaceutical companies that unfairly raise drug prices.

“I hope that it would have been in there,” he said. “We’ve got to make these investments to deal with the public health crisis.”

Immigration and the Senate

On the immigration provision on green cards, it’s still up to the Senate parliamentarian to give an opinion on whether it would be allowed under the reconciliation process Democrats plan to use because it requires a simple majority in the evenly divided Senate.

The parliamentarian has already ruled against Democrats’ plans to create a pathway to citizenship for millions of undocumented people.

The Biden administration set aside $100 billion for immigration policy—separate from the social reform package—that would help reduce immigration backlogs, expand legal representation and help with processing at the border.

“With this framework, Congress is taking a key step forward in our effort to modernize our immigration system, and there is no doubt that our country will benefit from the resulting economic gains for decades to come,” he said.

“The immigration provisions in the Build Back Better framework include advancing the registry date, a move last championed by President Ronald Reagan, to allow those who have lived and worked in service to our communities for more than 11 years an opportunity to apply for permanent residence.”