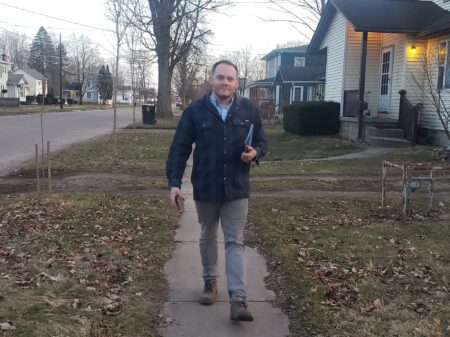 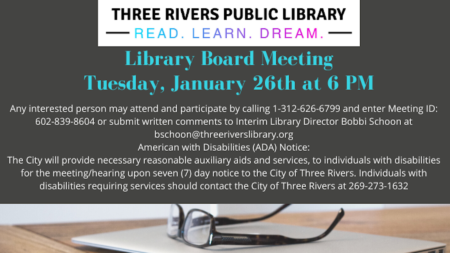 The Three Rivers Public Library Board will meet at 6 p.m. tonight, Tuesday, January 26 via Zoom, to discuss a variety of topics, including a potential lease agreement with the Three Rivers Woman’s Club. 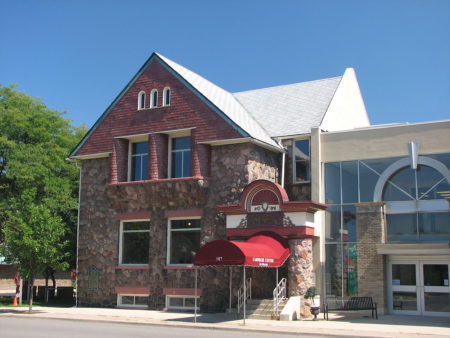 During closing comments at a regular Three Rivers City Commission meeting Monday, City Manager Joe Bippus said the Three Rivers Woman’s Club (TRWC) is seeking alternatives to its current space in the Carnegie Building, which it shares with the Carnegie Center for the Arts (CCA). The City currently owns the building but leases it to TRWC, which subleases it to the CCA. Earlier this year, the CCA and the city entered into a Buy-Sell Agreement that set initial terms for the CCA to buy the building. That agreement stipulated that the CCA and TRWC agree to a new lease, but the parties have been at an impasse for several months over questions of building access. 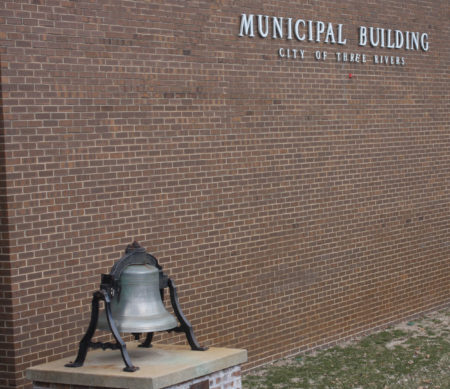 Three Rivers City Commissioners approved a motion Tuesday to proclaim the city as the “Center of the Universe.” 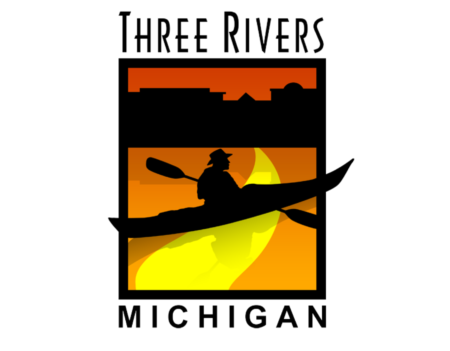 At a regular meeting Tuesday, the Three Rivers City Commission approved a Memorandum of Understanding (MOU) regarding sewer service for the Michigan Milk Producers Association (MMPA) dairy in Constantine. 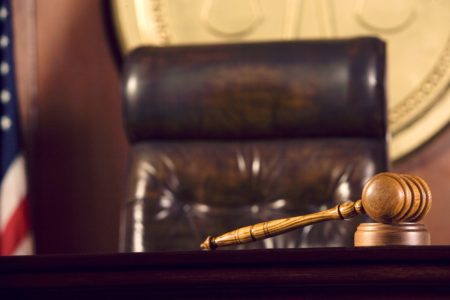 Circuit Court Judge Paul Stutesman issued a ruling Tuesday in a suit against the City of Three Rivers over a petition submitted this summer to place a marijuana ordinance on the November ballot. Stutesman ruled the petition, submitted by Jobs for Michigan Communities (JMC), does not conform to a state statute that dictates proper size and language. 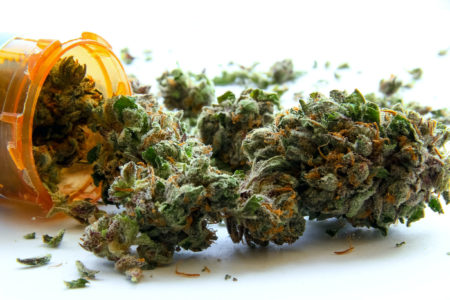 This morning, Circuit Court Judge Paul Stutesman spoke to attorneys for the plaintiff and defense in a lawsuit case around a City of Three Rivers marijuana ballot measure petition that City Clerk rejected last month. 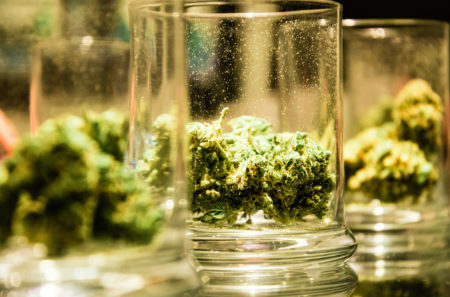 Following a request by City Attorney J. Patrick O’Malley, Three Rivers City Commissioners voted Monday to retain special counsel regarding two marijuana-related petitions. O’Malley said the firm of Miller Canfield is handling a number of such petitions around the state, which would place permitting marijuana establishments in cities on local November election ballots.