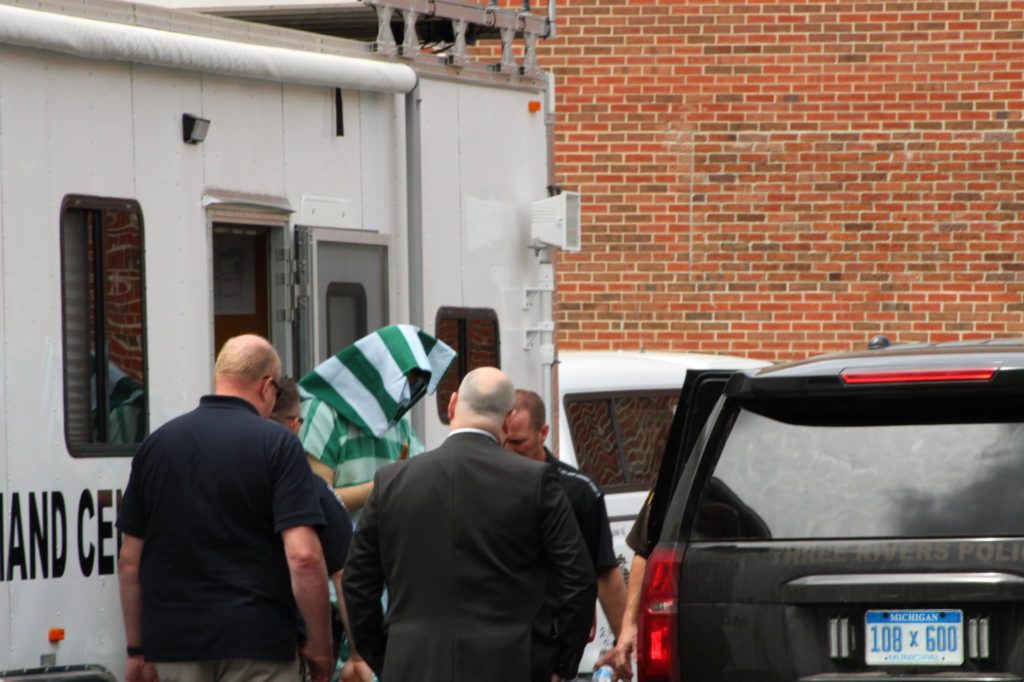 Pictured is a person of interest in what authorities are calling an "apparent homicide or suspicious death" that took place in the 300 block of Middle Street in Three Rivers Thursday. (Alek Haak-Frost | Watershed Voice)

A person of interest has been detained for questioning

The body of a 59-year-old Three Rivers man was found in a house in the 300 block of Middle Street near Riverside Church Thursday, in what St. Joseph County Undersheriff Jason Bingaman called “an apparent homicide or suspicious death.”

Authorities at the scene have not released any further information about the incident or confirmed any other details. A member of the Three Rivers Police Department said, “It’s too early to comment at this time” but said more information would be made available.

A person of interest in the incident was interviewed for about an hour by authorities at the scene, and was later placed into a Three Rivers Police cruiser. Police say the man has not yet been charged and was taken to the Three Rivers Police Department for further questioning.

Watershed Voice will have more information on this story as it develops.