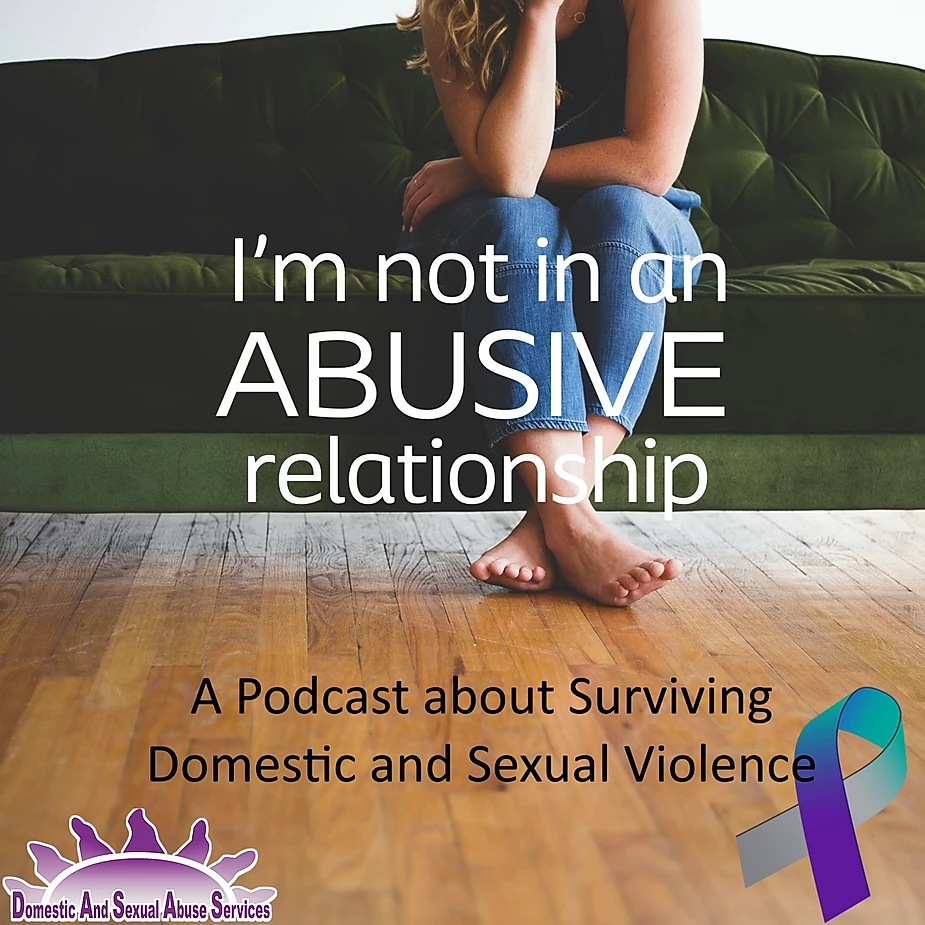 Domestic and Sexual Abuse Services works to support victims of domestic violence, abuse, stalking, and other sexual violence all over Southwest Michigan. In March of 2019, they began recording I’m Not In An Abusive Relationship, a podcast centering on themes of domestic violence. Nearly sixty episodes later, Watershed Voice sat down with Dan Moyle, DASAS board member and the podcast’s producer, to talk about the show. This interview has been edited and condensed for clarity.

WV: DASAS provides a lot of direct services, from housing and counseling, training and education, to help with the legal system and courthouse support. Why did DASAS decide to do a podcast?

DM: I was at a DASAS event, “Walk A Mile In Her Shoes,” and a survivor speaking at the podium kept saying over and over that she told herself she wasn’t in an abusive relationship. And I had this idea to do a podcast. We know that a lot of people listen to podcasts. It’s a growing medium. It’s also a great way to reach people in a private way. Victims can listen in without anyone knowing what they’re listening to. So it’s like a private conversation. Which means we’re spreading hope and education around the world to help end domestic and sexual abuse.

WV: What has the community reception been like? How many people listen?

DM: We’ve had people come up to DASAS members and employees at different state events back before Covid and we’ve had that across the state and in our community and around the world. I looked at numbers this morning. Your average podcast episode gets 140 downloads in the first thirty days, downloads or listens or whatever you want to call it. Ours averages about 350 in the first thirty days and our total after thirty days about 550 downloads per episode. So our little Three Rivers-based, St. Joe, Cass County-based podcast gets 550 per episode. Actually, 555.

We’ve got over 32,000 downloads total on 59 episodes, 50 states, plus D.C., 69 countries…so the community response has been amazing but the bigger audience has been more incredible. And I don’t want to say “more incredible” because I love our little community and I’d love for more community members to know it’s there. That’s our ultimate goal — to serve our three counties.

“So how do I deal with it? Being open. Asking questions, Being curious. Understanding there are almost 8 billion people in the world, there are 8 billion perspectives. Just listen.”

Dan Moyle on correcting his own implicit bias

WV: You’ve talked about this, everyone on the podcast has talked about the fact we all have implicit biases, we all were raised in a culture that maybe didn’t see certain forms of violence as domestic violence. So now that you’re working to educate, how do you check or correct your own implicit bias — which again, we all have this — to explore the complexities around this in an honest way?

DM: I’m working every day at it. Whether it’s domestic violence, sexual assault, whether it’s race relations, whether it’s gender, whether it’s sex, whatever, all these things — I’m always trying to learn someone else’s perspective and just be open to it.

When we record these episodes, we do them in a batch so we’ll get together on a Saturday for three or four hours, I will constantly be asking questions, listening, challenging my perspective with someone else and saying, “Okay, I never would have thought about it that way, why is it that way?” You know, one of the questions I’ve asked to help myself is, “Am I abusive?” And I’m not, but if I do certain things that could be a red flag, does that make me an abuser? Just understanding those biases and that we’re always growing is so important.

So how do I deal with it? Being open. Asking questions, Being curious. Understanding there are almost 8 billion people in the world, there are 8 billion perspectives. Just listen.

WV: How has doing the podcast changed DASAS as an organization? (Offering services is the biggest part of the organization.)

DM: The biggest impact has been awareness. This is a chance for us to grow. Just seeing that impact and getting interview requests from around the country, like [David Flowers], the author of Taming the Lion Tamers. He was great, and people like him that reach out to us…I’ve got another interview I just did with a woman named Sheena, who wrote a book called Nina’s Whisper, which is all about sexual abuse in a same gender lesbian relationship. She’s a Black American, and the one character even says “I was raised by a strong Black woman.” So like, I am none of those things, and to have people like Sheena, to have Steve Wolhander reach out to me and say “I want to be a part of this conversation,” that’s affected us greatly. It shows us that we’re getting our voice out there and making a difference.

WV: How many survivors from the community are interested in sharing their experiences?

DM: We do have some. That’s why I’m so grateful to Deborah Hackworth [Director of Advocacy Services at DASAS] and some of the people who work with her. When someone tells her “I want to share my story,” she gets a feel for where they are in the recovery process. When we do interview someone in-person, we have a couple of DASAS therapists there to help them process it afterward because it can be very taxing.

We’ve also reached out to people and asked. One of the earlier survivor stories, Tara’s Story, she has told that story at a number of our events, she has been telling that story for a long time. So of course we were going to have Tara come on. That just makes sense.

DM: I was fortunate enough to have the woman who was the catalyst for all of this come on and tell her story. Her name’s Michelle. It’s going to take until episode 63 for that to come out, but we were able to reach out to her and ask do you mind telling your story on this? A lot of times, it’s us asking when we know someone who has a story who can help. Some of the times people have asked us and we’ve said, not right now, you need more healing.

WV: That must be intense to tell someone.

DM: I leave that to Deb.

WV: I’m a frequent listener. You did what I thought was a great interview with Dowagiac Police Chief Steve Grinnewald. He was very straightforward about something that is many people’s reality, which was that there can be implicit bias in the legal system and sometimes it means victims and survivors are kept in perilous situations, or not supported by police or judges. A lot of people might take issue with that idea, because it adds some complexity to the “police are there to help” viewpoint. Why is it important for you to present controversial viewpoints?

DM: There are terrible people in all walks of life, and unfortunately some of them have authority. That’s not saying all cops are bad. That’s the way I look at it and tackle those things. Steve’s one of our board members, he’s been involved for a long time, and his whole point in being involved is to bring that education to his police force.

WV: Domestic violence itself is controversial in a way.

That’s what I think it is. We don’t grow in our comfort, and we don’t grow without respect and trust. Thinking of those things helps us to tackle those controversial issues.

WV: Is there any advice you have for those of us who want to support victims of abuse during Coronavirus, and would you like to describe how DASAS is stepping up? People being trapped inside, having all these rules — domestic abusers often exploit rules to carry out violence — yeah, I was wondering if you had any specific thoughts or wanted to talk about DASAS’s work during this time.

I haven’t heard as a board member anything specific about stepping up during Covid other than, just being there for people, educating. Look at our social media, we’ve shared a few things about domestic abuse in quarantine.

Shining a light on the problem and continuing to check on people is the best way we can support.

WV: Thank you so much for agreeing to sit down. Where’s the podcast available?

DM: Apple, Google, Stitcher, Spotify, iHeartRadio, all of them.

Becca Sonday is a Three Rivers native and a Main Street Media Group board member.