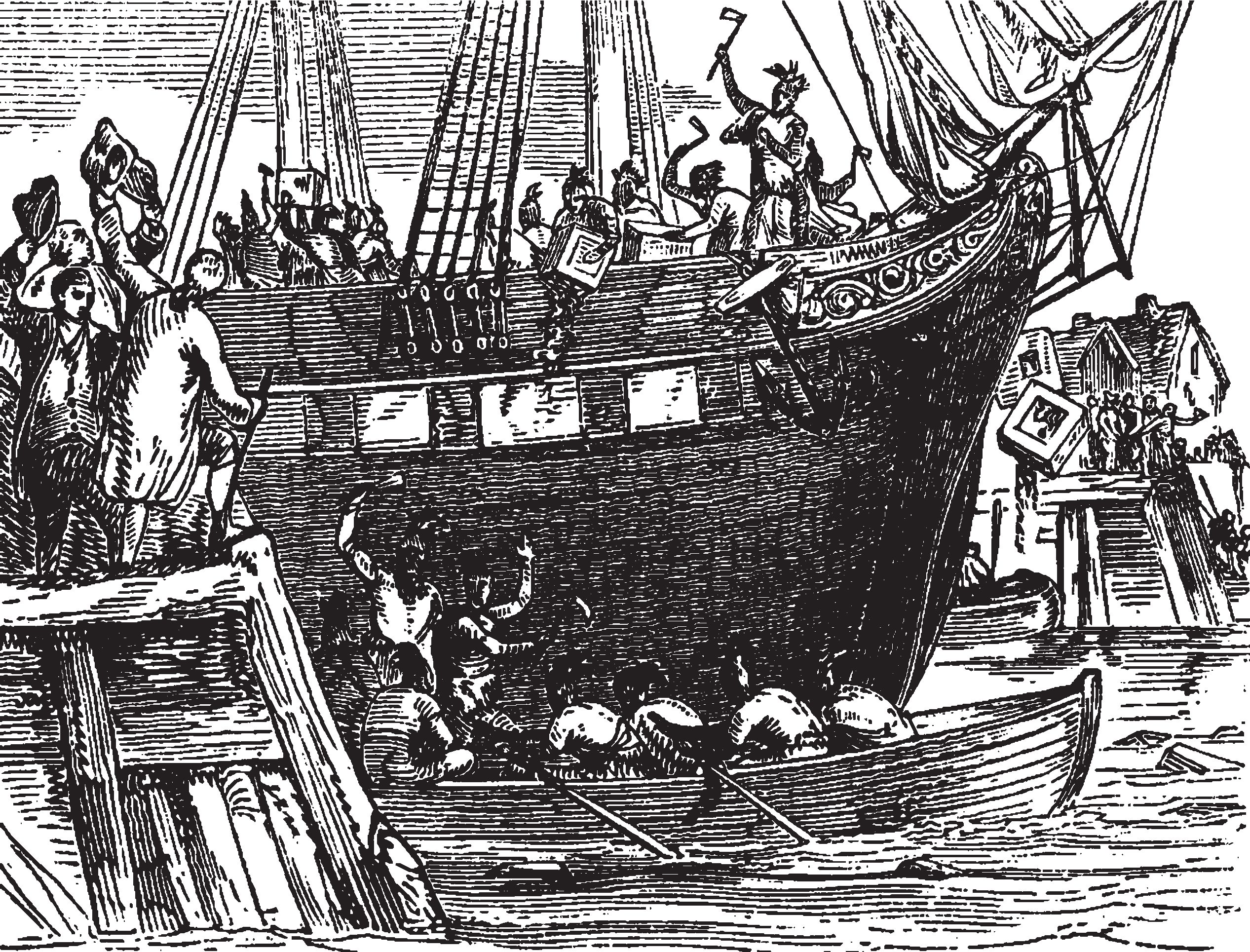 “But the protestors were rioting and destroying property!” Pictured is an early example of protestors using property destruction in an attempt to pursue justice, ca. 1773.

This quote comes from a person who consistently and effectively advocated nonviolent resistance over the course of 15 years’ worth of leadership in political change. Dr. King knew that numbers, consistency, persistence, and organization are the most effective tools of a movement.

The record of his action and the methodology by which he organized and advocated for justice shows that he was aware that at any given moment, disorganization and destruction would threaten the movement he helped lead and the transformation that he helped work to coalesce.

However, he also knew that nuanced and advanced understanding of people and situations is critical. Further, he was never unclear on the difference between the tactics and responsibilities of the oppressed and those of the oppressor: it is not truly the job of the oppressed to resist tyranny as tidily as possible. Staying tight and organized and peaceful is a tactic born only of necessity.

In fact, Dr. King knew that rioting and destruction of property were not particularly effective tools, and that they often could be counter-effective. Destruction is wasteful. It almost always has negative long-term impacts on neighborhoods that lack the civic or financial capital that it takes to recover from it quickly. It can threaten the livelihoods of relatively powerless people. Once the temporary catharsis wears off, it can sometimes spark the advancement of a movement—but this is rare, and in no case does destruction actually drive a movement. It’s the anger at the injustice that fuels advancement and change, and in the face of clear injustice, and that anger is there either way.

It’s just critically important to remember what the underlying issue is. Know where the anger comes from, because without that root cause, everything else would be a non-issue.

Make no mistake: no matter how it manifests, the anger at systemic injustice in Minneapolis this week is righteous, and it is rooted in a situation exponentially more egregious than stolen electronics.

If you’re more angry about the destruction of insured property than about a murder captured in full, from multiple angles, on video, then you are missing the point. Protestors rarely target occupied residential properties because  they know that a key relationship exists between commercial and political power.

If you know that relationship exists too, and government tyranny is a concern of yours, then you’d better make sure you aren’t complicit in it when it takes a form that doesn’t fit your preconceptions.

Dave Vago is a Philadelphia native with roots in Three Rivers. He is a planning consultant to history and community development organizations and is the former Executive Director of the Three Rivers DDA/Main Street program.