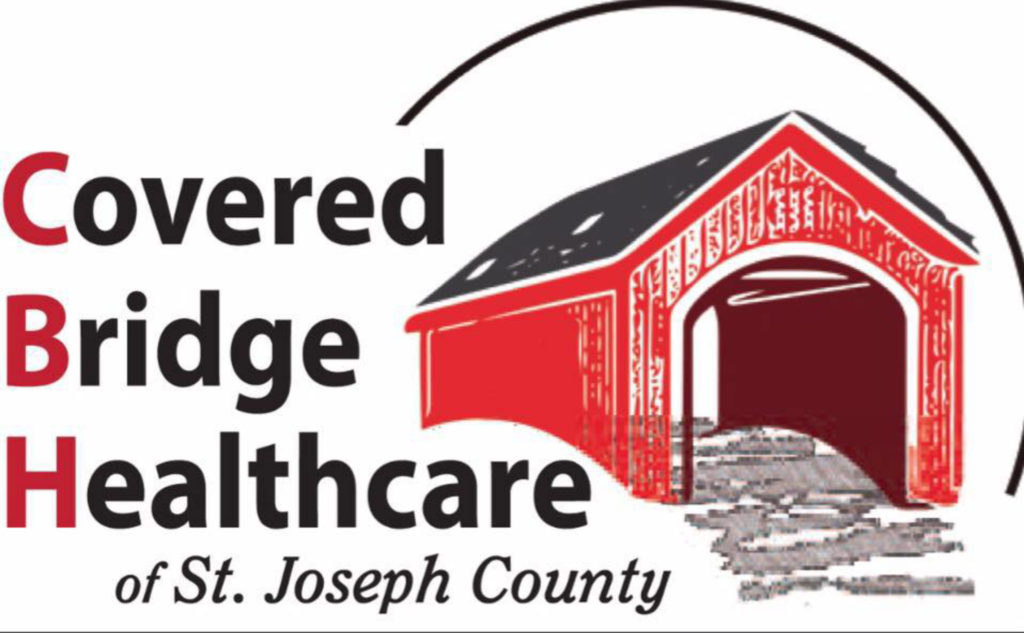 The St. Joseph County Commission’s Executive Committee heard several proposals for review, as well as some project updates, at a meeting held Wednesday morning. The committee typically meets in to hear such proposals the week prior to its regular meeting, where many such proposals are subsequently voted into effect.

Doehring said the sale would make additional grant opportunities available to Covered Bridge, permit them additional flexibility and opportunities to expand, and reduce the county’s liabilities as a landlord, saying the building would “provide a better service to them than to us.” Doehring said she has been discussing the proposal over the past year with Rick Shaffer, Covered Bridge’s Executive Director.

Shaffer said Covered Bridge has occupied the building for four years. It originally only used part of the building, but with several county commissioners’ help, made the rest of the building usable. Shaffer thanked the commission for their assistance in making the building workable, and for a previous $300,000 loan that helped the organization to expand. “Now we’re out of space, folks,” he said. “We went from our first day of four patients to 4,000 patients.”

Shaffer said business has been able to obtain additional protective equipment from $50,000 in COVID relief funds, which pushes its physical capacity. Covered Bridge would like to add not only physical space, but improved egress, and add a drive-through pharmacy, all of which it can finance through ownership of the building. The proposal comes concurrent with an announcement that Covered Bridge will also be able to purchase the car wash next door, which can continue to operate, but which will provide additional land space for expansion.

Doehring and Shaffer said they arrived at a price jointly by looking at neighboring land prices, consulting with the County’s equalization department, evaluating what Covered Bridge has already invested in the building, and determining what a reasonable monthly payment would be.

“I think this is a great arrangement for our community. You’ve already paid us in rent ($144,000) so quite literally you’ll have paid out $288,000 for something, so we will be much more than whole on this. You’ve paid out for renovations and ongoing expenses, taken maintenance off the slate of our already-stretched staff,” Fifth District Commissioner Ken Malone said. Malone called the potential sale a great partnership and would be glad to proceed with a transaction that would help Covered Bridge.

“All I can say is, they’re a valuable asset in our community. They certainly have the right person at the helm, running that operation,” First District Commissioner Allen Balog added. “I would be totally in favor of moving forward with this proposal.” Third District Commissioner Dennis Allen agreed with Balog and Malone, calling the price “more than fair” and expressing appreciation to Shaffer and Covered Bridge for their service to the community. Shaffer promised “bigger and better things to come.”

Cathy Knapp, Associate Vice President at Southwest Michigan First (SWMF), presented a proposal to the Executive Committee to re-establish a Brownfield Development Authority board for the county. SWMF partners and contracts with the county to perform economic development work, and Brownfield development refers to development that takes place on sites where previous commercial or industrial development has already taken place. Specialized funds are often available from Federal, state, and other sources to address unique challenges at brownfield sites, such as environmental cleanup.

Funding and expenditures “depend on who’s got what projects going, and we will make sure we will be telling the communities about the fact that these funds exist, so people are aware,” Knapp said. “We’ll go to the banks, we’ll go to the municipalities, and let them know that if they have projects, to please come to us. There are a couple waiting in the wings.”

Knapp said Burr Oaks Township and Three Rivers have potential projects, including a developer who may be interested in the former Three Rivers Hospital site on Spring Street. Second District Commissioner Kathy Pangle suggested Knapp also reach out to the Mendon Village Manager about the former Mendon Inn, recently acquired by the village’s Downtown Development Authority.

A previous incarnation of the Brownfield board “mirrored the same board as the St. Joseph County EDC (Economic Development Corporation),” Knapp said, but was idled. “St. Joseph County Edge has taken over as the organization that handles economic development activities,” Knapp said. “We could have asked that board to serve as the board for the Brownfield authority, but we wanted to make sure we also had some community representation on the board, because a lot of these projects are community development projects that look for assistance with Brownfield funds.”

Knapp met with Doehring and County Grant Administrator James Hissong to discuss what a good representation might look like. “(Doehring) is asking your support to nominate a board that consists of the County Administrator, the County grant writer, the Sturgis City Manager, the Three Rivers City Manager, the St. Joseph County Edge Chairman, the Constantine Village Manager, and a representative from Southwest Michigan First so that we’ve got a good cross section of business and community development, city, village, and county representation,” Knapp said.

Hissong provided committee members with an update on the status of several funding opportunities available to help communities recoup pandemic-related expenses. “There are a lot of overlapping programs right now, but we’re in a position to make sure we have those costs covered.”

Hissong told the committee Michigan State Senate Bill 690 has passed, allocating the latest round of funds awarded to the state from the Federal Coronavirus Aid, Relief, and Economic Security (CARES) Act. The bill makes $100 million available statewide, and Hissong has put in an application “early enough to qualify.” The ask from St. Joseph County “equates to a $73,000 grant request.”

Hissong also said he is working on another state request, due Friday, for a program that would partially reimburse pandemic-related public safety payroll expenditures from April and May. The available funds will be prorated for each community that applies, so St. Joseph County may not get the full amount it requests. “If we don’t make this round, there will be another one to cover July,” Hissong said.

Another program, the Coronavirus Emergency Supply Funding (CESF) initiative available through the Michigan State Police, has made funds available to several county branches, Hissong said. “The Sheriff’s Department has $68,000 to help with reopening and mitigating the spread.” The county courts have $125,000 from the program, and “the prosecutor will have $27,000 to assist with technology for remote work and (personal protective equipment),” Hissong said.
Hissong has already worked to secure other pandemic relief funding opportunities for the county. “Thanks for all you do,” Balog said to Hissong. “It sounds like you’re on top of it.” Doehring also thanked Hissong for his work.

Pangle reported she recently attended a village meeting in Leonidas that lasted over two hours. The village is “considering letting a large marijuana farm into the community.” If permitted, the facility would locate near the intersection of highway M-60 and Olney Road. Pangle said many people spoke and expressed concern at the meeting. The facility would require “large security, big walls, a huge operation, so a lot of safety concerns,” she said.

Village representatives plan to visit Bangor to view a similar operation and get a better idea of the benefits and costs of allowing one. Balog asked if Pangle knew what kind of jobs the operation might provide. Pangle said it was likely to hire about 40 people, which could later expand. She said the farm would mostly hire locally for field workers, but was unsure where security staff might come from.