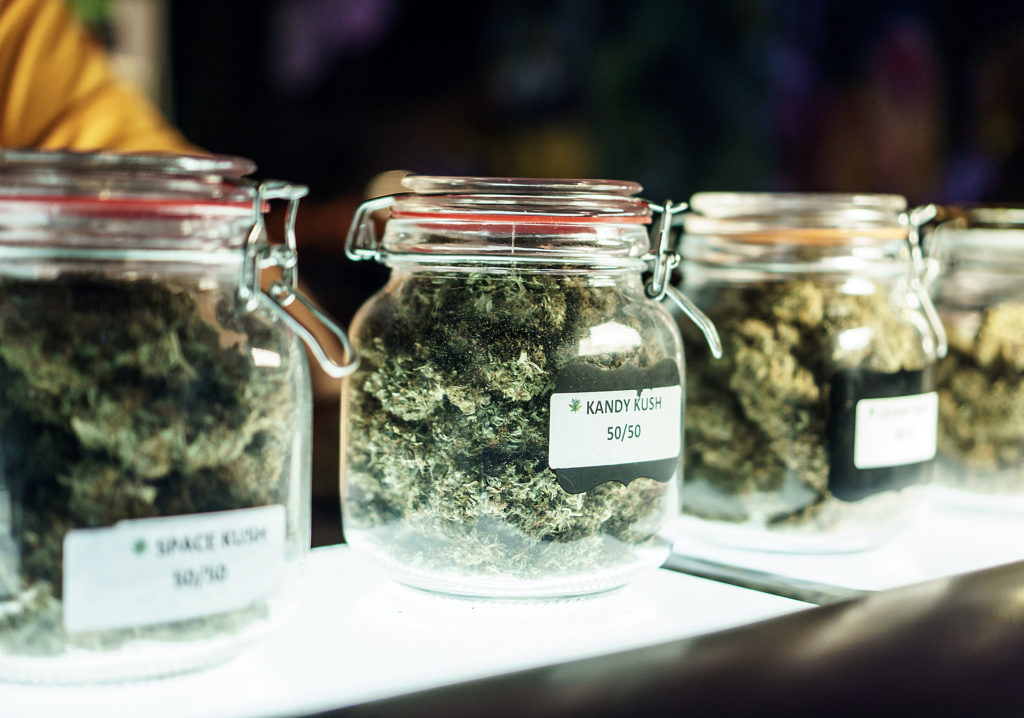 Petitioners and city officials confirmed a lawsuit has been filed against the City of Three Rivers during the regular Three Rivers City Commission meeting on Tuesday. Andrew George, who is also running for First District County Commissioner as a Democrat, spoke during the public comment period about two petitions he recently submitted calling for measures on the November ballot that would establish a city ordinance and a city charter amendment permitting marijuana retail businesses inside city limits.

In a letter, Bliss listed the reasons for the rejection. One of those reasons was that the paper petitions allegedly did not comply with size requirements. In his comments, George provided a side-by-side comparison between a petition page he submitted against one that successfully got a statewide marijuana initiative on the ballot in 2018. The two sheets appeared to be identical in size to Watershed Voice staff via Zoom, including a fold which George said is permitted by law to allow an oversized form to collapse to the correct size.

George said, “Here are my concerns. If the law office that you all decided to consult with didn’t know the very basic election law and petition law that allows for a petition to fold into the correct size, I would be very concerned with the amount of money you guys paid for that service. Now, if they did not advise on that, and somebody else added that into the reason why this petition was denied, I’d also be concerned. This petition was legally submitted with legal language.”

George suggested the city could avoid the lawsuit by taking action through a motion placing the petition measures on the ballot. “It’s being suppressed illegally,” George said. “The city commission does have an option to right this wrong today.”

Sam Pernick, Jobs for Michigan Communities treasurer, also helped assemble and submit the petitions and spoke on Tuesday. “We were excited,” Pernick said. “We were able to gather the requisite number of signatures that the state law requires. We were over by a number of signatures, so that was very encouraging. There seems to be a lot of support.” Pernick said the timeline of submission invalidated other reasons for the petitions’ rejection according to state law, and related issues would “carry significant weight in court.”

During commissioner comments, Fourth District Commissioner Carolyn McNary said, “we should allow, at least, that voice to go on the ballot. Now, we’re looking at a fight. We should consider — we can stop this. Let our people speak.”

O’Malley said he has not yet reviewed the summons complaint pertaining to the lawsuit but said getting into a discussion on the matter without first reviewing the terms of the complaint could be detrimental to the city’s case. City Manager Joe Bippus said he, Bliss, and O’Malley could come back to the commission with recommended options at its next meeting once they have had a chance to review the complaint. Lowry said, “we’ll know so much more in two weeks.”

Third District Commissioner Chris Abel echoed McNary’s comments. “We are here as the voice of the public,” he said, recalling that previous discussions about local marijuana laws left opportunities open to revisit the topic. “Maybe it’s time to look at this again. I’m looking forward to the report from Pat to see where we’re at.” Watershed Voice is working to obtain documents pertaining to the lawsuit and will provide more detailed coverage on the situation.

At its previous meeting, the City Commission approved an agreement with Lockport Township permitting the City to provide water and sewer services to a former shopping center property under development by Clark Logistics on North Main Street, which the township subsequently approved at its meeting on August 10.

Since that time, Bippus worked with Clark Logistics owner Jamie Clark to draft a service agreement, which the commission approved on Tuesday. The service agreement specifies a rate that covers operational costs for the water and sewer service, as well as other details. Clark will pay 125 percent of the standard rates for such services, as well as a $3,000 annual service fee.

Commissioners also passed a resolution in support of an outdoor Social District in downtown Three Rivers. The District would permit an outdoor seating area behind the stores along the east side of North Main Street, adjacent to the East Parking Lot on Joshua Drive. It would serve and fall under the liquor licenses of Venue 45 and Kelsey Block Brewing Company.

The resolution is the second measure this year to permit outdoor seating by drinking and dining establishments. The Riviera Theatre Bar is close to opening outdoor seating adjacent to its front door along the sidewalk under another, similar permit. New state rules and laws created in response to pandemic-related restrictions on indoor occupancy allow such businesses an alternative option to help remain open.

Whereas the Riviera’s seating area allows service from inside the bar because it is directly adjacent to the building, the Social District permits consumption of alcoholic beverages from Venue 45 and Kelsey Block, but patrons must go into those businesses to purchase them, and they must be consumed from cups clearly marked with one of the two businesses’ insignia. In all cases, outside food and drink will be prohibited by law.

Three Rivers Downtown Development Authority Executive Director Tricia Meyer said she and Bippus have discussed the plan with Chief of Police Tom Bringman and gotten his approval. With the city’s resolution in place, as well as a management plan involving the Three Rivers Police Department, the two businesses can proceed to apply for the Social District with the State of Michigan.

During the commissioner comment period at Tuesday’s meeting, McNary inquired about whether and how the public can be afforded opportunities to bid on delinquent tax properties offered for sale by the city. Mayor Tom Lowry said the properties are always open to the public for bids. At-Large Commissioner Clayton Lyczynski II said the material issue might be that the public is not hearing about opportunities to bid. Lowry said the city provides all public notices required by law on its website and at City Hall.

Commissioners approved two measures Tuesday pertaining to sidewalk maintenance, including a purchase order for a tractor and equipment for sidewalk snow removal, and a contract for sidewalk replacement and installation.

The purchase order authorizes an expenditure of $48,386.95 for the tractor and equipment from a supplier called Weingartz. In lieu of a local bidding process, the price was obtained through SourceWell, a nationwide bidding and soliciting service. The purchase will include a Ventrac tractor. City staff was able to test an identical tractor belonging to another local municipality. The additional equipment will include a snowblower, broom, mowers, and other attachments. A total of $52,200 was budgeted for such a purchase under the current fiscal year.

The sidewalk replacement contract was awarded to Northern Construction Services Corp. (NCSC) with a concurrent purchase order for $85,000 out of a total budgeted amount of $100,000 for the current fiscal year. The contract extends the terms of a previous two-year contract with NCSC into the 2020-21 Fiscal Year. The original contract was awarded in June 2019 for the same $85,000 amount. That contract allowed for an optional one-year extension.