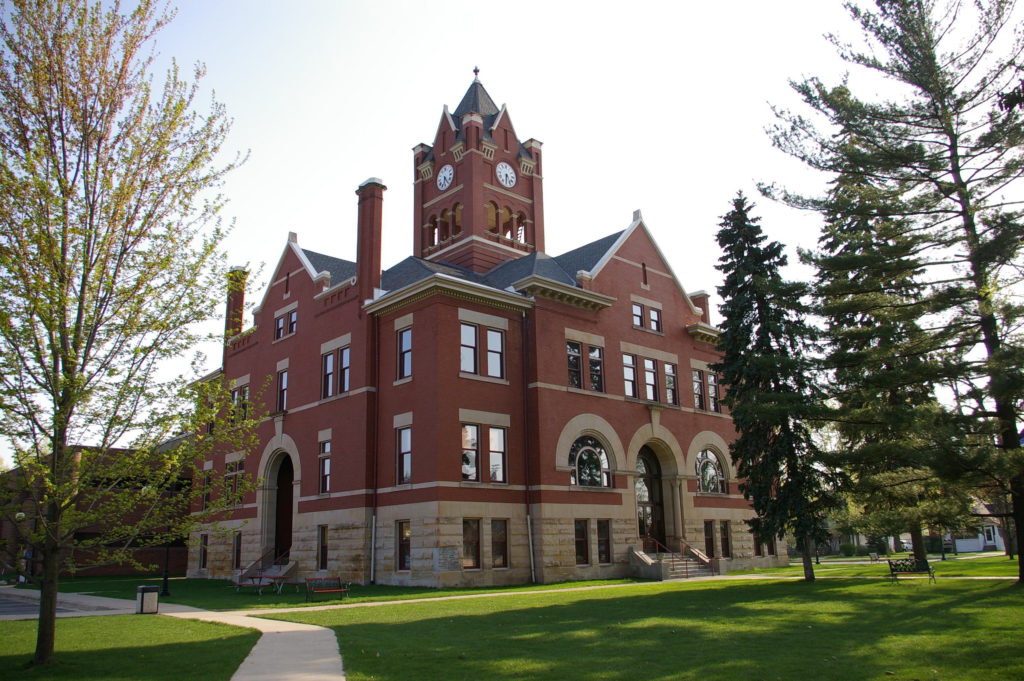 At a regular meeting of the St. Joseph County Board of Commissioners Tuesday, commissioners approved the hire of two new employees for the Sheriff’s Department, making an exception to a current hiring freeze. They include a position in road patrol and one in the corrections department that is responsible for courthouse security. The openings are the result of people who left the positions, and Undersheriff Jason Bingaman said in a previous meeting that they are critical. County Administrator Teresa Doehring said the positions will be filled in 2021.

As a cost savings measure amid anticipated pandemic impacts on revenues for the 2021 Fiscal Year, commissioners approved Letters of Understanding (LOUs) detailing early retirement offers with the union bargaining units representing general county employees and each of the county’s courts. Under the LOUs, those who are eligible to retire next year must state their intent to do so by the end of this year, and must retire by the end of March, 2021. If they do not turn 60 until after that date, they must retire within 30 days of their birthday. Those who opt into the plans will be eligible for a variety of enhanced pay and medical benefits.

The acquisition enables Covered Bridge to pursue certain grants and to improve and expand the building, including addition of a drive-through pharmacy. Earlier in the year, Covered Bridge purchased an adjacent car wash property to provide access to the proposed pharmacy separate from the existing parking lot. Shaffer said the agency later learned that zoning rules prevent the car wash property from being used for that purpose as-is.

However, once Covered Bridge also owns its existing building outright, it can merge the two properties, increasing the total land area beyond what the code requires for the proposed additions. During discussion last week, Shaffer said Covered Bridge could add the drive-through as soon as this fall if it can complete the purchase. He said the drive through will make it easier for the agency’s clients and customers to purchase pharmaceuticals, which he said Covered Bridge can sell at “half the cost of retailers.”

Although Covered Bridge initially did not have sufficient funds for an outright purchase, the agency has since benefited from a cash influx from various sources, including roughly $330,000 in pandemic-related funds that helped offset other programming. In addition to the purchase price, Covered Bridge is willing to pay all related attorney costs and fees.

The St. Joseph County Family Court’s Juvenile Division operates under a budget separate from the County’s general budget, and follows its own fiscal year running from October 1 to September 30. Director and Referee Tom Robertson told commissioners last week that the proposed budget for the 2021 Fiscal Year totals $1,143,280. Commissioners approved that budget Tuesday.

The state pays 50 percent of the division’s budget, which Robertson said he is happy to report is down $123,000 from the agency’s 2020 budget. Robertson said, “the reason for that is that we have less detention expenses for juvenile delinquents. We’re trying to do more local treatment, rather than sending them off to county detention facilities.” That local treatment will feature increased emphasis on therapy.

On a four to one vote, commissioners agreed to send a letter to Governor Gretchen Whitmer regarding Prosecutor John McDonough’s status. McDonough has been on paid leave since being arrested in a May drunk driving incident for which he will soon stand trial. The letter outlines the situation to Governor Whitmer and seeks guidance on next steps. It would also go to Attorney General Dana Nessel, whose office is prosecuting McDonough.

In response to public calls for action this summer, commissioners sought legal counsel. Attorneys advised them they did not have the authority under state statute to remove McDonough, since he holds an elected office and the commission thus did not appoint him. Instead, commissioners met late in July and invited McDonough to provide a status update on his position and his case. At that time, McDonough told commissioners he had been receiving medical treatment and expected to be back to work by September. Commission Chair Dennis Allen said commissioners were satisfied with McDonough’s report.

Both bond violations have occurred since that time, and in August, McDonough faced fellow Republican David Martin for the County Prosecutor’s position in the Michigan primary election. Despite his incumbency, McDonough lost to Marvin by a considerable margin. Since there are no Democratic or independent challengers for the seat, Marvin will be the presumptive winner in the November general election. McDonough also did not return to work in September, and remains out on leave. His last day as prosecutor will be December 31 of this year.

The bond violations prompted renewed calls for action, and Allen and Doehring proposed the letter in response. In discussions last week, commissioner Allen Balog opposed the letter, alluding to an incident in which St. Joseph County 45th Circuit Court Judge James Noecker was removed from his position by the Michigan Supreme Court following an accident in 2003. McDonough’s case, Balog said, is identical, with the exception of the persons involved.

“In (the earlier case), the Board (of Commissioners) chose no action because it was outside of their authority. I believe that still holds true today. The Attorney General is certainly aware of the situation because they have offered charges and are doing the prosecution,” Balog said. “Why is he still being paid? Because the law says so.” Balog cast the objecting vote Tuesday.