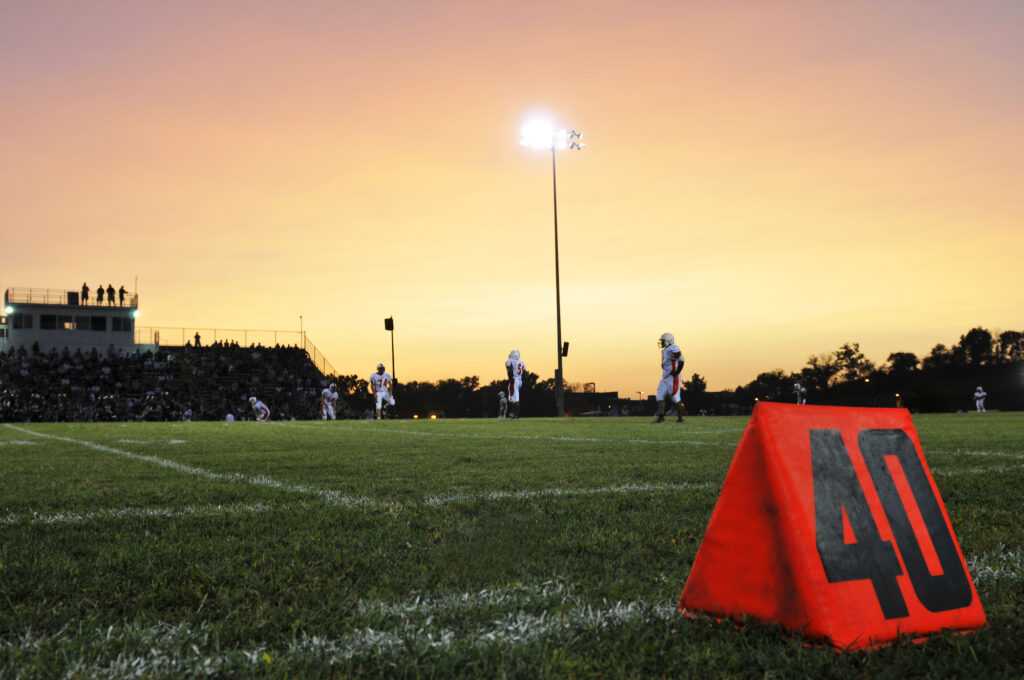 The Centreville Bulldogs (9-0) won an 8 to 0 defensive battle against the Sand Creek Aggies Saturday to capture their first ever Division 8 Regional Championship.

The Bulldogs and Aggies battled for three and a half quarters until the Bulldogs broke the stalemate with a powerful Mason Lemings run, on a gutsy fourth and goal call, securing the lone score of the game. Sam Todd led the Bulldogs in total yardage amassing 188 of their 237 yards, while their defense allowed just 23 total yards the entire second half.

Led by their impressive defense, the Bulldogs have only allowed 29 points all season and look to stifle an undefeated Clarkston Everest Collegiate squad in the State Semi-Final on January 16. The time and location have yet to be determined.

The Schoolcraft Eagles (9-1) captured their first Division 7 Regional Title since 2001 in a revenge game against the Jackson Lumen Christi Titans (5-5).

Led by Alex Thole, the Eagles outscored the Titans 29-22 and thwarted the Titans’ attempt for a fifth straight state finals appearance. Thole lead all passers with an impressive stat line of 18 for 25 passing for 190 yards and 2 TDs, while his favorite target Harmon Devries hauled in 5 receptions for 82 yards and 1 TD.

The Eagles look to take their high-powered offense into a difficult matchup against an undefeated New Lothrop Cardinals (9-0) in a highly anticipated State Semi-Final also on January 16. A time and location have yet to be determined.

Run-heavy Falcons offense proves too much for Michigan Center

The Constantine Falcons (9-1) defeated the Michigan Center Cardinals (6-2) 33-14 on Saturday to add another Division 6 Regional Championship to their trophy case, and the first since 2012.

The Falcons rushing attack proved too much for the Cardinals, as the Falcons rushed for an overwhelming 469 yards to the Cardinals’ 47 yards with Brayden Clark leading the way accumulating a massive total of 196 yards on 25 attempts, hitting paydirt twice.

The Falcons look to continue to use their impressive rushing attack against a resilient Clinton Redskins club (8-1) on January 16 starting at 1 p.m. at Clinton High School.

The Edwardsburg Eddies continued to prove they are a perennial powerhouse by dominating a solid Grand Rapids South Christian Sailors squad, 47-7, to capture yet another Division 4 Regional Championship.

On January 16 the Eddies and their high-powered rushing attack will take on a stubborn Cadillac Vikings (7-2) squad in a State Semi-Final matchup in Edwardsburg at 1 p.m.