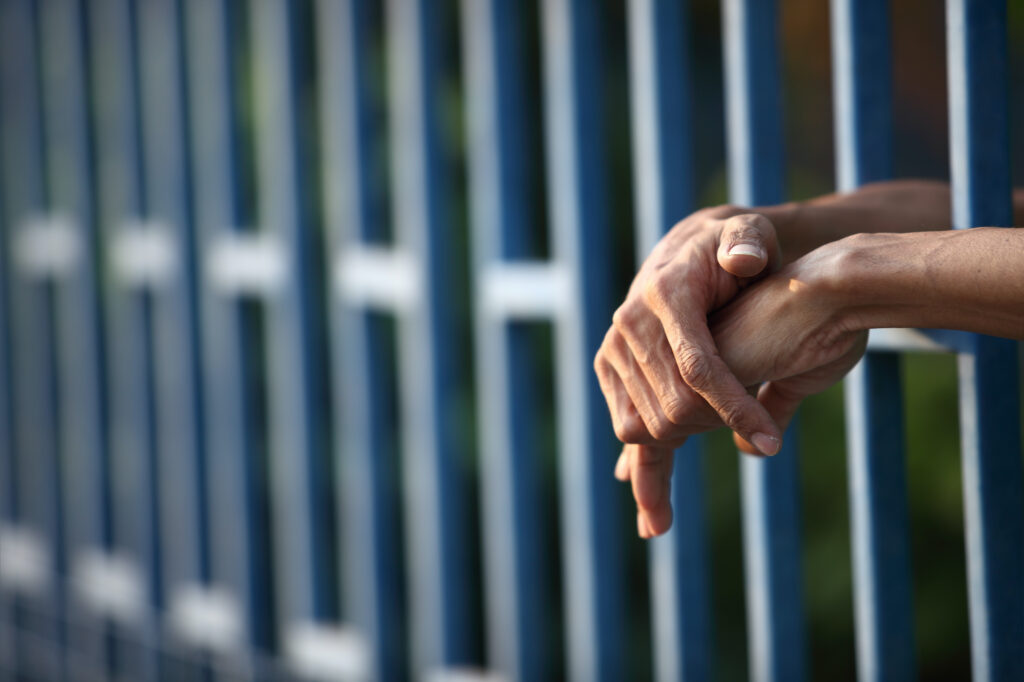 A coalition of organizations is calling on Gov. Gretchen Whitmer and the Michigan Department of Health and Human Services (DHHS) to increase its COVID-19 vaccination efforts for the 33,000 people incarcerated in state prisons.

“Prioritizing who in Michigan gets the COVID-19 vaccine and when they get it must be guided by public health policies,” said Syeda Davidson, American Civil Liberties Union (ACLU) of Michigan senior staff attorney. “Failing to prioritize people living in jails and prisons defies the recommendations of experts in this field, who recognize that vaccinating this highly vulnerable population as soon as possible is critical to protecting public health. This virus is infecting and killing people who are incarcerated at alarmingly high rates as compared to the general public, and the only way to stop it is to prioritize vaccinations for people in prisons and jails.”

This comes as state officials announced on Tuesday that there are 90 cases of the new faster-spreading B1117 variant at the Bellamy Creek Correctional Facility in Ionia.

In a letter, the coalition calls for Whitmer and DHHS to “treat everyone in congregate living situations equally.”

That effort has been followed by a second phase with attention to frontline responders, school and child care staff, and corrections staff and inmates. Agricultural, mortuary service and food processing workers will be vaccinated soon.

Michigan has distributed 1.6 million doses so far, but has not met its goal of getting 50,000 people per week vaccinated.

Nationally, the first known COVID-19 death of a prisoner was in Georgia when Anthony Cheek died on March 26, according to the nonprofit and nonpartisan group The Marshall Project. The 49-year-old had been held in Lee State Prison near Albany. Since then, at least 2,399 other prisoners have died of coronavirus-related causes.

The coronavirus has killed prisoners in most systems. One state — Vermont — has yet to report the death of a prisoner attributed to COVID-19.

DOC later partnered with the Michigan National Guard to carry out department-wide testing for COVID-19 at all facilities in the state. Prisoners are tested whenever they are transferred, paroled, scheduled to go off-site for appointments, or housed in a location where the department sees an increase in positive cases, according to DOC. The litigation was later suspended by plaintiffs in June after the department’s actions to increase testing.

The Prison Policy Initiative (PPI), a Massachusetts-based nonprofit that supports reforming the criminal justice system to end mass incarceration, in 2020 graded Michigan’s response to the state’s COVID-19 outbreak as a “D-,” although all other states besides Tennessee ranked even lower than Michigan.

“Our numbers are high, yes, but I would argue if every state was testing at the level we are, our numbers would not look out of the ordinary in comparison to our population,” said DOC spokesman Chris Gautz. “Most states are only testing prisoners who show symptoms. If we did that, our numbers would be incredibly low, as the vast majority of our prisoners who have tested positive have been asymptomatic.”

Michigan ranks fourth in the number of COVID-19 prisoner deaths behind California, 206; Florida, 205; and Texas, 187, according to The Marshall Project. In Michigan, 137 prisoners have died of coronavirus, according to Gautz. On the vaccination front, about 4,000 prisoners have received shots so far, including those over 65. The state has used remaining doses on prisoners under age 64 who have the most serious underlying health conditions, Gautz said.

There has been a political backlash in several states to vaccinating prisoners as a priority group, especially amid widespread shortages, with headlines like this from a Chicago TV station: “Inmates getting COVID-19 vaccine while millions struggle to get appointment for shot.”

Another issue is that some prisoners are refusing the vaccine, Stateline reports.

“I think there is this very real perception among some people in prison, particularly people who have been in prison for a long time, that prisons are not to be trusted with their health,” said Jennifer Scaife, executive director of the Correctional Association of New York, a nonprofit authorized to investigate conditions inside the New York prison system.

The Bellamy Creek Correctional Facility in Ionia has 90 cases of the SARS-CoV-2, B117 variant, state officials announced on Tuesday. It was detected as a result of daily testing of prisoners and staff at the facility.

Testing occurred, officials said, after an employee at the prison was found to have the variant. DOC then immediately began to test all prisoners and staff each day.

Of the first set of samples provided to DHHS and the Human Services Bureau of Laboratories, 90 of the 95 were found to have the variant. Of the 90, there were 88 prisoners and two employees. More than 100 lab results are still pending, DHHS said.

Concern about communities of color

Blacks in Michigan make up 14% of the overall population but composed 52% of the state prison population in June 2020, according to Gautz. DOC’s numbers are included in DHHS’ case and death reporting. The race of those who are vaccinated is not posted at this time, but there are plans to do so, DHHS spokeswoman Lynn Sutfin told the Advance on Tuesday.

“This unprecedented, deadly pandemic is disproportionately infecting and killing incarcerated people and Black Michiganders,” said Amanda Alexander, Detroit Justice Center executive director. “It is not only humane, but necessary, to prioritize vaccinating individuals who are behind bars just as every other person the state is prioritizing.”

The Whitmer administration has tried to address racial disparities in COVID, with the governor in April establishing the Michigan Coronavirus Task Force on Racial Disparities chaired by Lt. Gov. Garlin Gilchrist. Gilchrist, who is African American, also has worked on criminal justice reform.

“Communities of color are suffering at higher rates, in part because of a lack of attachment to that health care system,” said Gilchrist in August.

Whitmer issued an executive directive last year stating racism is a public health crisis, and that this pandemic exacerbates the inequities caused by systemic racism. She also ordered the creation of a Black Leadership Advisory Council to advise her administration in establishing policies to prevent racial inequity and discrimination.