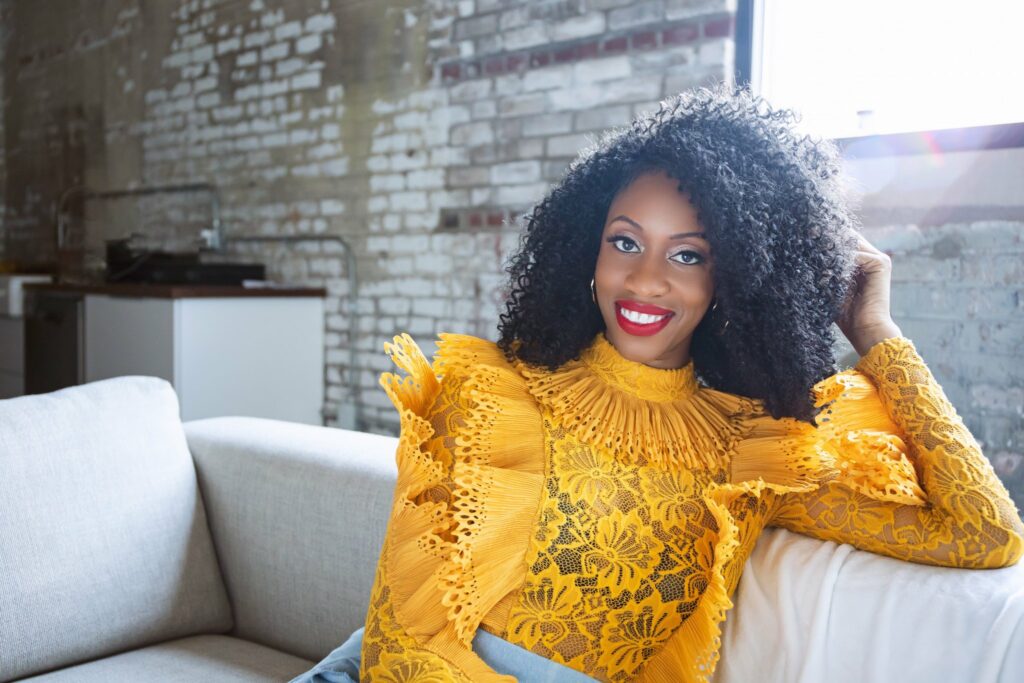 As a young African-American journalist, she was advised by someone in management that her career would be limited if she did not dump her curly blowout style.

“Cameo, you are going to have to change your hair,” King, then a television producer, recalled. “It’s too big. It’s too much. It’s too much of a distraction and it will be a hindrance to your career.”

It was suggested that she purchase a conventional wig.

“I got a wig, but it didn’t work,” said King, a Detroit native and Howard University alum who has worked in Lansing media. “I considered even straightening my hair, but it didn’t sit well with my soul.”

For King, the idea of straightening her hair or donning a wig would be stripping her identity as Black woman. And her story has helped to inspire state Rep. Sarah Anthony (D-Lansing) in her effort to prevent discrimination by expanding state law to recognize a person’s hair as a characteristic of race.

“Discrimination based on hairstyles has long served as a thinly-veiled excuse to discriminate based on race,” Anthony said. “This form of prejudice is a real problem, one that countless men, women and children are forced to face every day.”

Anthony introduced the legislation during the Legislature’s 2019-20 session, but it failed to get a hearing by the GOP-led House. However, coming on the heels of the groundbreaking 2020 Black Lives Matter movement, she believes that the measure could gain enough traction and move toward passage. The bill boasts support from the Lansing Regional Chamber of Commerce.

“This is a no-brainer for the Lansing Regional Chamber of Commerce,” said Steve Japinga, the business organization’s vice president of public affairs. “We signed up [last session] and we’re signing back up again.”

Japinga said discrimination is simply wrong. Anthony’s legislation specifies that hair texture and protective hairstyles, such as braids, locs and twists, as traits historically associated with race to protect Michiganders from discrimination in the workplace, all levels of public education, public accommodations and services, and real estate transactions.

Black women are 1.5 times more likely than white women to be sent home from the workplace because of their hair, according to a national 2019 research study conducted by JOY Collective. It surveyed an even number of Black and white women, aged 25 to 64.

Similar legislation was first introduced in California in January 2019 and signed into law by Democratic Gov. Gavin Newsom on July 3 of that year. Other measures have been passed and signed in Washington, New York Colorado, Virginia and New Jersey.

The movement was sparked, in part, by Chastity Jones, a Black woman who applied for a job in 2010 as a customer service representative with Catastrophe Management Solutions (CMS), an insurance claims company in Alabama. She got the job, but the company rescinded the offer because she would not comply with a request to cut her dreadlocks.

The Equal Employment Opportunity Commission filed a lawsuit against CMS, but a district court ruled for the company, reasoning that its grooming policy did not constitute intentional discrimination because hair styles, unlike skin color, are not an “immutable” characteristic. The Atlanta-based 11th U.S. Circuit Court of Appeals upheld the decision in 2016.

The issue has also been taken up at the federal level.

U.S. Rep. Brenda Lawrence (D-Southfield) and U.S. Rep. Rashida Tlaib (D-Detroit) last congressional session backed a bill sponsored by former U.S. Rep. Cedric Richmond (D-La.). U.S. Sen. Cory Booker (D-N.J.) sponsored a seminar measure in the upper chamber. The legislation would have banned discrimination based on hair textures and styles. It had the support of more than three dozen House Democrats, but did not secure passage.

Adjoa B. Asamoah, a Black woman who helped to devise the national strategy for the CROWN legislation, said that America needs the law.

“This prevalent form of discrimination includes being fired, passed over for promotions and even having offers for employment resented,” said Asamoah, who served as now-President Joe Biden’s campaign adviser for Black engagement. “It impacts the upward mobility of individuals and families and is a reason that far too many of our children have missed school and have had negative education experiences.”