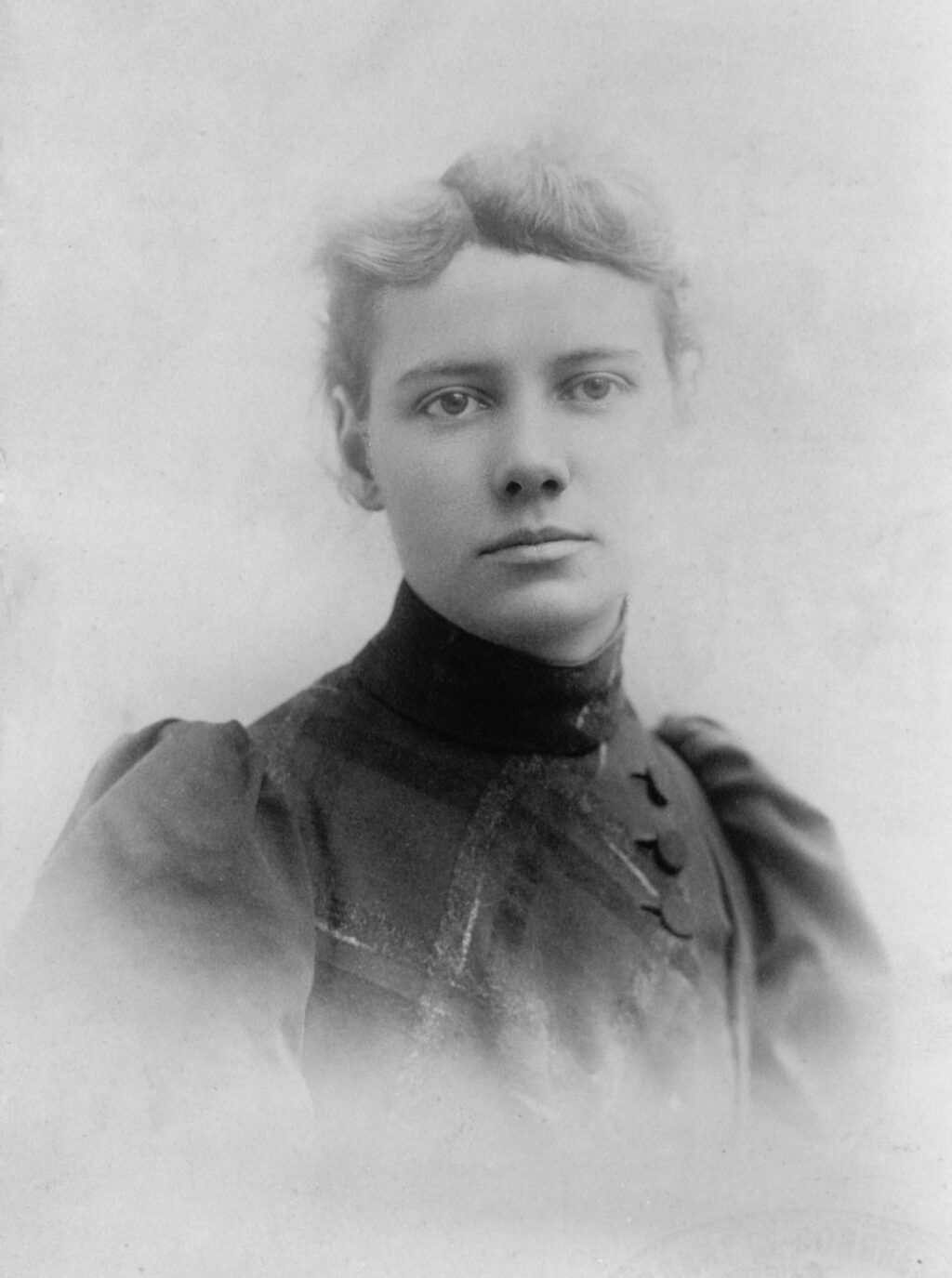 Women are capable of remarkable things and March is always full of well-deserved accolades for women past and present. When I stop to consider the earliest admiration I held for women due to their historical impact, I recalled a book I read over and over as a child. “The Value of Fairness. The Story of Nellie Bly.” It was part of the ValueTales series by Ann Johnson.

Elizabeth Jane Cochran was born May 5, 1864 in Cochrans Mills, Pennsylvania. Her parents Michael and Mary Jane had both been married and lost their spouse previously. Michael had 10 prior children and then five more with Mary who had not had children. Mr. Cochran was a judge and landowner who passed away unexpectedly when Elizabeth was six. Without an established will or claim to the estate, her family struggled to maintain the land and left shortly after. After attempting to pursue becoming a teacher at a small school in Indiana and having to withdraw due to a lack of funding, Elizabeth and her mother moved to Pittsburgh and ran a boarding house.

At age 18 she wrote a fiery rebuttal to Eramus Wilson, a columnist for the Pittsburgh Dispatch. He had published a piece that said (I am paraphrasing here) women were best in the kitchen barefoot and…you know the rest. Elizabeth’s response caught the attention of George Madden, the managing editor of the paper and he offered her a position writing feminist pieces. It was then that she established herself as Nellie Bly, a name she adopted from a Stephen Foster song. She was an amazing investigative journalist posing once as a sweat shop worker to gain insight into working conditions, and more notoriously while working for New York World, she posed as a mental health patient in order to report on the conditions of the asylum on what was known then as Blackwell Island in New York.

She was admitted without an exit plan and for 10 days endured the horrors of the asylum. She was subjected to unsanitary and unsafe living conditions, expired food, frigid temperatures, ice cold baths in dirty water, and rags for clothing. She learned of women within the facility whom were immigrants and not insane being forced on medications and beaten with brooms. The firsthand accounts she reported were horrendous. New York World arranged for a team of lawyers to march in and order her release on the 10th day. Her exposé was headline news.

The state launched an investigation about a month later but asylum workers quickly transferred or released women who had testified. They scrubbed down the buildings, and provided patients with better food and clothing. Still, the investigation resulted in major changes. There was stronger supervision, an increased required number of patient healthcare visits, more funding, and policies added to regulate overcrowding. As a kid I felt such relief and pride for Nellie Bly, a singular and brave woman when reading this part.

Nellie Bly captivated and inspired many. Her actions led to “The Stunt Girl Reporters” movement. Paving the way for women to tackle roles and topics they were not previously allowed to. She went on to have an incredible career leading up to her death from pneumonia in 1922.