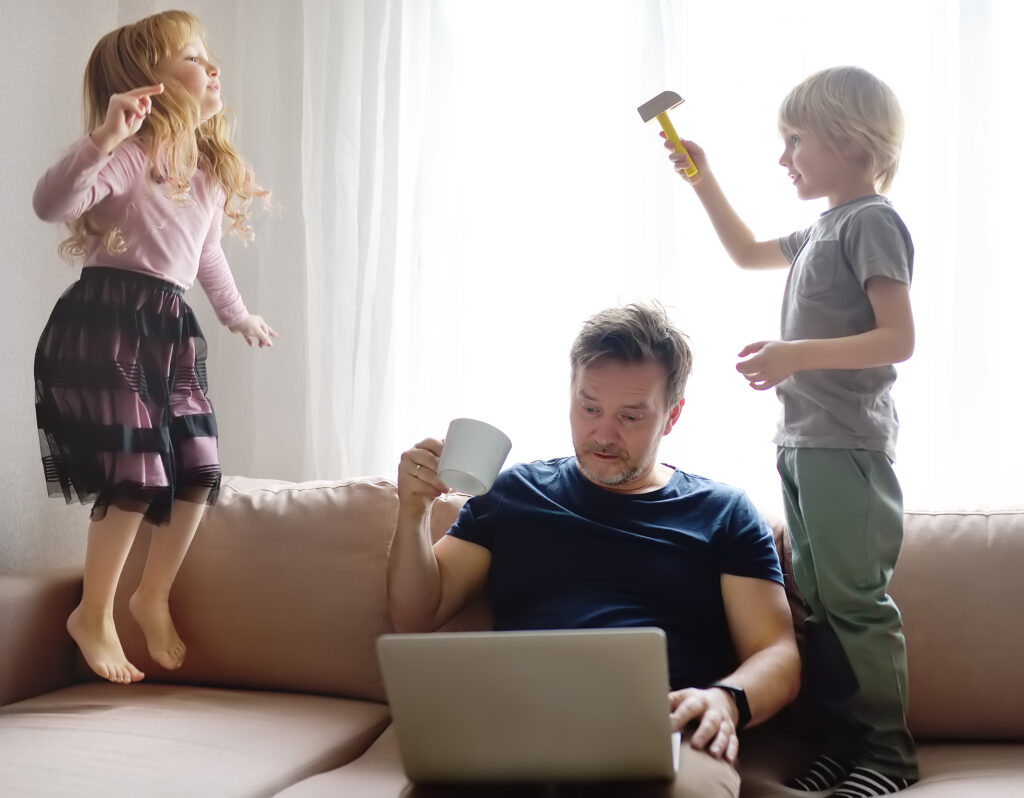 When U.S. President Joe Biden signed the $1.9 trillion American Rescue Plan into law last week, setting up millions of families across the country to receive regular monthly payments as part of the child tax credit expansion, Anthony Queen breathed a sigh of relief.

Help, the father of an 8-year-old son thought, is on the way.

“I think overall this levels the playing field, especially for people of color,” Queen, a Grand Rapids resident who works as a parent liaison and fatherhood engagement specialist for organizations throughout the United States, said in reference to the sweeping COVID-19 relief bill that is expected to send more than $5 billion to Michigan state government.

The new child tax credit expansion is temporarily bringing more money — through both monthly cash payments and tax returns — to families across large chunks of the income spectrum, including those who have been financially hurting the most, both during and before the pandemic. This, Queen said, means parents will be able to spend more on food, rent and transportation — something at least 43% of Michigan households currently struggle to afford, according to data from the United Way.

“It’s going to help people with everyday things,” Queen said. “This is necessary; it’s vital. It’s going to lift people out of poverty. There’s no way we should live in one of the richest countries in the world and have that many people living below the poverty line.”

The new legislation dramatically increases the number of people who can access the tax credit — about 810,000 children in Michigan whose families could not access a previously available $2,000 child tax credit because they didn’t meet the income requirements will now benefit from the expansion, according to the Center on Budget and Policy Priorities (CBPP).

In Michigan, the expansion is expected to benefit a total of about two million children in Michigan and lift another 117,000 Michigan children from poverty, according to the CBPP. It will “cause a historic reduction in child poverty for all racial and ethnic groups and narrow the gap in poverty rates between white children and Black and Latino children,” the CBPP wrote.

The U.S. federal government has offered a child tax credit since 1997, but advocates have long criticized the program because it is only available to those making enough to file taxes and therefore has been off-limits to families struggling the most financially. Now under the expansion, the overwhelming majority of children will be able to benefit from the tax credit, including 90% of children under the age of 18 in the United States and 92% of children in Michigan.

With the federal relief plan, the child tax credit temporarily increases from $2,000 to $3,600 for each child under 6 and $2,000 to $3,000 for children ages 6 to 17. As part of the expansion, the federal government will, beginning in July, send monthly cash payments to families through December. The payments will be up to $300 for each child six years old and younger and up to $250 for children between six and 17 years old.

Individuals earning up to $112,500 annually are eligible for the full child tax credit expansion, as are couples making as much as $150,000. Those who are earning more than that will still be able to receive the previously existing $2,000 child tax credit. As of right now, the expansion is only set for 2021, though child advocates and some lawmakers are pushing for it to become permanent.

“We’re going to see a huge impact on families from the child tax credit expansion,” said Gilda Jacobs, president and CEO of the Michigan League for Public Policy. “It will help to feed and clothe kids; it will help to pay the rent. For many families, it’s going to be a lifesaver.”

For Annemarie Valdez, president of First Steps Kent in Grand Rapids, the child tax credit expansion is an unprecedented initiative that has the ability to transform the state and country.

“This is historic to see the opportunity to lift children out of poverty,” Valdez said. “I’ve never seen anything like it in my lifetime, and it gives me great hope.”

Jacobs also emphasized this, saying the American Rescue Plan’s focus on “very low-income and low-income people” is crucial to creating systemic change, especially in Michigan, which Jacobs noted was “still reeling” from the 2008 Great Recession when COVID-19 further plunged people and communities into unemployment.

Those racial inequities are also evident in the federal child tax credit that has been available since 1997, the benefits from which Black and Latino households have been overwhelmingly excluded from accessing because of low incomes rooted in systemic racism, Jacobs noted.

“Looking at it from a racial equity lens is significant: right now, about half of all Black and Latinx children only get a partial tax credit or no tax credit at all because their families don’t make enough,” Jacobs said. “Added to that is longstanding employment discrimination, housing discrimination. This [the new child tax credit] helps to correct some of that problem.”

Nancy Lindman, the director of public policy and partnerships for the Michigan Association of United Ways, said the child tax credit is particularly impactful when combined with the American Rescue Plan’s funding to help cover childcare costs.

With the added support to meet childcare bills — one of the biggest expenses for the 43% of Michigan families struggling to make ends meet, Lindman noted — and more of an ability to pay for things like food, rent and transportation with money from the expanded child tax credit, low-income families in the state will begin to see change that could impact them and their family for years, and even generations, to come, advocates said.

“The child tax credit will put struggling households in a place where they can cover their basics,” Lindman said. “It’s getting to them the economic relief that’s so needed.”

Matt Gillard, the president and CEO of Michigan’s Children, which advocates for public policies benefiting children and families in the state, said the monthly payments from the expanded child tax credit will be a particular “game changer.” Other countries, including Canada, England and Ireland, have implemented similar programs in which they send guaranteed, regular payments to parents, and the initiatives have been tied to a drop in poverty in each of those places.

“It truly recognizes the cost of raising children, which is overdue,” Gillard said of the child tax credit. “It’s going to provide real substantive help.”

‘Fight like hell and make sure it never goes away’

Right now, the child tax credit expansion is relegated to 2021, but parents and child advocates in Michigan and across the country are pushing for it to become permanent.

“This is one of the cans you can’t kick,” Queen, a father from Grand Rapids, said. “Now that we have it, we have to fight like hell and make sure it never goes away.”

Everyone interviewed by the Michigan Advance for this story agreed the child tax credit expansion should become permanent.

“This came out of the pandemic, but, just talking about this from a pure policy standpoint apart from the pandemic, there’s a strong argument to make that this is a better system of awarding tax credits,” Gillard said.

To make it permanent, Valdez said, would translate to a positive restructuring of our society.

“A child who doesn’t have money for food won’t be able to go to class and focus on learning,” she said. “Think about what it means to eliminate a situation like that, or eliminate a family without stable housing.”

Ultimately, what it means, Valdez said, is far fewer people living in poverty, more children “reaching their potential” because they’re fed and able to focus in school, families being able to pay rent and avoid evictions, and an influx of people remaining in stable jobs because they can afford transportation and housing. Essentially, she explained, it remakes our entire economy into a place that’s far more stable and inclusive.

“If this could be made permanent, we would see families supported and be more stable in their work, in their housing, and in their ability to afford food,” she said, adding that she senses “a real interest as we rebound from this year” in making the child tax credit permanent.

Ultimately, Jacobs said, the fight to make it permanent “comes down to money and people’s perception of do we have enough money to do this.”

“The question is, do we have enough money not to do this?” Jacobs asked. “We know the good this will do. It’s a matter of what becomes a priority for our country and our state.”