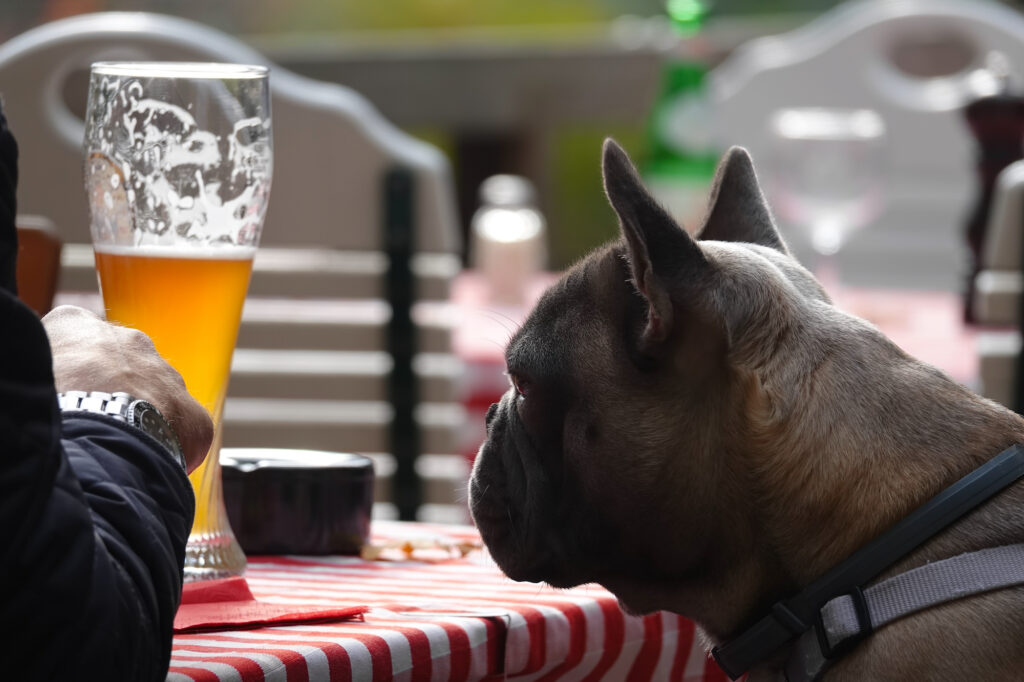 Members of the Michigan House and Senate introduced nearly 200 bills in the final two weeks before the Legislature’s two-week spring break.

The proposals range from offering $500,000 to a special prosecutor who agrees to investigate Gov. Gretchen Whitmer’s nursing home policies during the COVID-19 pandemic to a slew of election restrictions to a bill that would allow dogs to join their owners on restaurant patios.

Republicans control both chambers of the Legislature, in the House with a six-seat margin and the Senate with a four-seat margin. Two additional Senate seats that were previously held by Republicans are currently vacant.

Business closures during the COVID-19 pandemic would be tied to specific test positivity rates under Senate Bill 250, sponsored by Sen. Jon Bumstead (R-Newaygo) and passed by the Senate 20-15.

If the state had a test positivity rate of less than 3% for at least seven consecutive days, or if less than 3% of hospital beds in the state were being used to treat individuals with COVID-19 for at least seven consecutive days, the Michigan Department of Health and Human Services (DHHS) would not be allowed to limit indoor dining occupancy or event sizes.

For test positivity or hospital bed occupancy rates between 15% and 20%, indoor dining would be closed and events would be limited to a maximum of 10 people from no more than two households.

If the test positivity or hospital bed occupancy rates were above 20% for at least 14 consecutive days, indoor dining would be closed and events would not be allowed at the venues.

Namely, they would not be able to prohibit family members from observing another family member participate in a sporting event, family members from dining indoors at the same table in a restaurant, or restrict individuals from more than one household from gathering inside or outside of a private residence.

They also would not be allowed to prohibit anyone from traveling between properties they own, high school graduation ceremonies, or the sale of any good in a retail store.

MacDonald also sponsored SB 268, which would allow parents to request that their K-12 students be held back a grade level in the 2021-22 academic year due to the pandemic.

The bill is part of a larger package of legislation addressing schools during the pandemic and is tie-barred to 10 other bills, meaning all would have to be signed into law to take effect.

After former DHHS Director Robert Gordon abruptly resigned in January, taking a $155,000 severance deal that originally included a confidentiality clause that has since been waived, three bills have been introduced to prevent similar deals being made in the future.

Similarly, department and agency directors would be prohibited from entering into nondisclosure agreements under HB 4588, sponsored by Rep. Annette Glenn (R-Midland).

A third bill, HB 4591, would limit the amount of severance pay that executive or legislative employees could receive to 12 weeks of normal wages.

Separation agreements with higher amounts of severance pay would still be allowed in instances where there is risk of litigation, if the employee agrees to release all claims against the state as a condition of the agreement.

For agreements with severance pay equal to or greater than six weeks of normal wages, the public body that employs the employee would be required to publicly disclose a description of the severance pay and, in some cases, the title of the employee’s position.

Instead, the Legislature introduced bills to take things into their own hands.

Senate Bill 27, sponsored by Sen. Jim Stamas (R-Midland) and passed 20-15, would appropriate $1.25 million to offer county prosecutors grants of up to $250,000 to fund an “appropriate and reasonable investigation” into the state’s nursing home policies during the COVID-19 pandemic.

House Bill 4589, sponsored by Rep. Pamela Hornberger (R-Chesterfield Twp.), would allocate even more for the same purpose – $5 million total to offer each county prosecutors up to $500,000.

After losing in the last two statewide election cycles and floating unfounded conspiracy theories in the aftermath of the 2020 presidential election, Republicans in the Michigan Senate introduced a package of 39 bills regulating voting rights.

A few of the bills may find bipartisan support, like SB 274, sponsored by Sen. Ruth Johnson (R-Holly), which would allow people to pre-register to vote starting at 16 years old rather than the current law of 17 and a half years old.

Another, SB 283, sponsored by Sen. Kim LaSata (R-Bainbridge Twp.), would make the law allowing clerks to begin pre-processing absentee ballots the day before the election permanent. Under current law, the extension was only applied to the 2020 election. (The bill does not expand the amount of time that clerks would have to pre-process ballots beyond what they had in the 2020 election.)

But many of them are likely to get vetoed by Whitmer if they make it through the Legislature, so Republicans are weighing a ballot initiative instead.

Senate Bill 310, for example, would prohibit the secretary of state from sending out mass absentee ballot applications, like in the 2020 election. The bill is sponsored by Johnson, a former secretary of state.

Senate Bill 285, sponsored by Sen. Lana Theis (R-Brighton), would require individuals to present photo ID with their absentee ballot application. If they don’t, they would instead be given a provisional ballot and have to prove their identity after.

Similarly, SB 303, sponsored by Sen. Tom Barrett (R-Charlotte), would require voters who don’t have a photo ID with them at the polls to cast a provisional ballot and prove their identity later, rather than simply signing an affidavit.

Senate Bill 305, sponsored by Sen. Dale Zorn (R-Ida), would prohibit the name or likeness of the secretary of state or a local clerk from being used in mailings, billboards, advertisements, or social media posts related to election activities like voting, registering to vote, applying for absentee ballots, returning absentee ballots or finding polling locations.

Pooches on patios and more

Dog owners would be allowed to bring their furry family members onto outdoor restaurant patios under HB 4514, sponsored by Hornberger.

The dog would not be allowed to pass through the interior of the restaurant to reach the patio, and the patio would have to be kept free of visible dog hair or waste. Any surfaces contaminated by a dog’s waste would be immediately cleaned with equipment stored separately from all other cleaning equipment and that is not used for other purposes.

Local governments would be able to adopt ordinances more strict than the state law.

The state of Michigan would get a new flag design in 2024 under HB 4567, sponsored by Rep. Andrea Schroeder (R-Independence Twp.).

Rep. Samantha Steckloff (D-Farmington Hills) introduced HB 4584, which would prohibit employers from asking a job applicant about their prior compensation.

The bill is part of a larger package introduced by Democratic legislators to address the gender wage gap and is mirrored in the Senate as SB 329, sponsored by Sen. Curtis Hertel (D-East Lansing). HELP US GROW Make a tax-deductible donation.