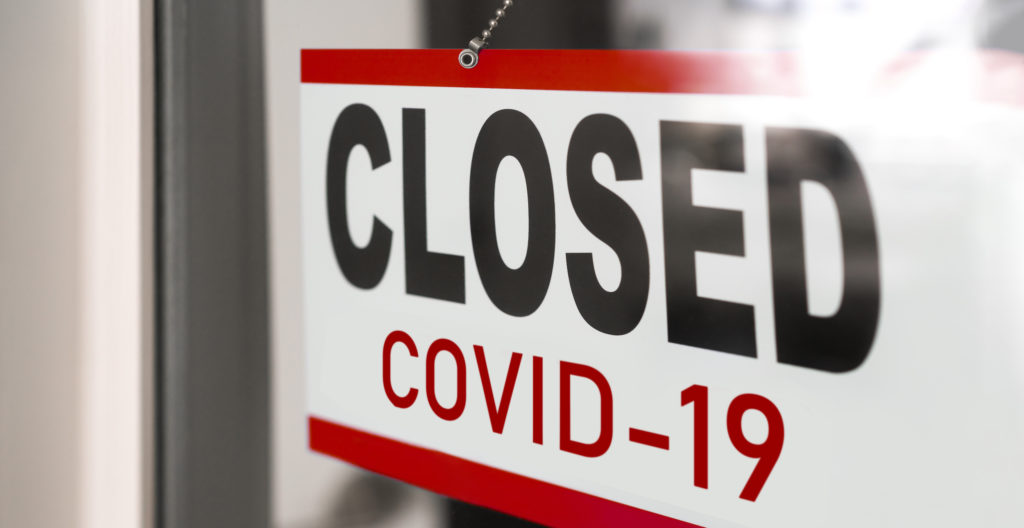 COVID-19 cases, hospitalizations and case positivity rates are spiking across Michigan, but restaurants, bars and schools remain open with some health restrictions.

In the early days of the pandemic, the state put in place the MI Safe Start Plan to create COVID-19 safety metrics by region which would contribute to reopening plans for different sectors of the state’s economy and schools.

But after a year, the MI Safe Start plan seems to have fallen to the wayside.

Across the state, COVID-19 spread is worsening. Of the eight regions in the MI Safe Start Plan, five of these regions are in the E risk level, or the highest risk. West Michigan and the Jackson area are at risk level D and the Upper Peninsula is at risk level C.

DHHS spokesperson Lynn Sutfin said the state “will continue to monitor the data to make decisions including three key metrics: case rates, percent positivity, and hospitalizations.” Sutfin said the DHHS’ goal “is to reengage while reducing public health risk, which is why we move slowly to maintain progress and momentum with thoughtful public health measures.”

“We continue to work closely with our state’s leading health experts to monitor trends in COVID-19 spread throughout the state. Unlike other states like Texas and Florida that have abandoned public health protocols altogether, Michigan continues to have smart health policies in place, such as a mask mandate and capacity limits on large gatherings,” Leddy said.

“We are still very much in this pandemic, but we’ve learned a tremendous amount about how to protect ourselves and our loved ones. That’s why every Michigander has a personal responsibility to do their part by wearing a mask, washing hands, and maintaining social distancing to help us slow the spread of this virus.”

The last time the DHHS held a press conference on data and modeling updates was March 16 and Whitmer’s last COVID-19 update was March 19.

Compared nationally, Michigan has had a higher case rate over the last seven days than any other state, according to the U.S. Centers for Disease Control and Prevention (CDC).

There are more than 2,300 Michigan adults hospitalized with COVID-19 and the state’s seven-day average positivity rate is at 12.3%.

The state’s COVID-19 data update last week stated that the 10 to 19 age group has the highest case rate and is increasing faster than other age groups.

Outbreaks in schools and outbreaks linked to high school sports also have been increasing in recent weeks.

There’s also been a rise in more contagious variants of the disease. DHHS reported last week that there are nearly 1,000 cases of the B.1.1.7 variant in 32 counties in Michigan and two confirmed cases of the B.1.351 variant.

Last week, Senate Republicans unanimously voted for Senate Bill 250, which states that if the test positivity rate is greater than 10% for at least seven consecutive days, indoor dining occupancy would be limited to 25%.

Senate Majority Leader Mike Shirkey (R-Clarklake) did not respond to a request to comment on if he would support a 25% capacity limit for indoor dining during this current surge.

SB 250 was referred to the House Committee on Government Operations. The Legislature is on spring break until April 13, so it will not see any movement for a few weeks.

Whitmer and Republican leaders have not seen eye-to-eye in the past about COVID-19 safety protocols and restrictions. GOP leaders in the House and Senate have urged her to lift restrictions, even as early as last spring when Michigan was one of the hardest hit states during the first wave. This year, Republicans have battled with Whitmer over federal COVID-19 relief aid funding, giving the ultimatum that remaining restrictions need to be lifted.

Many of the state’s restrictions issued in November during the second wave have been lifted, including high schools and colleges reopening for in-person learning and restaurants reopening with a 50% capacity limit.

“But I also learned, in this moment, if so many people drop their guard that the numbers dramatically continue to increase, perhaps that’s a tool we might need to use. But I am hoping that it’s not,” Whitmer said.

Vaccine distribution has ramped up after a slow rollout in the winter, with 32.5% of Michiganders receiving at least one dose of the vaccine and 19.3% of the state’s population fully vaccinated.

State leaders are relying on their goal to get 70% of Michiganders over 16 vaccinated to achieve a level of herd immunity. But in the meantime, the efforts haven’t been enough to stave off the latest surge of cases.

On Monday, Whitmer urged medical providers to vaccinate Michigan residents of any age. Vaccines were scheduled to be made available to any resident over 16 starting April 5.

“The state is moving forward with plans to ramp up testing for schools, businesses, and nursing homes. This is the first week of expanded testing protocols for all student athletes. And we have increased our vaccine program over the last couple of weeks, which has helped us reach an historic milestone of four million vaccines in under four months,” Leddy said. “The most important thing people can do is to get the safe and effective COVID-19 vaccine to protect themselves and their families, and help us eliminate this virus once and for all.”

Dr. Rob Davidson, a West Michigan emergency physician and executive director of the Committee to Protect Medicare, said more restrictions could be warranted if people keep “letting their guard down.”

“The great strides Michigan is taking to get people vaccinated quickly give us real hope for normalcy, but definitely have to be balanced on a daily basis with case and hospitalization rates,” said. “As we’ve been saying all along, we have to leave it to the epidemiologists who are taking vaccine rates and, now variant rates, into account. To prevent the virus from mutating to a point where the vaccines aren’t effective, Michiganders must stop letting their guard down around sports games and spring break trips — otherwise, more restrictions could be in order.”