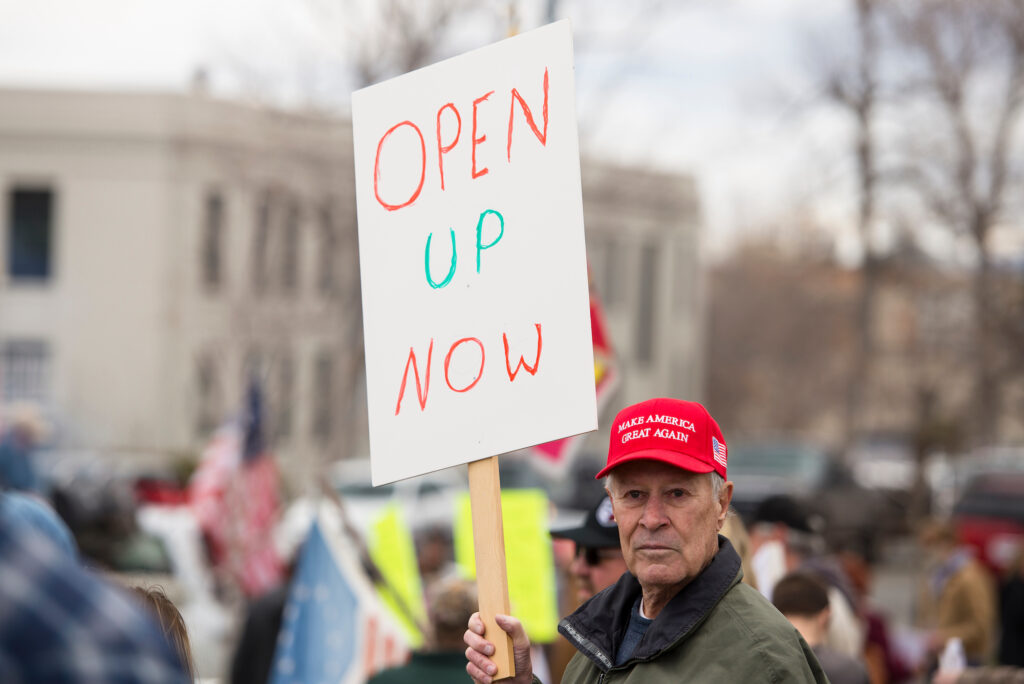 On Jan. 11, 2021, nine officials from Baraga County in the Upper Peninsula signed a letter stating that they would not enforce restrictions aimed at limiting the spread of COVID-19.

Baraga County officials condemned the Gov. Gretchen Whitmer administration’s pandemic orders, stating, “The People of the State of Michigan have endured restrictions on their freedoms which have not been seen in North America since the days of King George III and the American Revolution.” Baraga County Sheriff Joe Brogan went on to tell local news WJMN-TV, “We understand that the threat of the pandemic is a real threat, but it should be up to the business owner and the customer if they choose to dine in, and not the government essentially telling people who can business and who cannot.”

Not only are the contents of this letter patently false and without historical context, but Brogan’s comments highlight a troubling misunderstanding that public health is a matter of personal responsibility. Public health is a collective matter, which affects and requires the cooperation of everyone.

The Baraga County letter uses the same argument as Slemons, stating that personal liberties come before the health of the community and that people should be responsible for making decisions for themselves.

We’ve heard the word “unprecedented” thrown around a lot throughout this last year, but protest against public health orders has a rich history.

During the 1918 influenza epidemic, many Michiganders, including public health officials from Grand Rapids and Detroit, fought against orders from Gov. Albert Sleeper and the state health board closing nonessential business. Public health officials, including Slemons and Dr. James W. Inches of Detroit, decried the governor’s orders, believing that restricting business would harm the economy and cause people to panic.

The difference between 1918 and now is that although public health officials like Slemons and Inches opposed the governor’s order, they still enforced the order, which created a fairly uniform statewide response to the epidemic.

In our current moment, county officials refusing to follow and enforce restrictions not only hurts the people of the county, but it also harms the entire state. Collective action is the only way to effectively deal with a pandemic. If restrictions are enforced in one place, they need to be enforced everywhere. The idea that adhering to COVID-19 guidelines is up to personal choice only works to undermine those guidelines and further spread disease.

This letter signed by the Baraga County officials lacks historical context and simplistically evokes the American Revolution, which is not in any way related to the current crisis.

These officials have failed to understand their own state’s history dealing with a deadly virus. The 1918 influenza epidemic proved that statewide restrictions work and should be enforced even if officials don’t agree with them.  THE MORNING NEWSLETTER Subscribe now.