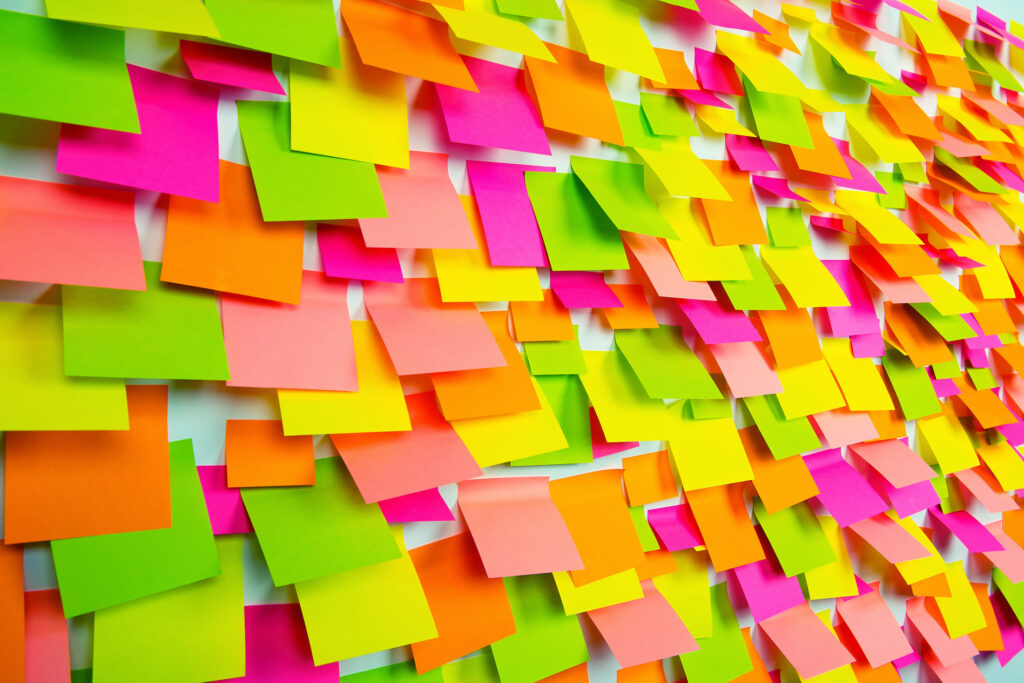 Earlier this month, Spencer Silver died in his home in St. Paul, Minnesota. He was 80-years-old.

If you don’t know who Dr. Spencer Silver is, well you’re in good company. Like most people who change the world, Spencer Silver was not a household name. I actually had no idea who he was until I read his obituary in the New York Times last Sunday. But I was very struck by what I read about his life in the appreciation written by Richard Sandomir.

Dr. Spencer Silver was a research chemist at 3M for most of his career. In 1968, he was working in his lab to develop an adhesive so strong it could be used in the building of aircraft. Although he worked very hard and created a number of novel adhesives, Silver ultimately failed at creating the super strong chemical joiner that he’d set out to develop.

But during his experiments, Silver did manage to create a new adhesive he felt was a real breakthrough. This new adhesive was able to stick tightly to surfaces, but was also easily peeled away and didn’t leave a stain. It could also be reused multiple times.

While Silver was very excited about his creation, no one at 3M seemed very interested. Silver patented the new adhesive in 1972, and was known to give frequent seminars at the company touting his pet project, but product developers just didn’t think that it had a commercial application.

But then one day, Art Fry, a chemical engineer who worked at 3M developing new products heard about Silver’s adhesive from a colleague while on the golf course. He decided to attend one of Dr. Silver’s seminars to learn more about it.

The seminar impressed Fry but he wasn’t able to come up with a use for the adhesive until one day when he was at church choir practice. The bookmarks Fry used to mark pages in his hymnal kept falling out, and he kept losing his place. Frustrated, Fry decided to create a bookmark using Silver’s new adhesive. The new bookmark stuck to pages, stayed in place, and could be removed without damaging the pages of the hymnal.

Soon after, Fry began to develop what he called a “repositionable pressure-sensitive adhesive sheet material.” The product was finally released by 3M in 1979 and it is still sold today.

We know it as the Post-It Note.

Post-It Notes didn’t revolutionize the world, but chances are good that you’ve used them many times in your life, and those little sticky notes have made your life a little bit better countless times.

What struck me most about this history of the Post-It Note was that this product never would have been created had not Silver and Fry collaborated together to create it. Silver had an exciting new adhesive he didn’t have a use for until Fry came up with a way to use it to improve the lives of church choir members, and then people everywhere.

My practice as a psychotherapist is also a very collaborative kind of work. I don’t know what approach to therapy I’ll take until I learn who my client is and what they want to achieve. I can never tell my client what their goals should be, and they usually can’t tell me what kind of treatment would be best suited to reaching those goals.

To get things done, we have to work together.

Recently, I was encouraging one of my clients to develop a gratitude practice. Establishing a habit of listing the things in your life that are going well can be very powerful, especially for people who are struggling with depression. My client and I were tossing around ideas on how to seamlessly integrate gratitude into his daily life, how to attach it to something that he already did, when a strange new idea sprang up in my mind.

Why not do a gratitude practice every time you have a bowel movement? We all poop, and there’s something metaphorically satisfying with taking in the good at the same time you are removing the waste from your body. We both had a good laugh about him thinking of our conversation every time he defecated, and then remembering to list the things that were going well in his life.

The client that I was working with is very literate and has a great sense of humor too. There’s no doubt in my mind that I never would have come up with this particular intervention had I been working with a different person. The Thomas Toilet Gratitude Practice™ was truly a collaborative creation!

To make things that are insanely great, we often need other perspectives. As Steve Jobs once said, “my model for business is The Beatles. They were four guys who kept each other’s kind of negative tendencies in check. They balanced each other and the total was greater than the sum of the parts. That’s how I see business: great things…are never done by one person. They’re done by a team of people.”

So if you find yourself thinking about this column the next time you use the bathroom, and you end up reflecting on the grace that’s in your life as a result, you have not only me and my client to thank, but also the surprising power of collaboration.