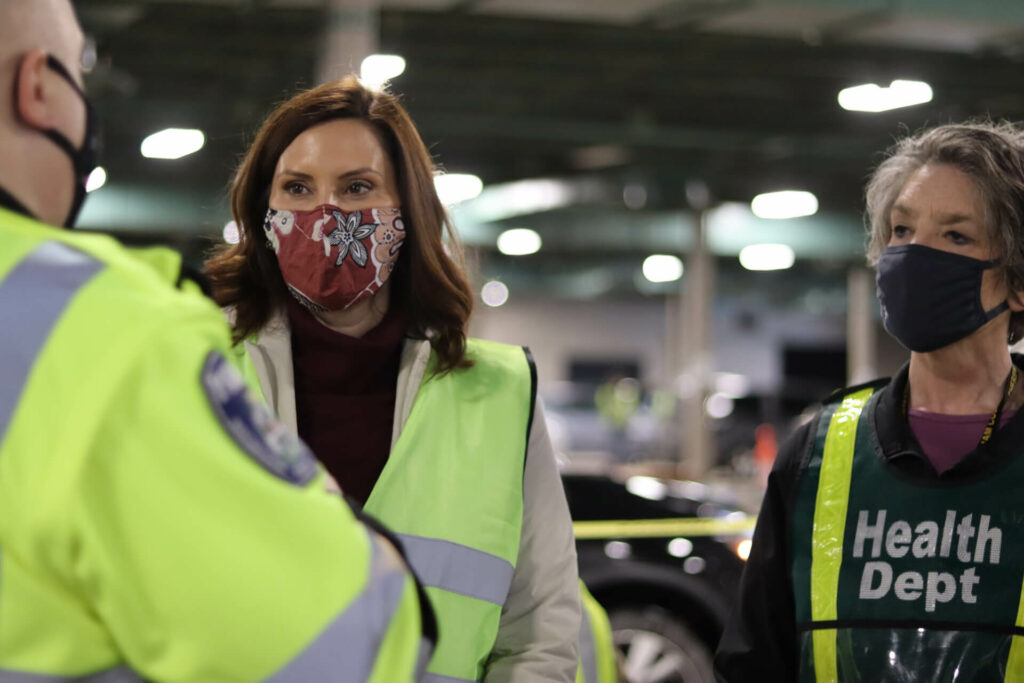 Michigan’s governor would be required to report when they travel out of state to legislative leaders and undocumented individuals would be able to receive a driver license under bills introduced recently in the Michigan Legislature.

Those are just two of the bills members of the House and Senate introduced in mid May on topics ranging from the pandemic to electric vehicles to ballot proposals.

Undocumented individuals would be allowed to receive a driver license under Senate Bill 433, sponsored by Sen. Stephanie Chang (D-Detroit).

Individuals would still be required to submit proof of residency in Michigan to qualify.

Police officers would be prohibited from detaining, arresting, penalizing or discriminating against an individual based solely on their presentation of one of the licenses.

Individuals who are not United States citizens would still not have the right to vote.

The bill is mirrored in the House of Representatives as House Bill 4835, sponsored by Rep. Padma Kuppa (D-Troy).

Another bill in the House, with bipartisan sponsors, would waive late fees on transactions conducted by the Secretary of State if an individual scheduled an appointment by the date their license or registration expired, even if the appointment was after the expiration date.

House Bill 4844, sponsored by Rep. Bradley Slagh (R-Zeeland), was introduced after Secretary of State Jocelyn Benson announced her intention to make appointment-only visits to branch offices, a model first put in place due to the COVID-19 pandemic, permanent.

While some next-day appointments are made available each day, many individuals have noted they are unable to find advance appointments until several weeks in the future.

Fact checkers would be required to register with the secretary of state under HB 4813, sponsored by Rep. Matt Maddock (R-Milford).

As part of the registration, they would be required to file proof of a $1 million fidelity bond.

Affected parties would then be allowed to bring civil action in court against the fact checker, seeking to claim the bond.

The bill defines fact checkers as an individual who is paid by a fact-checking organization or network, is a member of the International Fact Check Network, publishes material physically or digitally in Michigan, and presents themselves to the public as a fact checker.

Senate Bill 458, sponsored by Sen. Tom Barrett (R-Charlotte), would require the governor of Michigan to notify the state’s legislative leaders any time they leave the state and upon their return.

The bill was introduced as Gov. Gretchen Whitmer faces increased scrutiny for a March trip to visit her father in Florida before she was fully vaccinated.

The Federal Aviation Administration is reportedly investigating after determining that the company which owns and operates the plane Whitmer flew on is not authorized to operate charter flights, and a complaint has been filed with the Internal Revenue Service arguing that a nonprofit organization created to pay for Whitmer’s inauguration improperly used funds by paying $27,521 to charter the plane.

Whitmer paid $855 for her seat on the plane, which is primarily used by three Detroit business families.

The governor said she cooked and cleaned for her father, who is dealing with a chronic illness, in addition to performing the duties of her office while on the trip.

A spokesperson for the Michigan State Police told the Detroit News the agency has “serious concerns” with the proposal, given ongoing threats to the governor’s security.

“The more people who know or have access to her movements, the higher the risk level for both her and her executive protection detail,” spokesperson Shannon Banner reportedly said.

Legislation requiring legislative leaders to notify the governor if they leave the state – such as when Senate Majority Leader Mike Shirkey and former Speaker of the House Lee Chatfield visited Washington, D.C,. in November to meet with former President Donald Trump, who encouraged them to overturn the results of the 2020 election – has not been introduced.

A bill passed by the Senate would prohibit the Michigan Department of Health and Human Services (DHHS) or a local health department from requiring children under 5 years old wear face masks.

In April, DHHS issued an updated mask mandate that extended the requirement to children ages 2 through 4.

Health departments would also be prohibited from requiring a minor receive a COVID-19 vaccine under SB 457, sponsored by Sen. Lana Theis (R-Brighton).

That bill also skipped the committee process, but hasn’t yet been taken up by the full Senate.

Several other bills prohibiting vaccine passports have previously been introduced.

The Department of Agriculture and Rural Development would be tasked with developing a registration process for those offering electric vehicle charging services under HB 4801, sponsored by Rep. Andrea Schroeder (R-Independence Twp.) and Rep. David LaGrand (D-Grand Rapids).

Those offering electric vehicle charging services would be allowed to charge for use of the services.

Electric vehicles were the focus of President Joe Biden’s trip to Dearborn on Tuesday, which he used to pitch his American Jobs Plan.

Biden’s plan would include about $174 billion for the production and adoption of electric vehicles, including $15 billion to build 500,000 electric vehicle charging stations nationwide.

A constitutional amendment introduced in both chambers of the Legislature would remove the body’s ability to take up ballot proposals before they reach voters.

Under current law, the Legislature can pass a ballot proposal into law themselves, before it appears before voters.

In 2018, Republicans in the Michigan Legislature voted to approve citizen-initiated legislation raising the minimum wage and mandating paid sick time – then amended the laws to gut them.

Attorney General Dana Nessel’s legal opinion had been requested, but she denied the request when the Michigan Supreme Court agreed to hear arguments on the case. The Court decided not to issue an opinion unless there was an actual challenge filed.

One Fair Wage, the group behind the minimum wage ballot petition, filed a lawsuit challenging the Legislature’s actions earlier this month.

“As a result of Nessel’s refusal to supersede or withdraw Opinion No. 7306, hundreds of thousands of Michigan workers have been denied millions, if not tens of millions, of dollars in wages they would have otherwise received,” the group writes in their complaint.

Ballot proposals passed by the Legislature are not subject to the governor’s veto.

Republican legislators have discussed the possibility of passing the Unlock Michigan ballot proposal to repeal the emergency powers Gov. Gretchen Whitmer used during the early months of the pandemic.

The ballot proposal is currently tied up in litigation after the Board of State Canvassers deadlocked 2-2, along party lines, on whether to certify the petition.

Research facilities would be required to transfer animals they are no longer using for research purposes to a shelter rather than euthanizing them under HB 4881, sponsored by Rep. Kevin Hertel (D-St. Clair Shores).

Michigan would designate the monarch butterfly as the official state insect under HB 4808, sponsored by LaGrand. HELP US GROW Make a tax-deductible donation.