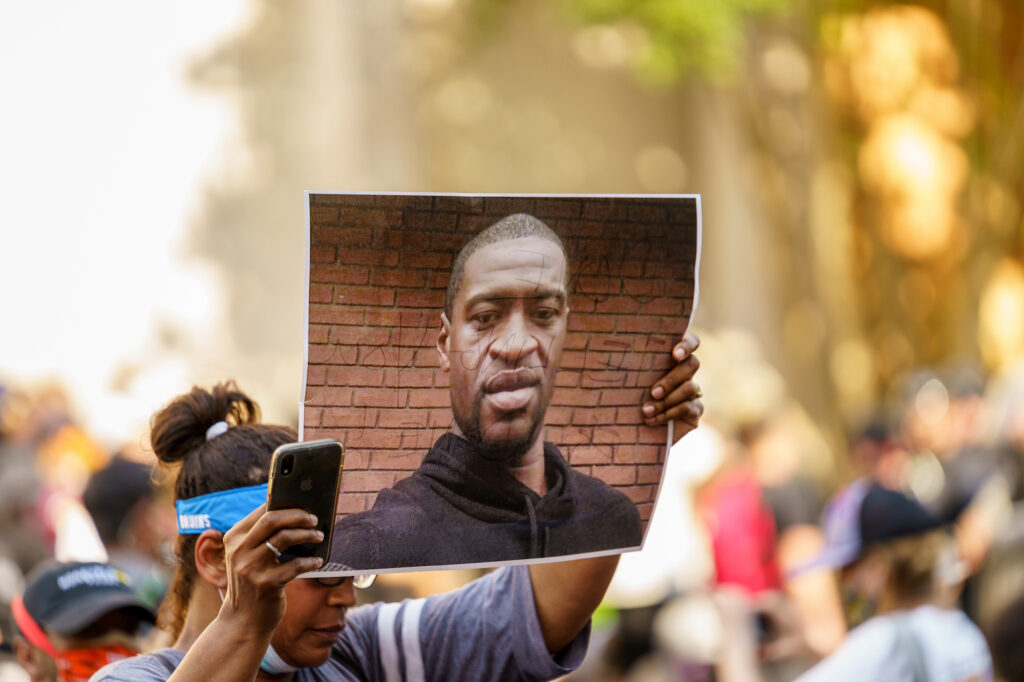 A year after George Floyd’s killing by a Minneapolis police officer, his family returned Tuesday to Washington, D.C., where lawmakers have been attempting to craft a bipartisan bill to overhaul the nation’s policing laws.

Congress failed to act by the anniversary of Floyd’s death — the deadline that President Joe Biden had urged lawmakers to meet.

Instead of signing legislation named for Floyd into law on Tuesday, the president met with Floyd’s family members in a private gathering at the White House.

Afterward, Biden said in a statement that he appreciates the “good-faith efforts” from lawmakers of both parties to pass “a meaningful bill,” and that he hopes they will get a measure to his desk quickly.

“We have to act. We face an inflection point,” said Biden, who met with Floyd’s family shortly after his killing last year and has spoken with them by phone several times. “The battle for the soul of America has been a constant push and pull between the American ideal that we’re all created equal and the harsh reality that racism has long torn us apart.”

George Floyd was killed at age 46 one year ago, after former Minneapolis police officer Derek Chauvin pressed his knee onto Floyd’s neck for more than nine minutes outside a convenience store. Floyd’s murder sparked an emotional outcry across the country, with protesters filling the streets as they called for legal changes to policing.

But the broader policy changes they’ve urged have not yet come to fruition.

The Democratic-controlled House has passed a measure known as the George Floyd Justice in Policing Act, which would ban the use of chokeholds and make it easier to prosecute officers for wrongdoing. But that bill has not garnered Republican support in the Senate.

Instead, a group of Democrats and Republicans from both chambers has been attempting to hammer out a deal. That group has included Republican Reps. Brian Fitzpatrick, of Pennsylvania, and Pete Stauber, of Minnesota.

One remaining obstacle in negotiations over a policing reform bill is a provision that would limit legal protections known as “qualified immunity” that protect police officers in civil lawsuits.

Earlier in the day, the group of family members — which included Floyd’s daughter, Gianna; her mom, Roxie Washington; and several of his brothers — also gathered with House Speaker Nancy Pelosi (D-Calif.) on Capitol Hill.

During a news conference, Pelosi noted that the family had been to the Capitol when the House was passing its measure, and she repeated an often-cited quote from Gianna that her father “will change the world.”