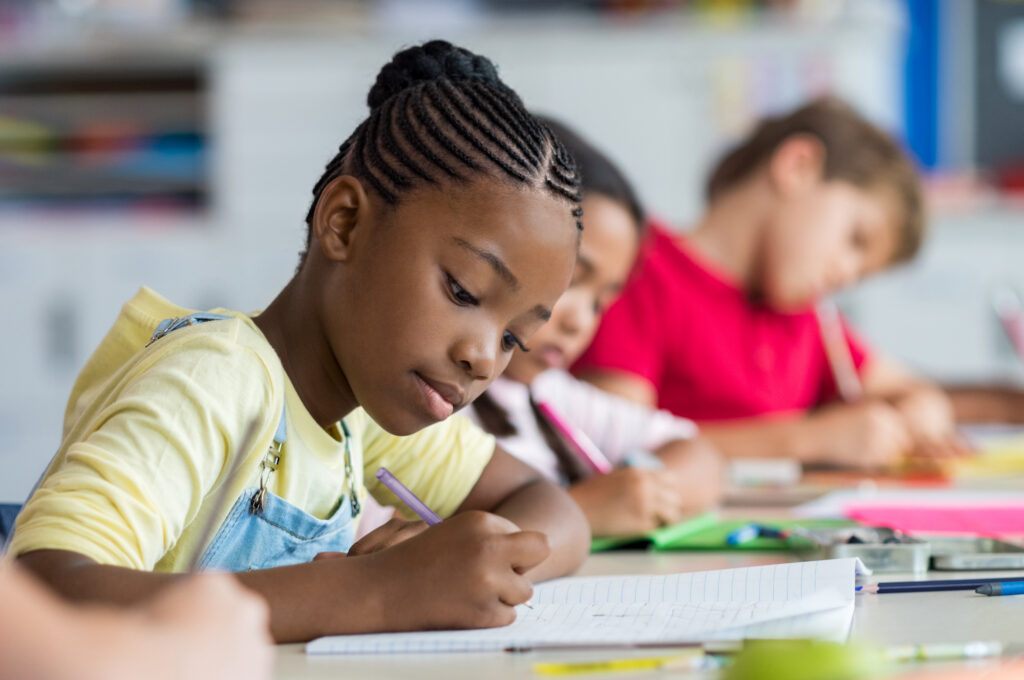 Gov. Gretchen Whitmer announced Thursday her priorities for K-12 education that uses federal funds and a state surplus to close the equity gap for Michigan’s schools.

“Right now, we have an unprecedented opportunity to help each and every student recover academically, mentally and physically,” Whitmer said in a statement. “With the resources we have available to us thanks to federal aid and a state surplus, we can make lasting, transformative investments in our kids and schools that will have positive impacts for generations.”

Whitmer’s revised education budget proposal would close the funding gap between schools in lower and higher-income communities with a $262 million investment. That’s been a goal in the making since Proposal A was passed in 1994, which revamped how schools are funded in an effort to lower property taxes.

The plan utilizes the surplus to propose over $1.7 billion in one-time funding and allocates over $900 million for ongoing investments.

“A once in a century pandemic calls for an unprecedented response,” said Student Recovery Advisory Council Chair Kevin Polston. “This historic investment into our education system will support a brighter future for Michigan’s children.”

Under her plan, all districts and charter schools in the state would receive $8,692 in base per-student aid, which is a $581 increase for most schools and an additional $163 for schools at the top-end.

Other notable pieces include:

“The changes she’s proposing are long overdue, and we urge the legislature to strongly consider the governor’s recommendations to benefit our students and teachers,” said David Hecker, president of AFT Michigan.

House Appropriations Chair Thomas Albert (R-Lowell) said he is “encouraged to see the governor recognize these priorities and build upon them,” but added that the state needs to prioritize in-person instruction and criticized Whitmer regarding the state’s pension system.

“As we move forward, I hope the governor will recognize structural concerns to school finance in regard to pension costs,” Albert said. “Our broken retirement system now eats up roughly 25 cents of every school aid dollar collected from Michigan taxpayers. The additional money available for this budget cycle provides a great opportunity to restore the funding the governor raided from the pension system last year.”

The governor’s plan is dependent on federal Elementary and Secondary School Emergency Relief (ESSER) III through the American Rescue Plan (ARP) passed earlier this year, but those funds have been held up in the state Legislature for months.

When the Congress passed the last COVID stimulus plan, U.S. Senator Debbie Stabenow (D-Lansing) included language that would require states to allocate the education funding within 60 days of the state receiving the relief funds.

Michigan received the funding on March 24, and Monday was 60 days after that date.

However, none of the $3.7 billion in ESSER III funding has been allocated to schools.

It’s not clear whether there are penalties for missing the deadline, but either way, education leaders want the money spent.

“The ARP package included some very specific language that Sen. Stabenow included in the bill because of all of the chaos of trying to get the previous money out the door,” said K-12 Alliance of Michigan Executive Director Robert McCann.

A spokesman for Whitmer did not respond to a request for comment.

Republicans earlier this year tie-barred $840 million in K-12 funding to legislation that would have yanked power from the Department of Health and Human Services (DHHS), but Whitmer vetoed the bill in March, leaving the federal funding from ESSER II unspent.

“The first step in that process must be the immediate allocation of more than $4 billion in federal school relief funds that have hung in the balance for too long,” MEA President Paula Herbart said. “It’s time for Republican legislative leaders to work with the governor to get that money where Congress intended it – to our schools, educators and students.”

In total, there is about $4.5 billion in federal COVID-19 relief funds meant for Michigan schools that has been held up in the Legislature.

“It’s just wildly ridiculous at this point,” McCann said. “It’s a formula the federal government prescribes. There’s no leeway, and they simply send the money to the state and say appropriate it. And we can’t even get something that simple done.”