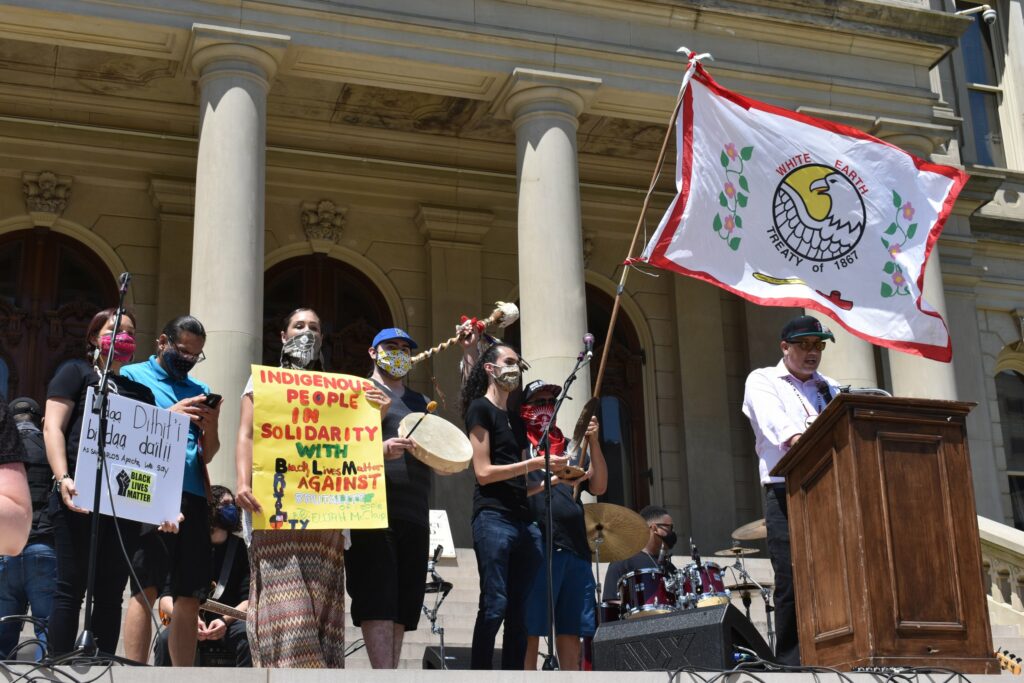 When Europeans first came to the Americas in the middle of the last millennium, scholars estimate that there were roughly 60 million Indigenous people here. And while the actions and motivations of those who immigrated to this hemisphere obviously ran the gamut, there is simply no denying that the impact on the Native population was catastrophic.

The arrival of Europeans led – both through the rapid spread of diseases like smallpox, measles and influenza, and by way of warfare, conquest and famine – to the extermination of as much as 90% of the Native American population (or around 10% of all humans then on Earth). The “Great Dying” was so massive that some scientists believe that the subsequent rapid decline in agricultural land use to which it led contributed to a temporary alteration in planetary temperatures.

This tragic story is far from the only one of its kind. Throughout human history, groups representing various races, religions, nations, and ideologies have subjugated and inflicted great harm on members of other groups – sometimes with a specific intention to do so and, at others, with only a vague grasp of the impacts of their actions.

Aboriginal people in Australia, native inhabitants of southern Africa, colonized inhabitants of the Indian subcontinent, European Jews, the Irish, Armenians, the Tutsis of Rwanda, and the Muslim Uighur population of modern China are just a few of the groups on a very long list.

Of course, the hard truths in these episodes of oppression, and even genocide, are not usually in the history that gets reported by the oppressors or their descendants. The process of acknowledging and coming to terms with such painful truths is usually a fraught, gradual, and imperfect one.

Eighty years afterwards, modern Europe still struggles to come to terms with the horrors and implications of the Holocaust. In 2021, the government of China denies what it is currently and credibly accused of doing to millions of Uighurs.

Here in the United States, it has taken many decades – indeed, centuries – for the tragic scope of what was done to Native Americans to slowly penetrate the consciousness of a population raised on cowboy movies and fanciful Thanksgiving stories.

And so it is, perhaps not surprisingly, that many modern Americans continue to struggle with one of the most horrific of all episodes of oppression in human history: the forced enslavement of millions of people of African descent by white Americans.

While no one denies the fact of slavery, millions still avert their eyes from its gruesome reality and, even more importantly, from its legacy.

This fact has been on painful display in recent weeks as many American conservatives have pursued an aggressive and concerted strategy to ban the teaching of “critical race theory.” As reporter Dan Vock explained in a story last week, the proponents of this argument believe that this heretofore rather obscure academic concept is part of a nefarious strategy to brainwash white American students into hating their country and seeing it (and themselves) as racist. Recent conservative attacks on journalist Nikole Hannah-Jones and the 1619 Project are clearly a component of this campaign.

At least that’s the optimistic view of what’s been happening. A more cynical take – one that seems likely given the argument’s close association with that great manipulator of white fear and prejudice, Donald Trump – is that this new campaign has little to do with genuine belief and everything to do with an effort by a movement bereft of winning policy ideas to play its last political hole card: race-based fear.

Happily, whatever the motivations of the authors of this new and manufactured controversy – cynically manipulative, or merely sincere and confused – it is, like so many other attempts to deny history, doomed to failure for a simple and powerful reason: it’s not true.

Undertaking an honest and critical appraisal of American history – particularly the systematic racism that has long permeated nearly every aspect of society – doesn’t make the nation or its people weaker; it makes them stronger. Just as humans can love their parents and still recognize their blind spots and mistakes, modern Americans can celebrate the great insights of the nation’s founders and still acknowledge the dreadful injustices they abetted and perpetrated.

Just like modern Germans who work every day to confront and overcome the sins of the Nazis, American schoolkids can handle the truth.

And they can also handle the undeniable fact that the legacy of the nation’s original sins, didn’t end with the Civil War, or the demise of Jim Crow, or even with the Obama presidency.

In 2021, it is indisputably true that life in the United States, for all its many greatest-in-history attributes, remains inextricably intertwined with the original extermination of indigenous people, the enslavement of Africans and the systematic oppression of people of color that followed.

This fact doesn’t make every white American “guilty,” or a “racist,” but it should inspire all people of all colors to discard their rose-colored glasses, look honestly in the mirror, and think anew about why and how they should be working, quite intentionally, to build a better and fairer world for all.