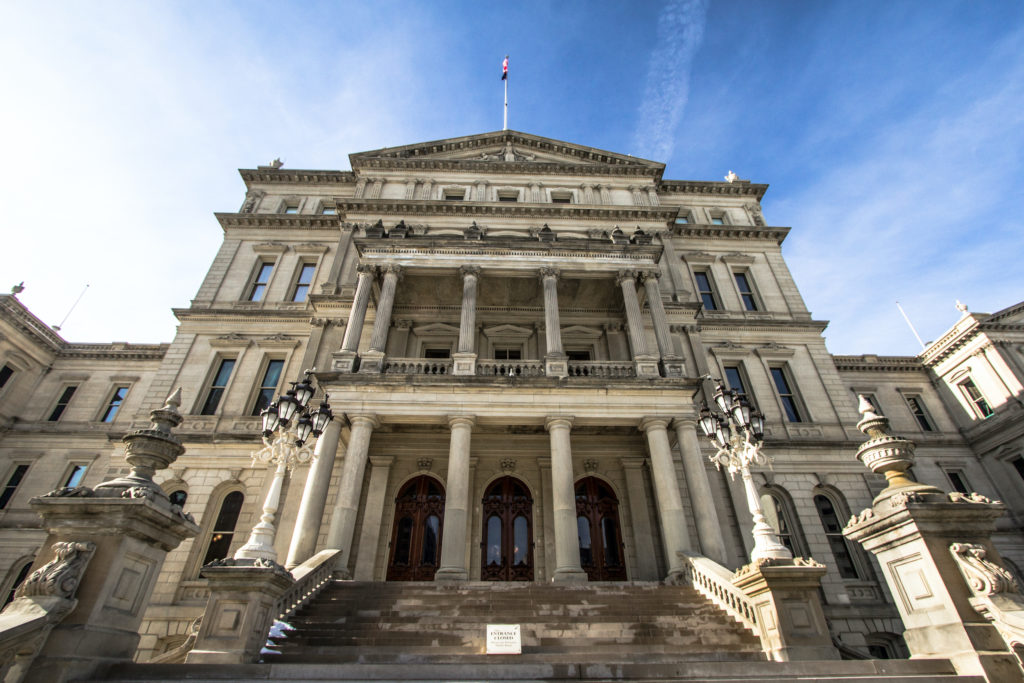 Police would be required to intervene if they see that excessive force is about to be used and schools would be prohibited from including the “1619 Project” in their curriculum under bills recently introduced in the Michigan Legislature.

Those are just two of the bills members of the House and Senate introduced in May on topics ranging from police reforms to schools to guns.

The guidelines would then be sent to each law enforcement agency within the state, who would have to develop a written policy based on the guidance.

The training would cover topics including verbal and physical tactics to minimize the need for the use of force, the use of nonlethal methods of applying force, and strategies to divert individuals with mental health disorders or substance use disorders from the criminal justice system.

Agencies would be required to adopt policies limiting the use of force under Senate Bill 481, sponsored by Sen. Stephanie Chang (D-Detroit).

The policies would include a requirement that officers only use physical force after de-escalation techniques had been tried and failed if feasible, a continuum detailing the levels of force considered proportional to a situation, a requirement that a verbal warning must be given before force is used, and a requirement that deadly force not be used solely to protect property or against an individual who posed a risk only to themselves.

Before using deadly force, officers would also be required to exhaust all other alternatives proportional to the situation, such as using cover, containment or tactical repositioning, deploying special equipment or resources to the scene, like mental health professionals trained in crisis intervention, requesting additional law enforcement at the scene and verbal communication with the person against whom deadly force was to be used.

Sen. Jim Runestad (R-White Lake) sponsored Senate Bill 478, which would prohibit officers from intentionally applying pressure to the throat of an individual unless they posed an immediate threat to the life of the officer or another individual.

If an officer observes another officer is about to use excessive force, they would be required to verbally or physically intervene under Senate Bill 480, sponsored by Sen. Ruth Johnson (R-Holly).

Officers found to use excessive force that led to the death or serious bodily harm of another individual would have their license permanently revoked under Senate Bill 475, sponsored by Sen. Ken Horn (R-Frankenmuth).

Knowingly and intentionally failing to activate a police body-camera would be a misdemeanor punishable by up to 90 days in prison or a fine of up to $500, or both, under Senate Bill 484, sponsored by Sen. Marshall Bullock (D-Detroit).

Senate Bill 460, sponsored by Sen. Lana Theis (R-Brighton), would prohibit school districts from including in their curriculum the 1619 Project, critical race theory, or the “anti-American and racist” ideas that the United States is a fundamentally racist country, the Declaration of Independence or Constitution are fundamentally racist documents, or that an individual is inherently racist, whether consciously or unconsciously.

If a school district were in violation of the law, they would have 5% of their total funds withheld.

House Bill 4946, sponsored by Rep. Stephanie Young (D-Detroit), would provide $25 million to hire 200 new employees at secretary of state branch offices to help clear out a backlog of individuals trying to make appointments for services.

The bill is estimated to create about 500,000 appointments by the end of September.

Local governments would be prohibited from classifying milkweed as a noxious or exotic weed under House Bill 4896, sponsored by Rep. Samantha Steckloff (D-Farmington Hills).

Milkweed are the host plant for the monarch butterfly, according to the U.S. Forest Service.

Monarchs have seen their population decrease more than 80% since the mid-1990s, per the Center for Biological Diversity.

If a gas station offers a discounted gas price, the regular price and the discounted price would be required to be displayed with equal illumination, font size and style on the same sign under Senate Bill 493, sponsored by Sen. Jim Stamas (R-Midland).

If a state legislator entered into a settlement agreement following a claim of sexual harassment or assault, the name of the legislator and the amount of the settlement would be made available to the public under House Bill 4920, sponsored by Rep. Steven Johnson (R-Wayland).

Scientists don’t currently know the origins of COVID-19, per the Centers for Disease Control and Prevention.