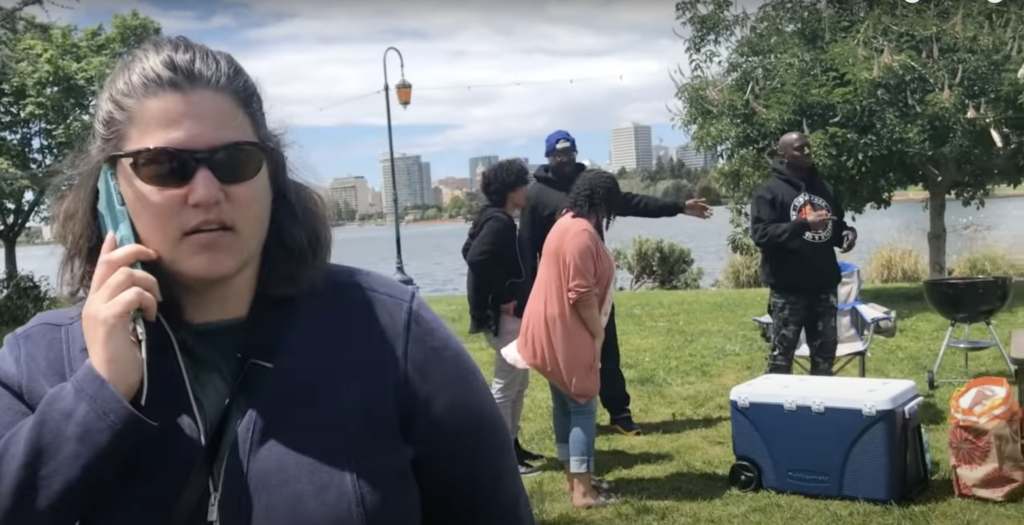 There is a disgusting video that began circulating this week of a woman spitting at workers at UMAI Savory Hot Dogs in San Jose, California. She was upset because she was told she had to wear a mask inside of the establishment. Her logical response was to spit at them. The video is circulating with the hashtag #karen hoping that the power of the internet helps to identify this woman and bring her to justice.

The whole ordeal leaves me scratching my head. Not just this incident but every incident labeled #karen or #andthenkarensnapped. If you somehow live off the grid and don’t know who Karen is, Karen is a pejorative term that describes a very specific type of woman that you know, or have come across. Karen is described as:

This is a woman who is aware of her whiteness, and will weaponize it in an instant to get her way. No one is safe from her wrath. Not teenage girls posing and taking pictures on the beach, not men bird watching in the park, not even children selling water. NO ONE. Once she is triggered, she will do everything within her power to rectify the situation. If shouting insults and demeaning the person doesn’t work, she will absolutely call for the manager. She will demand rules be bent for her while in the same breath demanding that everyone follows the rules her way.

Karen always has the time. She will stop everything to harass you and enforce her mandates. When all else fails, and especially if you are a person of color, more specifically, male and Black, she will call the police to back her up. Not because she is in danger, but because she knows that between her perceived danger, and very real racial bias held by many police, she will be seen as the victim and provided with help carrying out her wishes.

I cannot wrap my mind around how extreme her behaviors are as she is playing the victim, while truly being the antagonist. The showmanship is stunning. I have not figured out if her victimhood is performative, or if she mentally crosses a line in which she really believes her lies. It’s insane.

The Karen archetype is new to a lot of folks, but micro aggressive white fragility trope has been in existence for ages. She was part of “the talk” series that you got as a Black child. A woman full of microaggressions that could jeopardize your life to protect her “innocence,” and preserve the patriarchy. For example: Carolyn Bryant Donham. Her admitted lie killed Emmett Till. A 14-year-old boy. She, however, is still living.

The talk warns that a Karen is someone you need to identify, not take your eyes off of, and stay away from. Before she was Karen, she was Miss Ann. The memes shared nowadays give a slightly different perspective about who she is, and provides an avenue to joke about her incredulous behavior, but she has always been dangerous. Not just her, but also her rising male counterparts #kyle and #ken. The internet has begun exposing them too. Something I am appreciative of because I think it creates an environment of accountability that didn’t exist before. Maybe somewhere, a potential antagonist thought twice, and decided against meddling with folks that day.

At least, I hope so.