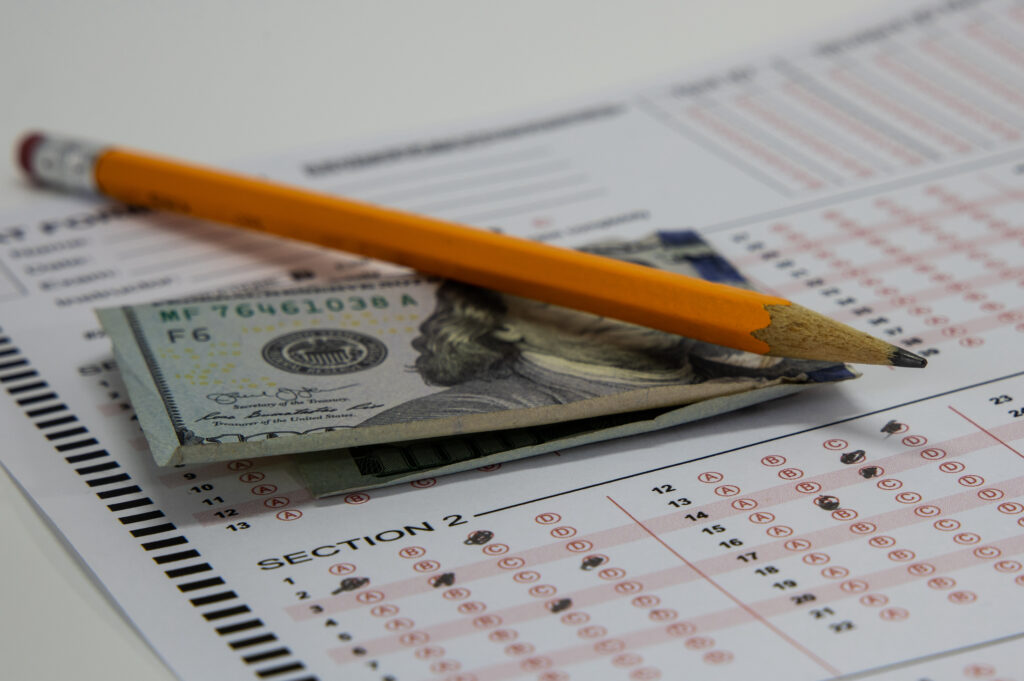 Since the 1940s, students across America have taken the SAT, or Scholastic Aptitude Test, as a measure of their ability to succeed in continuing onto higher education. And although the test has changed a lot since then, not only in its content but in the way it’s perceived by students and colleges alike, it’s important to recognize how big of an impact this test has on the lives of students today. Nowadays, the test is required by many schools, along with countless PSATs and other state-specific standardized tests that do little but stunt the future of students, schools, and America.

First, I feel it’s important to talk about my personal experience this past year with the SAT. As a high school junior, I took the test as it was mandated by my district in mid-April of this past year. I was incredibly nervous for months leading up to the test; fueled by an omnipresent yet somewhat unexplained stress of its importance, I began studying for the test almost five months before I would take it. As the date approached, I only grew more anxious, and with that came even more intensive studying. I completed practice problems daily online, and bought two books filled with practice tests and methods for what I can only describe as cheating the system. By the time the day finally arrived, I felt like I couldn’t be more prepared— walking into that testing room, I knew the odds were stacked in my favor. I also felt sick, but not from nervousness; instead, from the knowledge that so many of the other kids in that room felt the exact opposite.

I am a wealthy white kid who attends high school in a wealthy, predominantly white area. I understand the incredible privilege I have. The school I go to, although theoretically as good as any other public high school in the US, is funded by rich taxpayers with children at my school who have paved my way to a really good education. I am the only child of two married, college educated parents, and have money set aside by my grandfather for the specific purpose of one day paying my tuition.

Although I do work a summer job, I never needed to in order to afford the prep books I studied from, or the unbelievably expensive graphing calculator I used on the test. Before I got my results, my mother told me if I did poorly, she’d pay for a class or a private tutor, and then pay for me to take the test again (which, contrary to the first time I took it, would cost money.) In other words, I could afford to focus every ounce of my attention on studying for this test, and had every conceivable tool I needed to do well; and so I did. This isn’t the case for the vast, vast majority of students today.

The SAT does not measure intelligence— I’m not sure any test can, but I am sure that this one does not. What the SAT measures is how good you are at taking tests, how much you studied, and by proxy how much you care about your result. All of these factors are directly influenced by your class, race, and a myriad of other things that, especially at age 17, no one can conceivably control. Your high school dictates how much of the content on the test you’ve learned, and if the district has the money to pay for everyone to take the test. Your home life also dictates how much time you can spend studying for the test, and how much encouragement your parents will give you to do well.

There is also a huge gap in scores between white and black students, likely caused by discrimination that affects every other factor of life. (It’s also important to note that there is debate on whether or not the test was created as a way to “scientifically” keep black students out of college, which is an entirely different and perhaps even greater issue.) But most of all, the money that you have is, overwhelmingly, the best indicator of how well you will do on the SAT. If you can afford the test prep books, and the fancy calculators; if you have the luxury of time not spent working to help your family or watching your siblings, it’s almost a guarantee you’ll do well on the test.

Even the motivation to study and put in the hours it takes to learn to game the system comes from monetary privilege. When you have money in the bank just waiting to pay for your college, it’s easy to find the motivation to study— everything is right there for the taking, if you only do a few more practice problems. But if you already know that your future consists of joining the military, attending community college, or not attending college at all, why would you study? Why work at this test when you know that even if you score a perfect 1600, there’s always going to be a giant dollar bill shaped barrier between you and a quality higher education? The answer is that you’re not, which is exactly the problem I have with this test.

When all is said and done, the SAT does not determine the rest of your life, or even the next four years of it. Like everything else, the SAT is just one part of whether or not you get accepted to a school, and that school is just one part of a future that extends far beyond what a person can even imagine in high school. But that doesn’t mean the way this test works is okay, and that’s why it’s extremely important for anyone taking the test to understand their privilege, and be cognizant of the fact that the SAT does not measure your intelligence. The only thing the SAT can effectively measure is how well you can do on the SAT.

And so I urge you, especially those who have privilege that allows you to succeed in environments such as this, not to use measures like your SAT score to lord over those who did worse; anyone ignorant enough to believe that their score makes them smarter than anyone else is living proof that the test is a horrible judge of intelligence.

Zoe Thomas is a student at Portage Northern High School in Portage, Michigan, and is a Hoppin and Andrews Elementary alum. Zoe is passionate about political science and journalism.