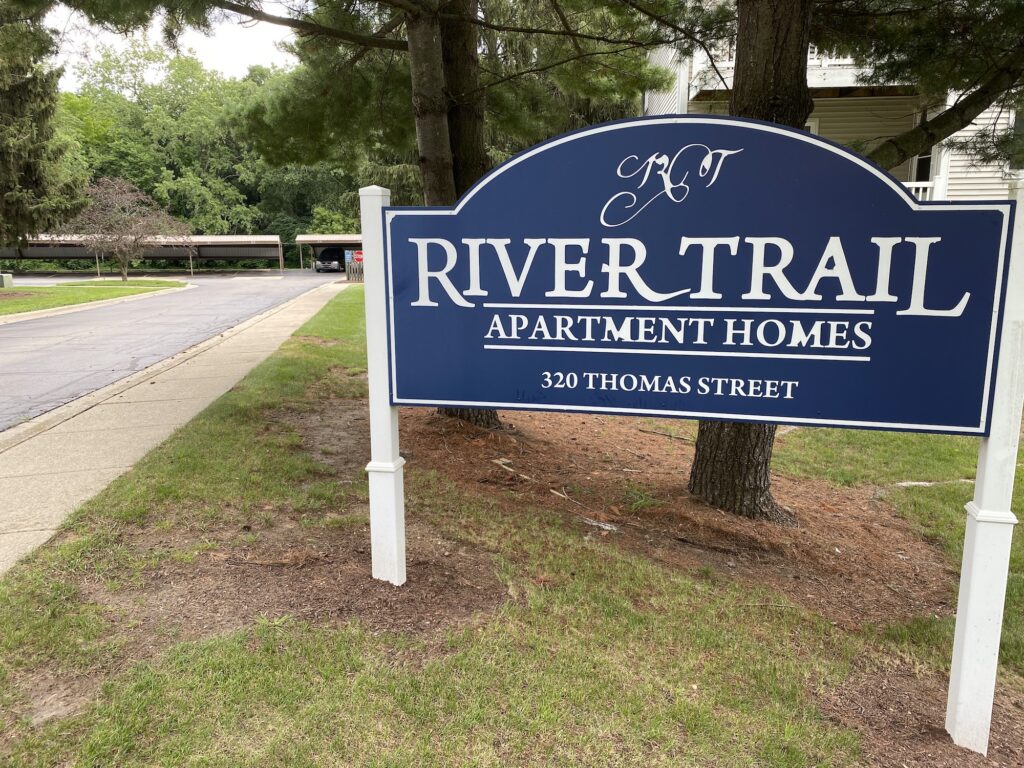 A jury found Lee Parker, Jr., 22, of Three Rivers guilty in the 2020 shooting of 17-year-old Grace Hussey after deliberating for 90 minutes on Tuesday, June 29 in St. Joseph County Circuit Court. Hussey, now 18, was shot in the head near River Trail Apartments in the early morning hours of April 9, 2020. (Alek Haak-Frost|Watershed Voice)

A St. Joseph County Circuit Court jury Tuesday found Lee Parker, Jr., 22, of Three Rivers guilty in the shooting of Grace Hussey, who was shot in the head near River Trail Apartments in Three Rivers on April 9, 2020. After 90 minutes of deliberation, the jury returned guilty verdicts on one count of assault with intent to commit murder, and one count of felony firearm.

The assault conviction carries a sentence of any number of years to life in prison, and possessing a firearm in commission of a felony is a two-year sentence for a first offense. The jury heard testimony from 10 witnesses on Wednesday and Thursday of last week, with the trial taking place over the course of four days between Tuesday, June 22 when the jury was seated, and Tuesday, June 29, when the jury rendered a verdict.

Chief Assistant Prosecuting Attorney Gary Gabry and defense attorney Paul F. Gipson delivered their closing arguments prior to jury deliberations Tuesday. Gabry called the April 2020 shooting “the murder that wasn’t,” which Gabry argued was a “crucial failure” on Parker’s part as he “left a witness alive.” He referred to Hussey, who was 17-years-old at the time of the shooting, as “Grace the survivor,” applauding the bravery and resilience she exhibited after surviving a gunshot to the head.

“By the grace of whatever power or just sheer dumb luck, it wasn’t a murder,” Gabry said. “And that’s a crucial piece of evidence, that is a crucial failure on the part of the defendant, he left a witness alive.”

During two days of testimony last week, Gipson argued that owning ammunition was not a crime, as 9mm and .22 “long rifle” ammo were found in the apartment of Parker’s girlfriend Sunshine Swinehart. Plus, no weapon was ever found, and Parker did not have a registered firearm in St. Joseph County. On Tuesday, Gabry told the jury he didn’t believe they were “naive” enough to think just because Parker isn’t a legal gun owner that he couldn’t have committed the crime. Gabry said there are “a million ways” to acquire a firearm, especially “a cheap .22 (pistol),” which the state argued was likely the weapon used in the shooting.

The defense also argued throughout the trial that the timeline of the shooting and Parker’s alleged involvement didn’t add up. The first 911 call with a report of shots fired was placed at 12:22 a.m., and Shasta Kunz, a neighbor of Swinehart, testified she saw Parker walking down the third floor stairs of Walnut Meadows Apartments at 12:19 a.m. the night of the shooting. Gipson Tuesday said there was no evidence Parker drove or owned a car, so he would have had to travel “six to seven blocks” on foot to get to the scene, have a conversation with Hussey, and commit the crime in “three minutes or less.”

During his closing argument Gabry referred to the call as a “phantom call,” as the Three Rivers Police Department was never able to verify whether shots were actually fired at or before 12:22 a.m., and contended that “evidence shows the shooting didn’t happen at 12:22 a.m.”

Gipson asked the jury Tuesday whether Hussey “could be trusted” as a witness after suffering a traumatic brain injury. He said Hussey herself testified that she was in shock after being shot, and could have still been in shock when the officer who found her asked who shot her.

Gipson also criticized the TRPD’s investigation of the shooting, claiming they failed to conduct a thorough and adequate investigation, and never considered any suspects other than Parker. Gipson also argued the police could have collected and tested more evidence, and failed to go door-to-door in the area of the shooting to see if private citizens or businesses had cameras that caught anything relevant to the case.

“They made up their minds very quickly to blame Lee Parker, so there was no real effort to work the case backwards, check out Grace Hussey’s circle of friends and family, just to confirm there were no other viable suspects, rule out all other suspects,” Gipson said. “They didn’t do that. We don’t know if there were any other suspects because they didn’t look.”

Gipson said no evidence other than Hussey’s testimony “points to Lee Parker’s guilt,” and given the injury Hussey sustained in the shooting and the gaps in her memory as a result of the trauma, her testimony should be considered unreliable. Therefore, Gipson argued, “The state has failed to meet their burden of proof.”

In rebuttal to Gipson’s closing statement, Gabry argued Kunz’s claim that she saw Parker minutes before the 12:22 a.m. 911 call was placed, came months after the shooting at the urging of Swinehart, and shouldn’t be considered reliable either.

Gabry closed by showing the jury the body cam footage taken the night of the shooting, in which Hussey identifies Parker as the shooter within a minute of talking to police. “We all heard about how bad the police did — they had a job to do, they did their job. You heard the defendant’s attorney talk about how we had ‘a crucial 48 hours’ when they should have been looking for other people (who could have done it). No — because in 59 seconds (referring to the body cam footage) we knew who did it.”