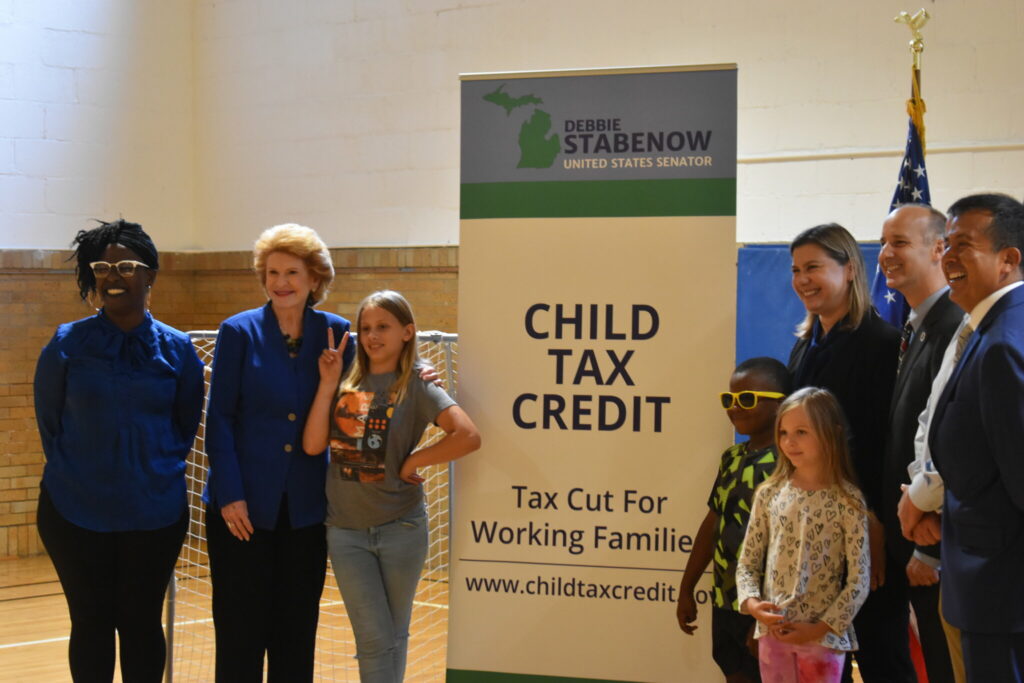 Starting next week, many Michigan families will receive monthly payments from the federal government through the new child tax credit expansion, benefiting nearly 2 million children in the state.

During a press conference in Lansing Thursday, U.S. Sen. Debbie Stabenow (D-Lansing) and U.S. Rep. Elissa Slotkin (D-Holly) laid out the changes to the existing Child Tax Credit through the American Rescue Plan signed by President Joe Biden in March.

“This is a tax cut for working people,” Stabenow said. “Friends on the other side of the aisle are more than willing to create so many tax credits for the wealthiest Americans, that we have billionaires paying zero taxes. And so this is putting it toward the rest of Michigan families who are working hard every single day and don’t benefit from all of the other tax credits that are put in the tax code.”

“We’re making it a monthly payment rather than waiting until tax time, which is significant. We’re really meeting families where they are,” Stabenow said.

Individuals earning up to $112,500 annually and couples making as much as $150,000 are eligible for the full child tax credit expansion. Those who are earning more than that will still be able to receive the previously existing $2,000 child tax credit.

Anita Cobb, 35, of Lansing, said that she previously earned just enough to not qualify for the tax cut before the expansion, but is looking forward to the additional funds to “take some of the guesswork out of the next few months.”

“Sometimes we live paycheck to paycheck, working multiple jobs and striving for stability,” said Cobb, a mother of three teenagers. “We just need to get extra help, like the child tax credit, especially for families like mine, who make just enough to not qualify for benefits. It’s a godsend.”

As of right now, the expansion is only set until December, but Stabenow said she is confident that it will be extended for the next five years and hopes to see it become permanent.

This expansion will help working parents who can’t afford childcare, which has especially affected women in the workforce during the pandemic, Slotkin said.

“We know that four times as many women have dropped out of the economy in the past year as have men, and that’s something that’s going to be a disparity probably for the rest of our lives if we don’t deal with the issue of childcare,” Slotkin said.