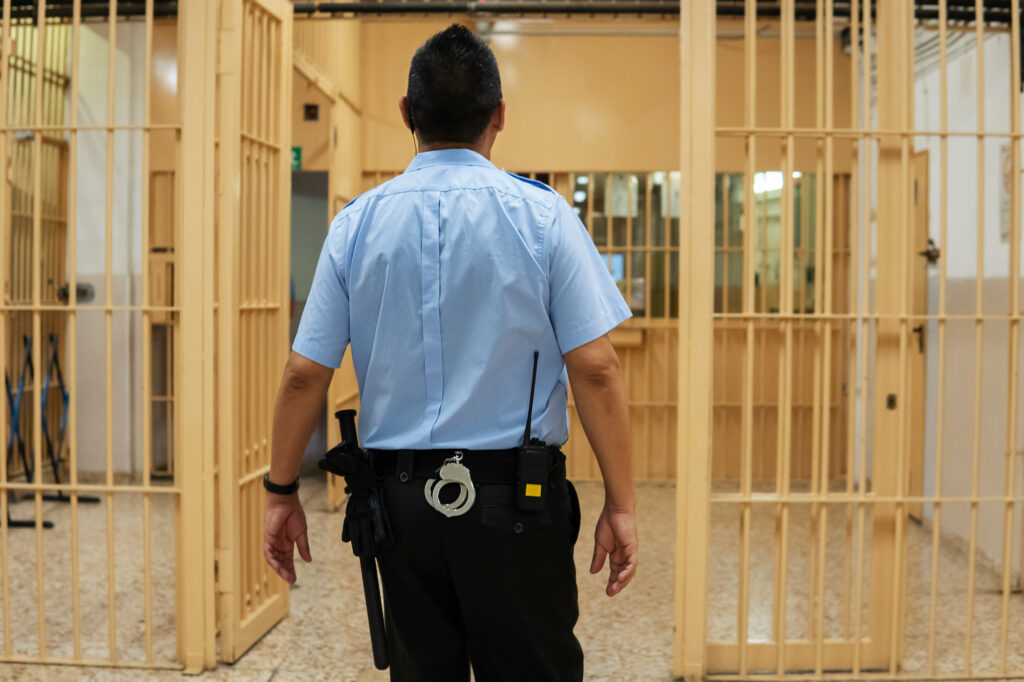 As of Tuesday, about 63% of the 32,732 inmates housed in Michigan correctional facilities are fully vaccinated against COVID-19 — which is higher than the state average of 57.1%. That was made possible by a coordinated state effort, according to Michigan Department of Corrections (DOC) spokesperson Chris Gautz.

But as for how many of the DOC staffers supervising those inmates have received a vaccine, that number is far murkier and, in fact, is unknown to the state.

The Prison Policy Initiative (PPI), a Massachusetts-based nonprofit that supports reforming the criminal justice system to end mass incarceration, reported in April that the median vaccination rate among staff in 36 states and the Federal Bureau of Prisons (BOP) was just 48%.

“The numbers are even more disturbing in states like Michigan and Alabama, where just over 10% of staff have gotten at least one dose of a COVID-19 vaccine,” the report reads. With data from April, the PPI’s state-to-state comparison shows Michigan dead last with a low percentage of 11%.

Specifically, just 1,300 DOC staffers out of nearly 12,000 are known by the state to be vaccinated, despite being eligible for the vaccine since late December.

Gautz said that number still holds, but emphasized that it does not show the full picture.

“We just don’t know what that total number is. We know that it’s certainly higher than 1,300,” Gautz said. “… That’s why our number looks lower than other states, because some other states either require that or set up a system [of reporting].”

The only DOC staffers who may be required to be inoculated at the moment are those working on assignment at Henry Ford Allegiance Health in Jackson, where the medical center has a secure unit for prisoners who require medical attention.

“We’ve been very, very firm in our encouragement that every one of our employees should be vaccinated. But we’re just not able to mandate it,” Gautz said.

In December, the DOC began offering vaccination clinics to employees after receiving allotments from the Department of Health and Human Services (DHHS).

“I’m pretty sure we were the first, and probably also the largest employer to bring vaccines on-site to all of their employees,” Gautz said. “We know that about 1,300 employees took us up on the vaccines that we provided to them. But we don’t know how many got it on their own.”

Gautz said that staffers who received their doses outside of those clinics are not counted by the department as vaccinated. For example, those who are vaccinated at Meijer (like Gautz), Ford Field or CVS would not be counted toward the official number of vaccinated DOC staffers, and there are no reporting requirements for employees.

In 2020, the PPI graded Michigan’s response to the state’s COVID-19 outbreak as a “D-,” although all other states besides Tennessee ranked even lower than Michigan.

The DOC partnered with local health departments and the Michigan National Guard to conduct mass testing of prisoners of all state prisoners in late May before vaccinating inmates in tiers according to age and health status.

As for whether unvaccinated DOC staffers may pose a health threat to prisoners, Gautz said the numbers have not shown a cause for alarm. There are currently just 10 active prisoner cases across Michigan’s 29 prisons, 53 prisoners who have been medically cleared and symptom free, and 26,137 recovered.

Gautz noted that he does not believe a vaccination mandate for DOC employees would even be possible.

“I know there are some who have issues [with the vaccine], and we’ll respect those, but we have a duty and obligation to keep the prisoners under our care safe. And our staff take that seriously,” Gautz said. “So I think they will do everything they can to keep them safe, and I hope that as many of them as possible choose to get vaccinated.”