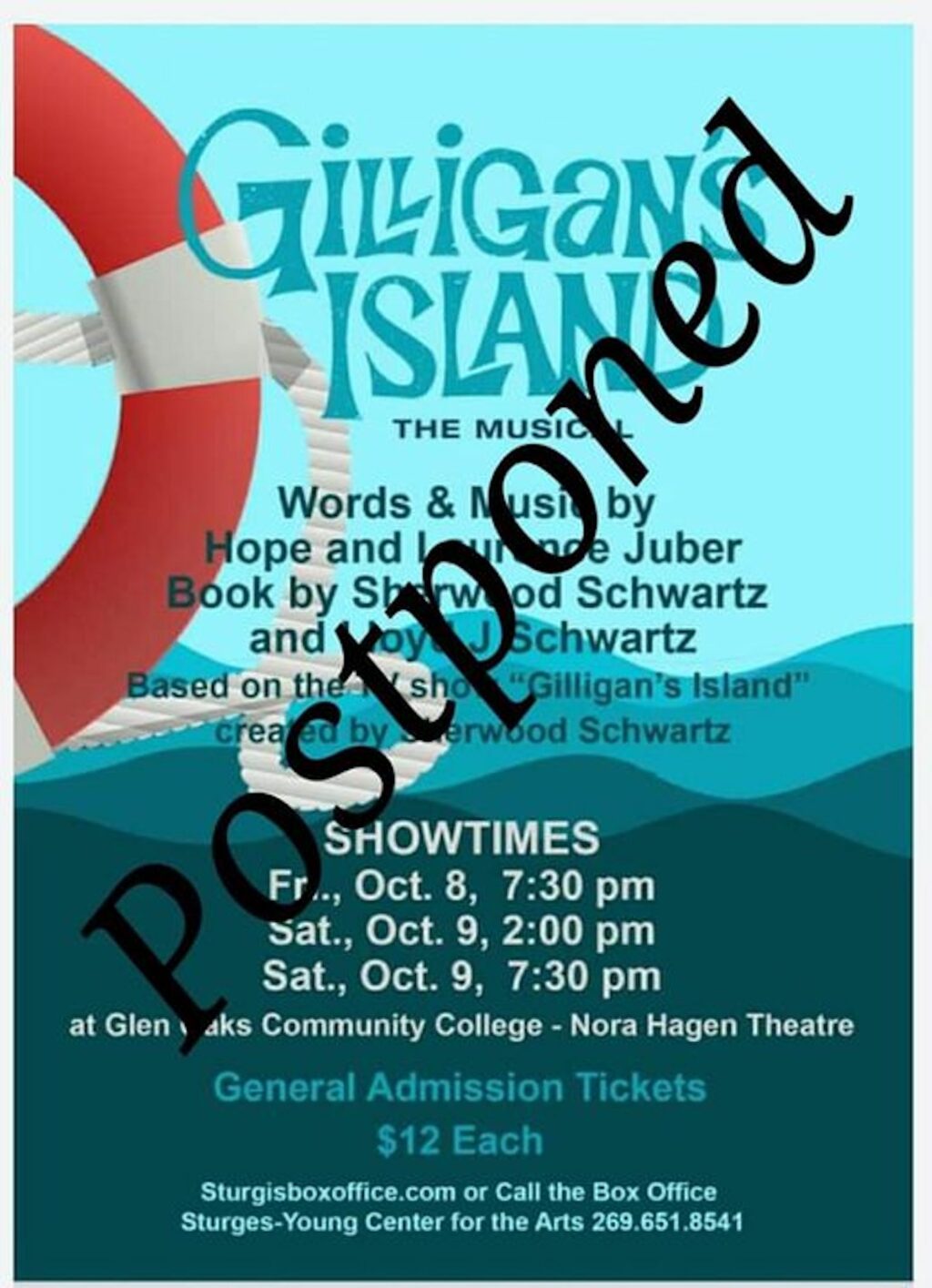 Due to unforeseen circumstances Glen Oaks Community College and the Sturgis Civic Players’ “Gilligan’s Island: The Musical” has been postponed. The show was set to open on Friday, October 8 and include three performances between Friday and Saturday.

Glen Oaks told Watershed Voice all ticket sales will be honored, and new dates for the show will be announced down the road. The family-friendly musical was to be held in the Nora Hagen Theatre on the Glen Oaks campus.

In a press release sent out last week, Glen Oaks explained the production is a stage musical version of the ever popular and iconic 60s TV comedy show “Gilligan’s Island.” Shipwrecked on a remote Pacific Island, the seven castaways build huts and begin to explore their surroundings. They discover strange hieroglyphics in a spooky cave, which speak of an ancient legend. The weather gets rough, Gilligan foils the best-laid of the castaways’ rescue plans…romance develops…the castaways have an out-of-this-world encounter…it’s fun, wacky, and entertaining with 18 original tuneful and memorable songs.

The musical is co-directed by Mary Sutter of White Pigeon; and Michele Kelley of Nottawa, with Cecilia Franz as sound technician.

“We are excited to finally be back in production,” Colin Eastman, president of the Sturgis Civic Players, said. “This is the third performance for the partnership between Glen Oaks and the Sturgis Civic Players. The cast members were deep into rehearsal mode when COVID struck in 2020 forcing us to cancel the show. We picked back up where we left off and started rehearsals late this summer; however, many of the cast members from 2020 weren’t able to join us this year – so we have some new members mixed in with the original cast.”