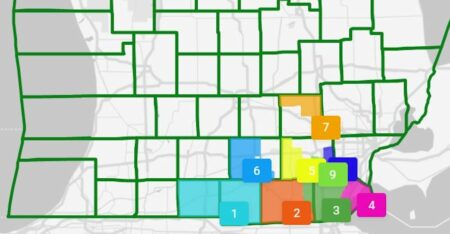 The Michigan Independent Citizens Redistricting Commission (MICRC) approved its nine collaborative proposed maps and an additional six from individual commissioners for the state Senate, state House and congressional districts earlier this month. The lines will go into effect for the 2022 elections and be in place for 10 years. Now experts are weighing in on the maps as the commission — which is composed of four Republicans, four Democrats and five independents — prepares for another round of public hearings starting in Ann Arbor Thursday.