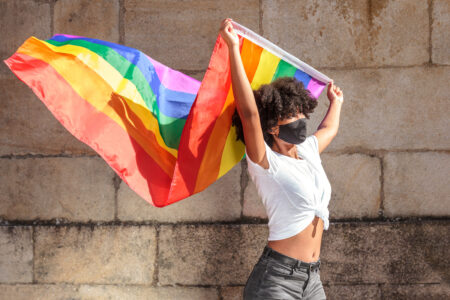 Friend of Watershed Voice, Emme Zanotti, on Pride: “And that’s what the first Pride was. It was a revolution fueled by the fire of Black trans women and trans Latinas. A revolution generated by the kind of spark and passion that can only exist in the hearts and minds of people on the receiving end of an oppressive force so strong that it’s quite literally costing them their lives. The First Pride was a language of the unheard, to paraphrase Dr. King.