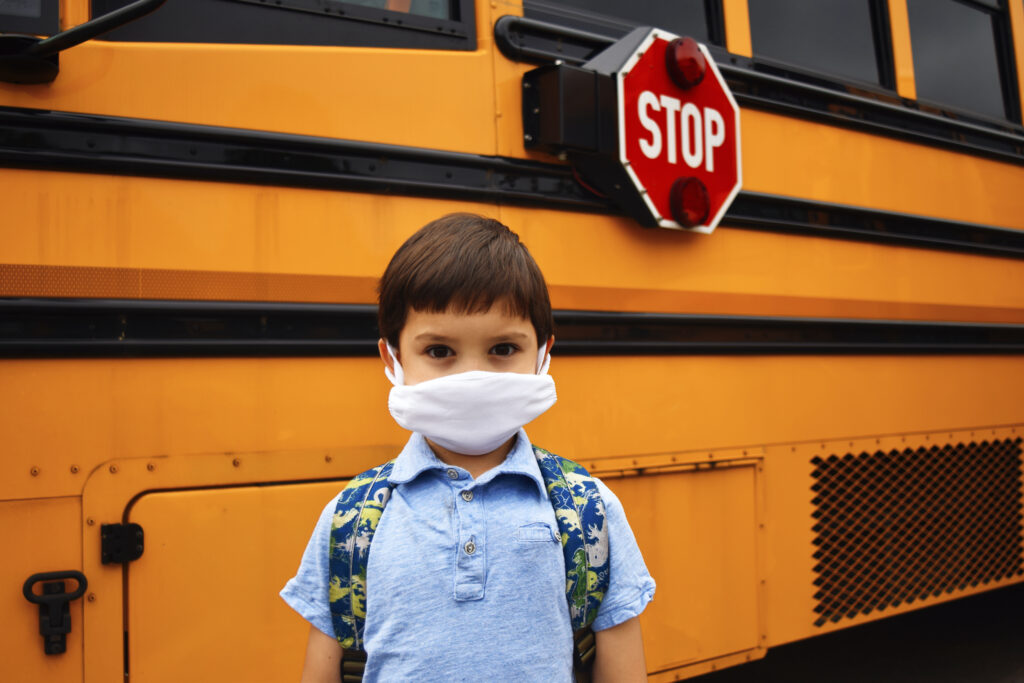 During a special meeting Monday, the Three Rivers Board of Education (BOE) voted to approve a plan to reopen schools to in-person and hybrid instruction on January 25. After discussion that continued from a previous meeting on December 7, BOE members decided not to approve a modification of the Three Rivers Community Schools’ (TRCS) “Return to Learn” (R2L) plan that would have continued all-virtual remote instruction for middle and high school students beyond the start of the next semester.

In mid-November, TRCS administrators closed all schools to in-person instruction through January 22 following a Michigan Department of Health and Human Services (HHS) pandemic order requiring high schools to cease face-to-face instruction, as well as a sharp rise in COVID-19 cases in St. Joseph County. At that time, TRCS Superintendent Ron Moag said the deadline was set to ease planning requirements and reduce the number of adjustments that would have to be made for faculty and students in the likelihood that HHS orders could be extended.

TRCS Curriculum Director Nikki Nash previously said the R2L committee met during the week prior to December 7, at which time they used feedback from a faculty survey to determine that teachers were happier with attendance and engagement rates through the all-virtual mode than they were through the hybrid instructional model. Under the hybrid model, secondary students were split into cohorts, and each cohort was in classrooms two days per week and attending school online the other three days.

Regarding the proposed continuation of virtual instruction, Moag and Nash also said the proposed R2L modification would make planning and adjustment easier for faculty and students in light of the possibility for continued changes to pandemic conditions.

All plans and proposals have been developed closely with the Branch-Hillsdale-St. Joseph Community Health Agency (BHSJ), they said, and if secondary students were to have continued with virtual instruction, TRCS administrators would work with BHSJ each week to determine if it might be safe enough to return to fully face-to-face instruction at the end of the third marking period. Nash said the pandemic infection rate would have to remain below 10 cases per one million people for at least two continuous weeks for that to happen.

During public comments on Monday, three commenters expressed disappointment in the BOE’s decision not to take the R2L committee’s recommendation since it was grounded in the advice of TRCS educators. One commenter, a teacher, said he is able to cover more material through the virtual mode, since students are split in attendance formats under the hybrid model. All three said they are getting better student engagement because the all-virtual mode offers more consistency over the course of a week.

A fourth commenter expressed ambivalence about the benefits and difficulties with both the virtual and hybrid modes, and a fifth advocated for safety measures to bring students back into school buildings entirely.

At both meetings this month, several BOE members said they were uncomfortable extending virtual instruction so far into the future. On Monday, BOE President Erin Nowak said she wanted to see more performance information before evaluating the relative merits of the hybrid and all-virtual modes of instruction. Nowak also pointed out that the BOE could always extend the virtual mode when it votes to reapprove the R2L plan in January, which it must do on a monthly basis per state requirements.

Also on Monday, BOE members approved a report resulting from the 2019-2020 annual audit. TRCS Finance Director Blair Brindley presented highlights from the report. Brindley said this year’s report took “a little longer than usual” due to an allowance for ongoing pandemic circumstances.

According to Brindley, TRCS finished its budget year on June 30 with a fund balance of $2.7 million, representing 9.32 percent of the overall budget. A further adjustment must be made pending some additional revenues. Brindley said those adjustments will have to be made in the 2020-2021 budget but will still pertain to the 2019-2020 budget. The adjustments include reduced revenues in one area and increased revenues in another that Brindley said will “wash each other.” The aggregate changes result in an adjusted fund balance of $3.7 million, or 12.9 percent of the budget.

There are four major recommendations coming from the audit report, Brindley said. One is to add a staff position that will split grant writing and human resources duties. The main intent, she said, is to add capacity to apply for grants, since “grants are a large part of our funding.”

A fourth recommendation pertains to the schools’ foodservice operations. Meeting the recommendation will involve having staff attend state training sessions for improvements in how commodities are used.

Brindley said other audit processes throughout the year will help ensure better compliance with the changes and improvements, and a new payroll software system is already resulting in improvements to related processes. Moag said audit personnel will most likely be invited back in March 2021 for a progress check.

Two outgoing BOE members whose terms expire on December 31 received recognition and thanks from Nowak and other BOE members at Monday’s meeting. Unless a special meeting must take place during the remainder of December, Monday’s meeting was the last for outgoing BOE members Dan Ryan and Geraldine Jaramillo. “I want to personally thank you for all the hard work you guys did,” Nowak said. In particular, Nowak called attention to Ryan’s work on a recent bond campaign, and to Jaramillo’s work on the TRCS Strategic Plan.

Ryan said, “it has certainly been a privilege working with all of you, and I know you will continue in your efforts to move the district forward.” Ryan said he planned to have a drink every other Monday “in your honor.” Ryan said he believed the BOE would continue to “make decisions on what you feel is best for the students.” Jaramillo said she would keep BOE members in her prayers. She encouraged members to continue in their work. “I know it’s a tough time,” she said.