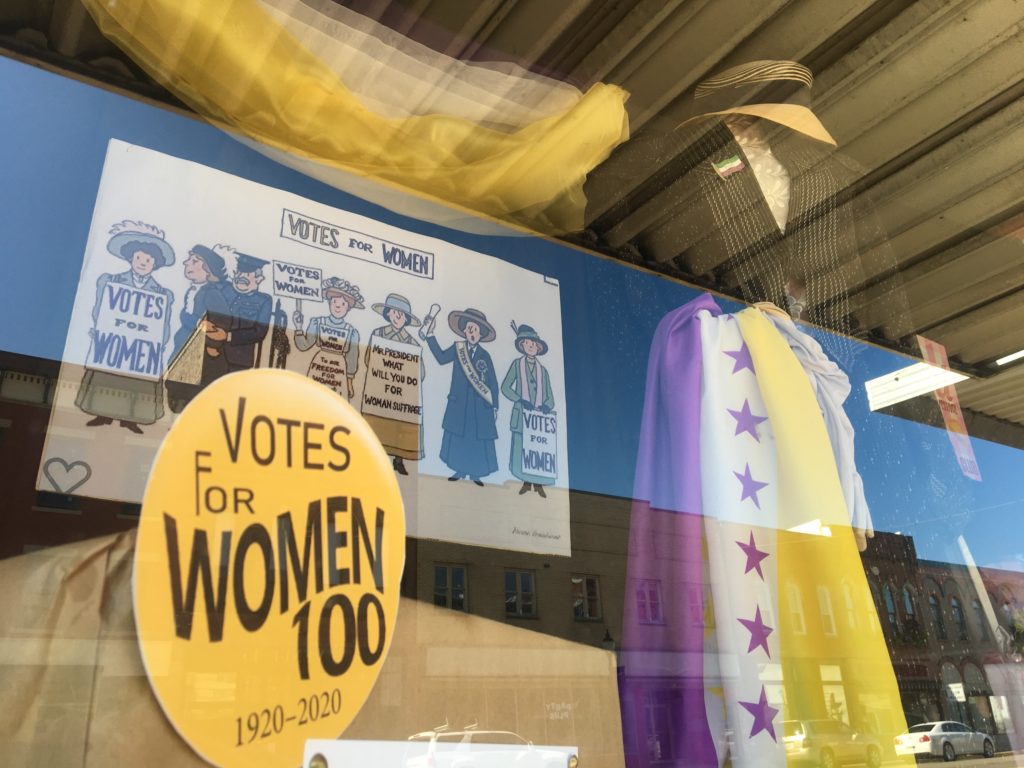 However, she stopped short of predicting how the U.S. Senate will address a similar measure.

“I’m hoping that what the House did was a critical step,” said Dingell, a longtime champion of women’s rights. “I always try to be positive and have hope, but I’m never sure what the U.S. Senate will do.”

The ERA, if enacted, will provide legal remedy against sex discrimination by guaranteeing that constitutional rights may not be denied or abridged on account of sex. Its origin dates back to 1923.

As it did in 2020, the U.S. House in March passed a joint resolution largely on party lines, 222-204, that would remove a deadline for states to ratify the ERA, after a recent federal court ruling said the deadline for the measure expired long ago. U.S. Reps. John Curtis of Utah, Brian Fitzpatrick of Pennsylvania and Nicole Malliotakis and Tom Reed of New York were the only GOP members who voted yes. All Democrats voted to support the measure.

Michigan Attorney General Dana Nessel last year filed an amicus brief on behalf of the state in the U.S. District Court for the District of Columbia circuit to support the trio of her state attorneys general colleagues.

“The ERA is a straightforward and important proposition that has seen much delay and controversy,” said Nessel, a Democrat, at the time. “The amendment consists of one simple sentence: ‘Equality of rights under the law shall not be denied or abridged by the United States or by any State on account of sex.’”

“There can be no time-limit on equality. Sadly, the Equal Rights Amendment remains a matter of simple justice delayed and therefore denied,” she wrote.

In addition, the plaintiffs filed a brief opposing a motion for summary judgment that five other intervening states — Alabama, Louisiana, Nebraska, South Dakota and Tennessee — had sought in the case.

“Five states — Nebraska, Idaho, Tennessee, Kentucky, and South Dakota — have rescinded their prior ratifications of the ERA. And they did so before the congressional deadline expired. Thus, these states have not ratified the ERA,” the states wrote.

Contreras ruled that the Virginia vote came after both the original and extended deadlines that Congress attached to the ERA.

Meanwhile, in the U.S. Senate, which is narrowly under Democratic control, there is new bipartisan momentum for the ERA. U.S. Sens. Ben Cardin (D-Md.) and Lisa Murkowski (R-Alaska) have introduced a resolution that aims to affirm the amendment’s ratification by rescinding the deadline for three-fourths of the states to ratify the ERA. U.S. Sen. Debbie Stabenow (D-Lansing) currently supports the legislation and co-sponsored it last session. U.S. Sen. Gary Peters (D-Bloomfield Twp.) also backs the measure.

Current Senate majority leader Chuck Schumer (D-N.Y.) did not respond to a Michigan Advance request for comment. He has supported ERA in the past and was co-sponsor of a bill that eliminated the deadline in 2007.

Robin Bleiweis, a policy analyst with the Washington, D.C.-based Center for American Progress’ Women’s Initiative, said that the issue may have more traction today than a calendar year ago when the U.S. Senate had a Republican majority. She also said that Murkowski as a co-sponsor is helpful.

“I think that shows a market difference from, from this time last year, but, you know, it’s hard to forecast,” said Bleiweis.

How we got here

The women’s suffrage movement culminated in 1920 with the passage of the 19th Amendment, which gave American women the right to vote. In 1923, New Jersey-born women’s suffragist Alice Paul drafted the original ERA legislation.

Six years before, Paul founded the Congressional Union for Woman Suffrage to focus specifically on lobbying Capitol Hill. That year, more than 1,000 “Silent Sentinels” began 18 months of picketing the White House during Woodrow Wilson’s tenure. They stood at the gates at 1600 Pennsylvania Avenue and hoisted signs that read, “Mr. President, how long must women wait for liberty?” However, the ban to end gender discrimination did not catch considerable steam in Washington, D.C.

In 1950 and 1953, the U.S. Senate passed ERA resolutions, but the House did not affirm them. In 1954, Martha Griffiths, a Detroit lawyer, was elected to the U.S. House. The spirited and sharp-witted Griffiths, the first woman to serve on the powerful House Committee on Ways and Means, was instrumental in getting the prohibition of sex discrimination added to the seminal Civil Rights Act of 1964. By 1970, she introduced a bill addressing the issue.

“This amendment has been in the Judiciary [Committee] since 1923,” Griffith said at the time. “Two generations and seven years is long enough for any committee to act.”

Griffiths’ measure cleared both legislative chambers on Capitol Hill in 1972. Congress gave the effort 10 years to achieve ratification by at least 38 states or two-thirds of the nation.

But by the late 1970s, five state legislatures (Idaho, Kentucky, Nebraska, Tennessee and South Dakota) voted to revoke their ERA ratifications. The first four repealed their previous action before the original March 22, 1979, deadline. Idaho, for example, was among the first states in the nation to ratify ERA in 1972. It was the same year that Michigan Gov. William Milliken, a moderate Republican, signed into a law ratifying the measure in his state. Several years, in narrow fashion, Idaho state lawmakers rescinded ERA in 1977. In 1979, South Dakota’s legislature voted to sunset its ratification.

What accounted for the change?

One key was a national effort led by GOP activist Phyllis Schlafly who founded the Eagle Forum. She helped to lead a lobbying effort against ratification by marketing the acronym for “Stop Taking Our Privileges” or STOP ERA. Schlafly argued that the ERA strips gender-specific privileges women had by including “dependent wife” benefits under Social Security, separate restrooms for males and females, and exemption from the military draft.

By 1982, 35 states supported the ERA. However, the amendment expired without ratification. By the early 1990s, ERA’s supporters adopted a “three-state strategy,” which was designed to push for three more states to ratify and thus meet the threshold. The argument was tied to ratification of the Constitution’s 27th Amendment, which is also referred to as the “Madison Amendment” that was adopted in 1992. The measure, which dealt with congressional pay raises and not the ERA, became part of  the Constitution and had been pending before state legislatures since 1789 before achieving the necessary three-quarters ratification.

Momentum for the ERA

After the 2019 election, Virginia was under Democratic control for the first time in two decades. In January 2020, the Old Dominion became the 38th state to ratify the ERA.

However, that month, David Ferriero, archivist of the United States, declared he would take no action to certify the amendment’s adoption, citing an opinion from the Trump Department of Justice. Ferriero, an Obama nominee, has held the position since 2009.

“We conclude that Congress had the constitutional authority to impose a deadline on the ratification of the ERA and, because that deadline has expired, the ERA Resolution is no longer pending before the States,” the Jan. 6, 2020, opinion read.

Democratic President Joe Biden campaigned last year as a supporter of ERA. In February, new U.S. Attorney General Merrick Garland was asked about the issue during his confirmation hearing before the U.S. Senate Judiciary Committee. Garland declined to comment on whether he agrees with the Trump administration opinion because he was still a sitting judge.

“If I am confirmed as attorney general, any opinions or legal advice I might give on this subject would be based solely on the law, and not on any other consideration,” Garland wrote to the committee.

Regardless of the U.S. Senate action on the issue, Dingell said that ERA’s fate could rest with the conservative U.S. Supreme Court, if legal action arises from Congress’ decision to remove the ratification deadline.

However, Wayne State University law professor Robert Sedler predicts that the nation’s high court will not take on the issue.

“I honestly think that it does not have any legal significance, as I don’t think the Supreme Court is going to touch the case,” said Sedler, a constitutional law expert who has followed the issue since the 1970s. “They will treat it as a non-justiciable political question, and if Congress wants to extend the deadline, the Congress can do it. The court is not going to be coming in as law.” HELP US GROW Make a tax-deductible donation.