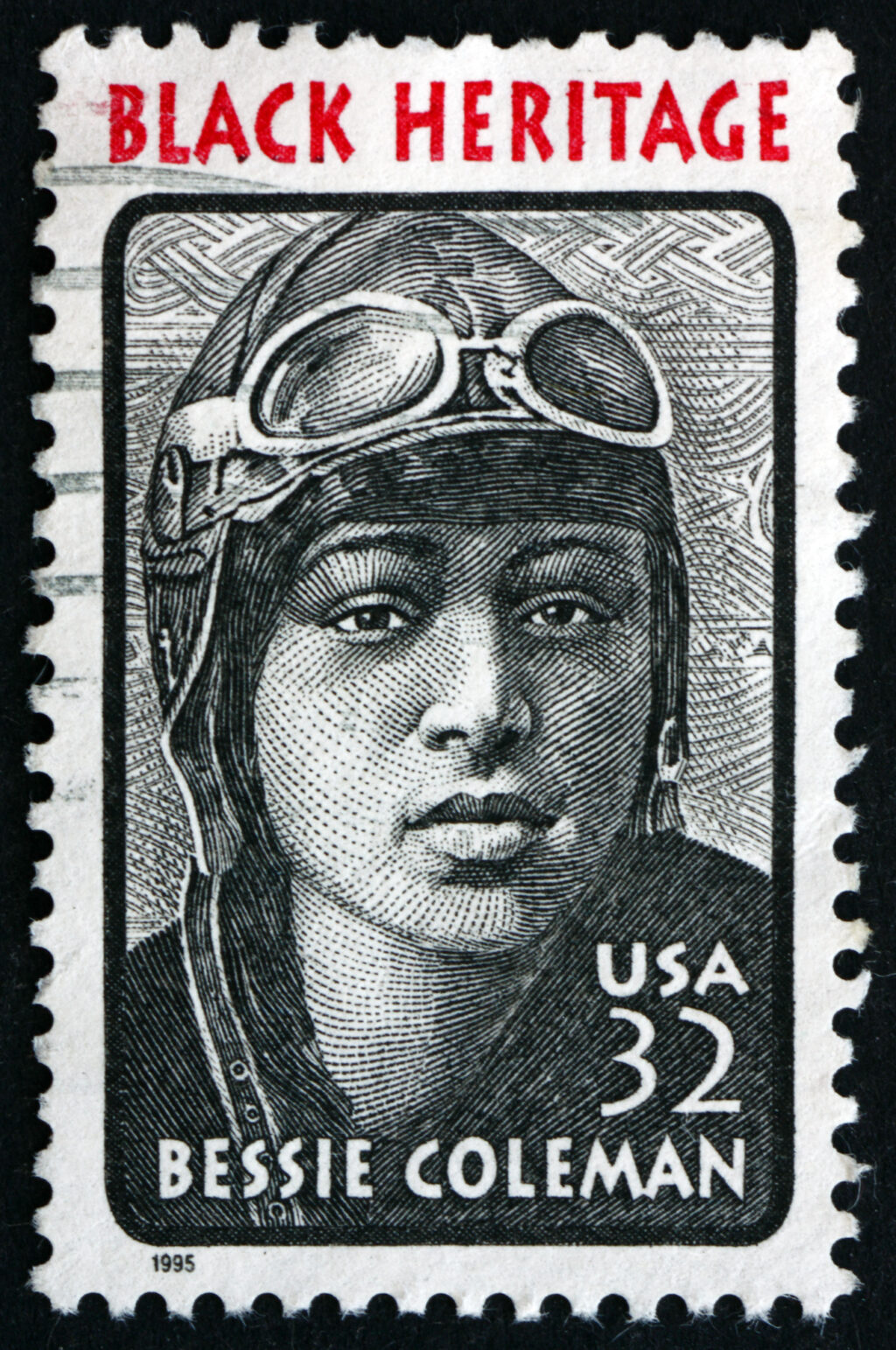 Elizabeth “Bessie” Coleman was born in Atlanta, Texas on January 26, 1892. She was the 10th of 13 children born to Susan and George Coleman. While she was very young her father left to search for better paying opportunities for the family, and she along with her siblings pitched in by staying behind to help their mother pick cotton and do laundry for extra money.

When she was six she walked four miles to school, which was a small shack that often lacked the bare necessities. Due to her innate mathematical abilities, at 12 years of age she won a scholarship to attend the Missionary Baptist Church School. Once she graduated, she moved to Oklahoma to attend a college in Langston. Her attendance was brief due to finances.

At 23 she moved to live with her brothers in Chicago. She worked as a manicurist, and her brother John, in a state of drunkenness, teased her about the lack of opportunities she had as a woman in America. He had just returned from serving in World War I and said the women in France were liberated and could even fly planes. In her biography “Queen Bess,” he is quoted as saying Black “women ain’t never goin’ to fly, not like those women I saw in France.” Always ready to compete with the boys, it was in that moment Bessie accepted the challenge of becoming the first African American female pilot.

Flight training courses were not available to African American women in the United States at the time. So Bessie Coleman took it upon herself to learn French, garner sponsors, and save up her own money. In November of 1920 she began a seven-month flight training program at Caudron Brothers’ School of Aviation. As the only African American woman in the school she was provided with a rickety Nieuport Type 82, a 27-foot-long biplane with a 40-foot wingspan. She carefully inspected it prior to every flight, yet every so often it failed midflight. She said although it was nerve wrecking she never lost her nerve. (Woo chile!)

Her persistence was rewarded when in June of 1921 the Federation Aeronautique Internationale awarded her an international pilot’s license.

Upon returning to the United States she received high praise and coverage. She was a daring stunt woman. For instance, she would parachute to the ground midperformance, or walk on the wings of her plane! Following an accident that caused her to take things slow for about two years, she used the time to lecture about uplifting the Black race. She continued flying for a little longer before eventually plummeting to her death during an airshow rehearsal in Jacksonville, Florida on April 30, 1926.

Her funeral was held in Chicago and attended by nearly 10,000 people. Many prominent African Americans were in attendance to celebrate her. Tributes to honor her life and contributions are still in place today. There is annual fly over of her grave, an aviators club, books, a U.S. postal stamp, and roads named after her. Although young when she died, she left an incredible mark in history.